To Drink or Not To Drink (While DJing)

Let’s drag out the white circle-shaped elephant in the corner. The nightlife industry is in large part designed to at the very least, enhance, and at worst, facilitate the consumption of mind-altering substances. Everything from alcohol to drugs and beyond is on the menu nightly. As DJs, it’s almost guaranteed that you will come in contact with this fact at some point. So the question is (as the infamous D.A.R.E. shirts posited) – should you just “say no”?

As we attempt to walk this razor line delicately, some disclosures and context.

ALL ABOARD THE BOOZE TRAIN 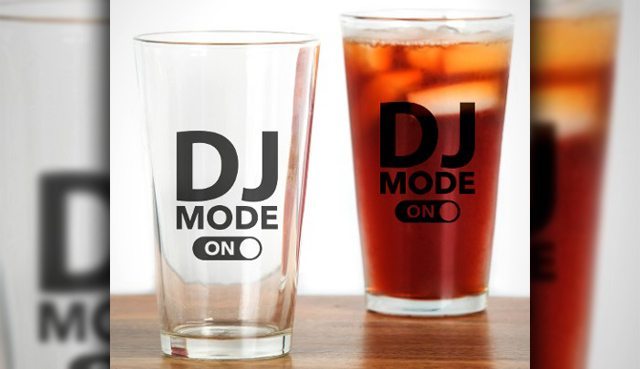 Have you ever seen a DJ booth and not spied a drink nearby? The answer is probably not and the reason simple: most dj’s are usually shy or a little bit nervous, and a few drinks could provide a quick shot of confidence.

Cerebral cortex: In this region, where thought processing and consciousness are centered, alcohol depresses the behavioral inhibitory centers, making the person less inhibited; it slows down the processing of information from the eyes, ears, mouth and other senses; and it inhibits the thought processes, making it difficult to think clearly. (Source: How Stuff Works)

This inhibition decrease is the first thing to occur after a drink, but it’s short-lived and the longer-term effects (slower thinking and reaction time) stick around for a much longer. Further drinks start to impair motor function and response time but no longer provide any inhibition benefits. In short, that first drink might take the edge off but long term it will effect your ability to mix.

Before reaching for a drink to relax yourself pre-set, consider that there might be more effective ways to get the same results.

While DJing drunk can feel like a lot more fun, you have to ask – I am really doing a better job?

Here are two common arguments for substance intake while at the DJ helm:

“The crowd is off their head, so it’s nearly impossible to really play what they want or be in the same place without going there. If you have never done any drugs, then it’s impossible to understand and therefore “play” to a crowd that is in that experience ”

The second idea holds a little weight, but doesn’t work out logically. If you have been in any kind of an “altered” state in the past (which could also be ecstatic dance or meditation btw), then you probably have a pretty good idea what that guy on acid is feeling like right now. It’s not really essential for you be on drugs in order to play a set for those that might be.

At the most basic level, DJs are given responsibility to make smart musical decisions for an event.

It becomes very hard to make good judgment calls when your decision-making centers and motor skills are seriously impaired. As the previously cited article notes, various parts of the brain are affected with more alcohol. The first drink largely limiting inhibition (generally not a bad thing) but further drinks resulting in mostly negative effects.  So, if you must drink, then just be smart and keep it in moderation.

If you do find that drinking greases the wheels of creative song selection, then we invite you to imbibe like a professional, not an amateur – you are in fact get paid to party after all. Here are five tried and true techniques for going the distance without running into the ground.

If nothing else – then please consider your ears and the effect of booze on your perception of noise.

Monitor abuse during a set laced with the sweet taste of Johnny Walker is almost guaranteed. Unless you want to take the direct flight to tinnitus, it’s advisable to keep drinking in check while at the helm of a mixer. Read more about how drinking can cause tinnitus in this DJTT article.

IN FOR THE LONG HAUL

While many people get into DJing as a way to finance their party lifestyle, I would suspect the majority of our readers are in it for the creative thrill and musical challenges that DJing presents. The average party-goer can afford to go overboard and then check out for a while to recover from a serious party binge.

However, if DJing is a life choice, then it’s critical to take the “long haul” approach and avoid toxic burnout at all costs. For some DJs that may mean a totally sober approach, while for others simple moderation could be enough to maintain balance. One thing is guaranteed, partying like you’re on the dance floor is not a sustainable path to a healthy career.

Habits of Highly Mediocre DJs + How To Avoid Them