Making a piece of music is only half the battle. Individuals forget after they signed a contract with a label, the next step in the business of music. Who owns the actual master recording? How is the label working to secure all of my royalties? Should I register my track for further protection? I have over 1,000 plays on YouTube, does that mean anything? Will I ever see any money?

In this article texas attorney, Saleem Razvi will try to answer these questions and present a way for the electronic music industry to gain more revenue for artists.

Streaming Is Taking Over 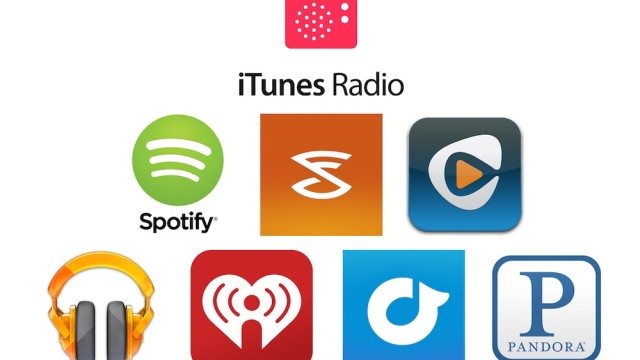 Everyone knows sales are down and streaming services and on demand players are the ways consumers currently seek out music. According to Mark Mulligan, MiDiA Research, streaming levels will reach “$8 billion in 2019, download revenue will decline by 39% – only five percent less than the rate at which CD revenues will fall – leaving streaming and subscriptions representing 70% of all digital revenue.”  With digital stores like Beatport moving towards a similar service, where does the artist stand?

“A piece of music in the US is technically copyrighted when a “work is “fixed” in a tangible medium of expression . . . under the authority of the author, is sufficiently permanent or stable to permit it to be perceived, reproduced, or otherwise communicated for a period of more than transitory duration.” (17 U.S. Code §101)

So when you post a sample on Soundcloud, it can be listened to or perceived by listeners across the globe and there are laws in place affecting the protection of the posted work. You don’t have to file for a copyright or mail yourself a CD to own a work. Registering your copyright gives you additional advantages, but independent artists don’t usually have time or money to file for every song. So what’s next?

Your Music And Royalties Belong To? 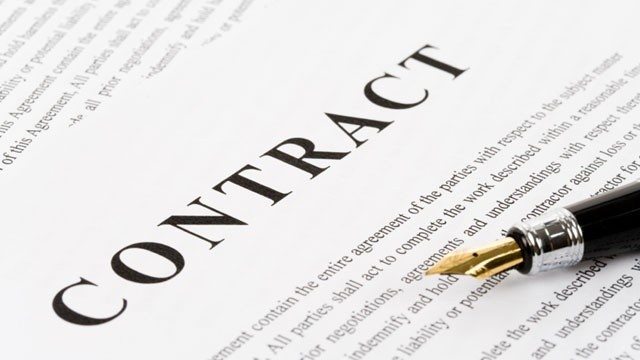 Most electronic producers create and record their own music, so they own both the master and publishing related royalties; unless, they are given to the label contractually.  The master royalties are those generated by actual sales of the song and by streaming services (Spotify, Pandora) and on demand player sites like YouTube. Publishing royalties cover performance royalties which I will come back to.

I personally have talked to and collaborated with top selling producers who don’t expect to see residuals or payments from labels when they release a track, so why is that?

For example Aloe Blacc stated, “Avicii’s release “Wake Me Up!” that I co-wrote and sang, was the most streamed song in Spotify history and the 13th most played song on Pandora since its release in 2013, with more than 168 million streams in the US. And yet, that yielded only $12,359 in Pandora domestic royalties— which were then split among three songwriters and our publishers. In return for co-writing a major hit song, I’ve earned less than $4,000 domestically from the largest digital music service.”

What Is A Stream Worth?

So what is a stream worth? You can see in the table below, a single stream is not worth much and is split when paid out. Spotify retains 30% of the royalty and sends the rest to the label or distributor. 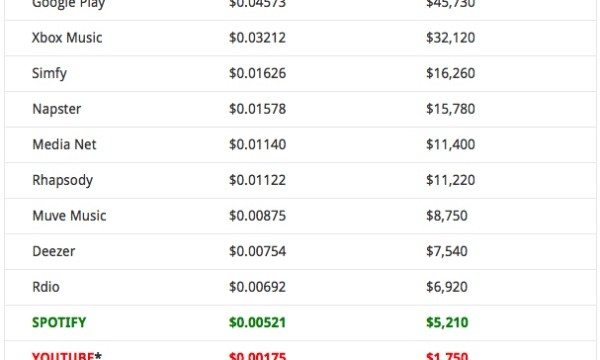 Spotify claims with more paid subscribers the pay out will increase, but will it ever be enough when most underground artists never see over 1000 plays a quarter?

YouTube plays also generate royalties. YouTube sends the royalty payment to each performing rights agency to distribute to the songwriters and publishers. The main three performing rights agencies (PROs) are BMI, ASCAP and PRS (UK).  If a video has an advertisement, the money generated from the ad will also be shared with the rights owners. Distributing companies like Symphonic Distribution and Label Engine both have tools to capture YouTube payments for labels using their services. These companies also have new tools to monetize a label’s Soundcloud account.

Why Should You Register Your Music? 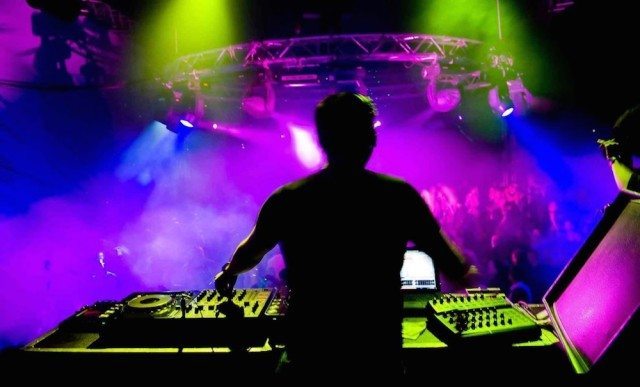 When a song is broadcasted or performed publicly it generates a performance royalty. These plays are reported to performing rights agencies to then distribute to songwriters and publishers. If my song is played outside the US for instance, it may not be reported to BMI or ASCAP if I am not registered with the performance rights agency in that country. No independent artist has the time or the know how to register every song they create in every major country they expect to get plays from or perform in.

So now your probably thinking, when I DJ and play my own track that should generate a public performance royalty? That is correct, but it doesn’t happen. I spoke to Tony S. from Sugar Shack Recordings about this topic. We both agreed, it is the clubs’ and festivals’ responsibility but who is enforcing the rules? What DJ wants to turn in a playlist every night or report their plays to PROs? Tony S. went on to express how piracy is still a fight artists are dealing with everyday.

“With the RIAA and no one else taking responsibility for enforcing the rules how can artists and labels make a living making and performing underground music.”

Tony went on to express the alternative view to worrying about sales and capturing royalties expressed across the industry from Trent Reznor to Golf Clap.

“If a stream has no standard for what its worth, bigger labels have the power and no one is enforcing anti-piracy laws then artists should just give their music away for free. Build a fan base to support their performances and get paid knowing you have that support.”

Registering your music with PROs should be done so royalties an artists or songwriter are due are captured. It is a start in the right direction and without knowing what payments we are missing, how do we move forward?  Do we step up using new technology to capture plays or do we come together to develop a new system.  We invest equipment and days into music, yet the royalty rate for the actual product is small in comparison. With more streaming services like Tidal being created to capture the new market, how will the underground DJs and producers bringing music to millions of people every day respond?

About the author: Saleem Razvi is a Texas Attorney, producer, DJ and co-owner of Unscene Records.  Saleem is passionate about music and fair compensation for underground artists.

Should artists give their music away to build a fan base or try to monetize from streaming services?