Novation had enormous success with the original Launchpad thanks in large part to viral Youtube performances from artists like M4SONIC and Madeon. However the Launchpad started to show it’s age with the release of the AKAI APC40 MK2 and Ableton Push. Novation has finally released a true successor to the original launchpad, the Launchpad Pro with RGB velocity sensitive pads, note mode, and several new mode buttons for extra control. Is it worth the upgrade? Mad Zach puts the Launchpad Pro to the test.

The new Launchpad Pro is basically the same as the original launchpad, with some substantial improvements to quality and feel of the pads, a few new function buttons, an orange bottom plate, and an array of ravey RGB leds. Its larger than the original, and also features an optional power supply, and midi in/out ports for use with hardware.

Overall it would be an improvement over the original for finger drummers. However, they implemented (rather thoughtlessly IMO) a row of buttons at the bottom which contain train wreck buttons like “stop clip” and “volume” which – if accidentally pressed during a live moment at a show – could VERY easily result in an absolute trainwreck. These function buttons are positioned directly next to some of the most critical pads which I typically use for the drums and core bass sounds. 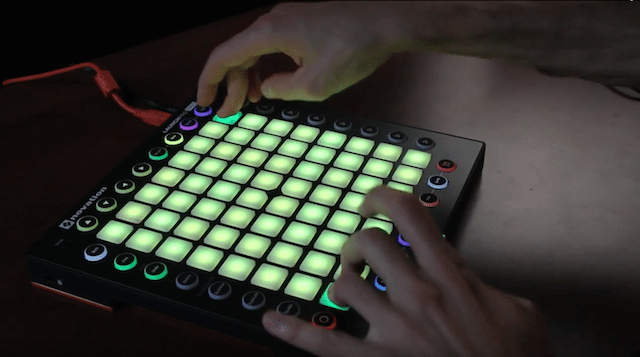 The main improvement here is the texture, density, and elasticity of the buttons, which are not only way more playable, but also now offer velocity sensitivity and aftertouch. As a button connoisseur, I can say with confidence that these buttons kick ass in terms of feel. However, they are still much too small for me. I’d love to see buttons with this same feel, but on a slightly larger scale (think midi fighter sized buttons with a slight rectangular shape ala the Push).

Personally I don’t really use velocity or aftertouch, but the feel and playability of these buttons is great. They’ve also added RGB Led’s to each button – which can be programmed from Ableton or Max/MSP. You could use this feature to make some flashy colorful light shows if you’re into that.

I like the new buttons on the left as they make recording and looping live stuff really hands on and much more “live” than before. Its an improved workflow if you want to record a clip, layer some stuff over it, make new clips, switch instruments, and build up a song idea on just the controller. Buttons like record quantization, undo, delete, and record could keep you pretty focused on the controller vs. constantly having to go back to the computer.

I also dug the velocity sensitive sliding for parameter adjustments, but I can’t say I’d use the launchpad to control parameters. Device mode could be fun and useful IF you set up good macro’s in advance, but in terms of the automap for this view I found it to be kind of useless. My biggest complaint is definitely the placement of the bottom row of function buttons as mentioned before. These bottom row function buttons would be pretty useful if they weren’t in the way and potentially dangerous for a performance. 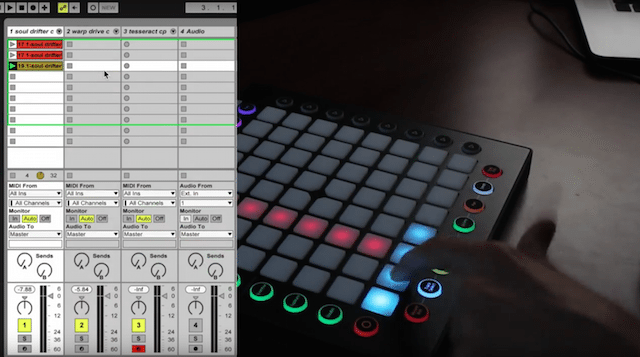 I found it to be truly plug n’ play. The Launchpad Pro worked smoothly without any installations. I also thought the velocity sensitive parameter change speed thing was cool but – I would never use it for that purpose. I also experienced several “freezes” where everything would freeze and stop working until I unplugged and plugged back in. This was disturbing to say the least, and made me skeptical of using it in a high pressure situation.

At $299 compared to $169 for the original launchpad, I’m not sure its worth the extra money. The buttons are better, yes, but if you’re after the nice buttons, then you’re probably wanting to finger drum, and if you’re finger drumming, the row of show stopping function buttons at the bottom would potentially negatively outweigh the gain of the nicer pads. I also found the orange theme to be tasteless.

Furthermore, if you’re traveling for gigs – its a bit larger and heavier than the basic model. The midi port is cool but if you already have a midi port on your audio interface then that won’t really be a big deal.

Thinking of buying the Launchpad Pro? Please support DJTT and purchase it in our store.

Review: Novation’s Circuit Tracks is an even better Circuit groovebox