The Beatport Sale: What You Need to Know

Beatport has been up for sale since February of this year, and finally the hearings that will determine the buyer take place later this week. Twelve years after the digital-download store was firmly established, the online platform for electronic music is about to find out what the future holds – read on for some background knowledge on the company and the sale process.

As previously reported, Beatport’s day of reckoning should have already come and gone, however, due to some last minute requests by the interested parties, the auction day has been postponed to May 26th.

“At the request of interested parties who require more time to finalize their bids, we have agreed to reschedule the Beatport sale hearing to the next available court date on May 26,” a Beatport statement outlined.

There are 24 parties that have issued an interest in buying the download and streaming platform, with 18 signing non-disclosure agreements. Any further updates, will be posted and published when the news becomes available.

After a brief, tumultuous history with SFX, Beatport and its associated assets have been up for grabs since February this year. A motion was filed in the US bankruptcy court of Delaware detailing the cause and process of the resulting sale, outlining the history of SFX’s involvement and as to what can be purchased during this period of acquisition. As to who will buy the company, musically wrote the following:

“SFX had interest from 24 potential buyers, with 18 of them executing nondisclosure agreements to perform due diligence, and three submitting preliminary indications of interest.”

The sale hearing will be held on May 5th, and more news about the store’s future will be reported on and updated as, and when the news comes in. As of yet it’s only possible to speculate about whom the bidders are, how much it will be sold for and what will happen to the platform. Speaking to createdigitalmusic earlier this year, commenting on who the bidders are, Beatport responded as such:

“We’ve been contacted by, and are in discussions with, numerous companies interested in Beatport’s complete platform (store, streaming, video, etc.). The level of interest speaks directly to the value of Beatport and makes the chances of not finding a buyer highly unlikely.”

Is There Really Value In Beatport’s Assets? 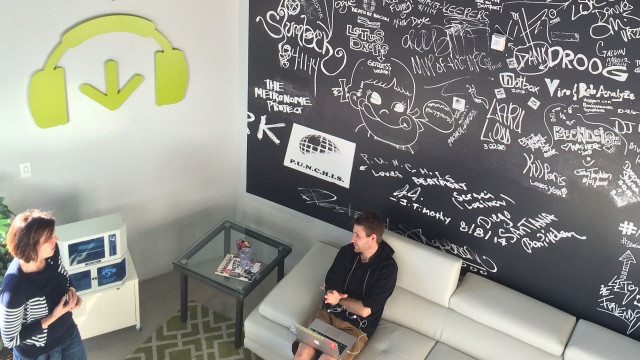 With the all the naysayers, and market doubters out there, DJTT will stick our head out to give you a marked opinion. As a market leader, Beatport was still worth $39.1 (million) in 2015 with 5 million registered users on the books – in comparison, Spotify had 20 million paying subscribers at the same point last year. Beatport also has 43,000 content suppliers –in the form of independent and major label relations, a consequence of its years of content acquisition processes and product exclusivity hunting.

Even with the likes of Traxsource stealing some of the store’s market dominance, it is still clear to those DJing with MP3s and other such formats, Beatport is still an important outlet for the majority of the DJ community. Since 2004, Beatport adapted to several disruptive factors; the rise of digital DJing, the growth of supply and the introduction of streaming, and as such, it has the capacity as an organization to adapt to a multitude of future-shocks.

Now, with new ownership on the horizon, the company has the potential to allow new ownership and investment to redefine and reset its model-template, as it is unlikely that anyone would want to purchase the firm for any untoward reasoning. Although downsizing may be a possibility, change is coming, and it might be an overall good thing for the customer.

Stay tuned to DJTT this week as we’ll cover the news from the sale hearing and any additional updates – here’s hoping that at the end of the day, DJs benefit from this potentially major shakeup in the industry.

Guitar Center in Chapter 11, PSSL out of business – but DJs should shop locally

Beatport Is Taking A New Approach To Genres