Many people think that the Pro DJ Link protocol that Pioneer DJ gear has is only intended for putting an ethernet cable between two units and sharing the content of a USB drive and BPM info for using the sync feature. But the reality is that Pro DJ Link is a solid and powerful protocol that Pioneer DJ has developed and fine-tuned over years. It lets you share metadata between four or more units, load music from a computer or a phone, or even convert every action of the players in MIDI commands using third-party software. Today is part one of a two part series explaining the secret powers of Pro DJ Link – read on!

Pro DJ Link is an embedded protocol present in the Pioneer DJ CDJ and XDJ players. It’s also in their production gear, the TORAIZ SP-16 and DJS-1000 sampler. The XDJ-RX and XDJ-RX2 all-in-one units also have a “lite” version of the protocol called “Link Export” (more on that on that later). The protocol can also interact with the “Export” mode of the Rekordbox software and with the Rekordbox app for Android and iOS.

Pro DJ Link works using a basic ethernet network. Each compatible player has an RJ45 ethernet connector on its back panel (except for the TOUR series devices; they use EtherCon). Not every modern player sold in the Pioneer DJ catalog is compatible with Pro DJ Link; the CDJ-850 and the CDJ-350 are not compatible and don’t have ethernet ports. With older model units still found in clubs, the original CDJ-2000 and original CDJ-900 (commonly called “non-Nexus” editions) will give you problems using the Rekordbox app for Android and iOS.

What Can You Use Pro DJ Link For?

Pro DJ Link can be used for the following purposes:

What is not for?

The XDJ-RX/RX2 don’t have Pro Link connections, but they can also use a “lite” version of Pro DJ Link known as “Link Export”. For “Link Export” you will need to connect your unit using a Ethernet cable to a computer, and the only available function is to load music from the computer directly to the unit.

The DJS-1000 and the Toraiz SP-16 can connect to Pro DJ Link for syncing features, but can’t load or share media from another unit, computer or mobile app, only from its internal or directly connected storage. In the computer version of Rekordbox, the Toraiz SP-16 and the DJS-1000 will not show up as available devices, but be careful because in the iOS and Android apps for mobile devices, that devices will show as usual players in the apps. If you try to load a track from the mobile apps to those devices, nothing will happen – there won’t be any kind of crash, but it may annoy you if you are not aware.

The old CDJ-2000 and CDJ-900 (non-Nexus) can’t use the wireless features of Pro DJ Link, nor the iOS or Android apps directly.

What You Need For Pro DJ Link To Work 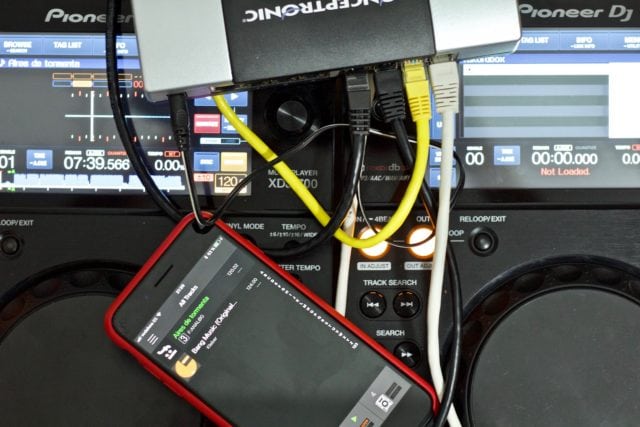 How To Number Your Players

The first thing you need to learn is how the players get “numbered” by the Pro DJ Link protocol. If you go to the Utility Menu and go down to the “Player No” option, you will see that you can select the number the player will get when you connect it to a Pro DJ Link network. This might not seem important in 2 player setups, but but if you are using 3+, you’ll find it very useful, especially if you are loading music from a computer or an app (they only identify players by their numbers).

Going back to the Utility Menu’s “Player No” option, you can change the number – but remember:

The most basic Pro DJ Link rig is a two players setup. Assuming you don’t want to use your computer as part of the network, just plug the same ethernet cable to both players. That’s it. If everything is OK, in the Utility menu the Link Status of both players will show “Connected”. In this rig, you don’t need a switch or anything else.

With this simple setup, plug a media storage device to the USB port in one player, and access it through the “Link” button (or icon in the screen) on the other device.

In this setup, smartphones and tablets with the Rekordbox app can be used as a Link source. Just connect a cable (USB or Lightning, depending on iOS/Android) and open the app. The smartphone will act as a USB drive, so you have to choose USB in the player that has the connected mobile device, and Link in the other player. You can load music from any of the players, and in the app you can load directly to any of the players by tapping on the icons on the bottom of the app: 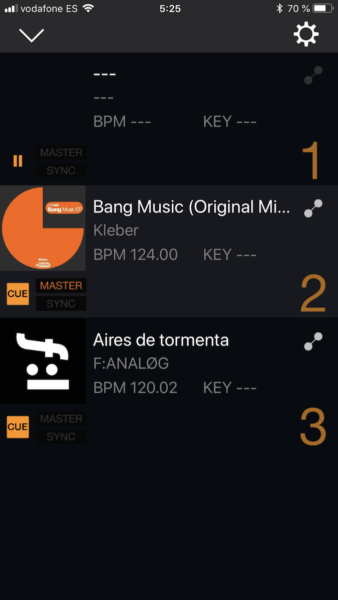 This is a good moment to talk about the “Duplication” option, found in the end of the Utility menu. When you select that option, the settings of the player (like background color, screen brightness, etc) will be transferred to the other linked players. If you choose “All” and press the encoder, you’ll see the message “Duplicated” in red on every player screen and the settings will have propagated.

Want to connect more than two players? You need an ethernet switch. Simply plug the switch to its AC adapter and then plug every player with an ethernet cable to the switch. Turn on the players and every player should see each other.

TIP: If you have a Denon X1800 mixer, despite not being a Pioneer DJ mixer, the switch in the back panel can be used for Pro DJ Link functions – except using the BPM info for the mixer’s effects.

If you connect a computer to the switch and launch Rekordbox in Export Mode, the software will detect the Pro DJ Link network and a tab in the bottom of the software with the link icon will appear. If you click the icon, “Please permit it on the CDJ to show icons” will appear, then press or tap on the players’ Rekordbox button and a “Please push the rotary selector to permit mobile connection” text will appear on screen. Once pushed, you can load music straight from Rekordbox onto your CDJs! Amazing.

You can also directly load music from the Rekordbox software; simply select a track and click on the icon of the player at the bottom of the software. It works in a very similar way to how the mobile app works. The Rekordbox software not only shows the icons with the players, but also shows if the players are playing music, are paused, or the cue is active. 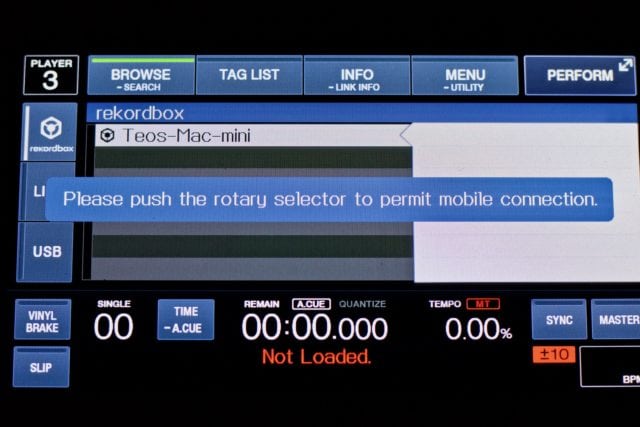 If you have a wireless router with an integrated switch, you can connect every player to the router, and can connect computer/phone-based Rekordbox libraries over wifi. When connected wirelessly on a computer, the Rekordbox software will detect the Pro DJ Link network and automatically show the Link icon in the bottom of the screen. 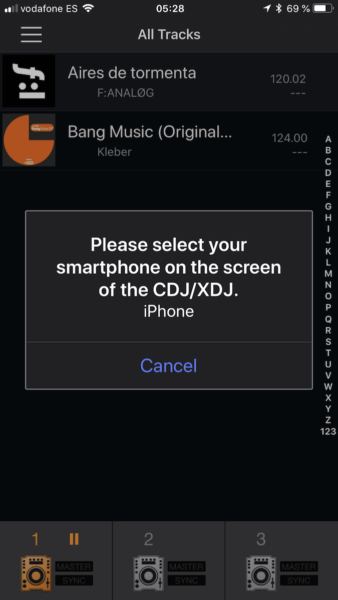 If your Pioneer DJ setup is too far from your wireless router to use the built-in Ethernet ports, there’s a simple solution: connect every player to an independent switch, and then connect one of the ports of the switch to the wireless router using a long ethernet cable. The devices connected to the wireless network will not have any problem to find the Pro DJ Link network and connect to it.

Have any requests or questions? Ask Teo in the comments below.

Recording on DJM-900 + Traktor: How To Quickly Record Your Set