Can Music Make You Sick? Safeguarding Your Mental Health | ADE 2018

At DJ Tech Tools, we’re big time advocates of self-care and mental health awareness. Having covered this topic regularly, we were stoked to see an ADE panel furthering the discussion and absorb a few key takeaways from the panel. Today, DJTT contributor Tom Hricik takes you inside Shanti Das’ new project, Silence The Shame.

A Hectic Week at ADE

It was Friday morning at Amsterdam Dance Event. Having had a bit of a wicked evening the night prior, I was feeling a bit under the weather, and not particularly excited to get out of bed.

For those familiar with ADE, this is typical. When you couple a business conference with a massive music festival, you’re sure to have one or two mornings that are particularly rough. Even still, I made it over to Amsterdam’s famous Melkweg club for a panel session called “Silence the Shame: Guarding Your Mental Health in the Modern Day Music Scene”. To be honest, it was exactly what I needed to hear during such a crazy week.

The segment began with a discussion of a few particularly disturbing statistics about the poor state of mental health in the music industry, and lead off with the question of the day: can music make you sick?

Can Music Make You Sick?

While music itself obviously cannot cause you to fall ill, there is mounting evidence showing that the lifestyle of those in the music industry can be directly responsible for a variety of mental health issues.

Sadly, the statistics are there to prove it, too.

What Is Silence The Shame? 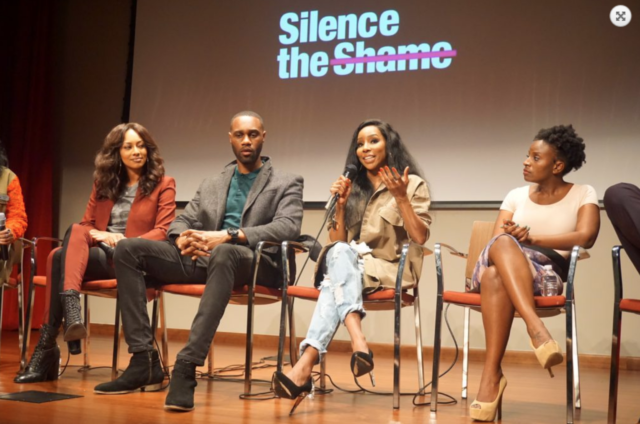 Silence the Shame is a project spearheaded by Shanti Das, author of bestseller “The Hip Hop Professional: A Woman’s Guide to Climbing the Ladder of Success in the Entertainment Business.” Das has been an industry executive, and has worked for LaFace, Arista, Sony, & Universal Motown Records. She has also served as the marketing manager for numerous high-profile acts in the Hip Hop world, and is often referred to as the woman who broke Outkast on to the scene.

Her most recent project has a goal that is slightly different: spreading awareness about the mental health concerns that exist in the music industry.

In other words, she wants to do something about a problem that continues to impact our industry.

It seems like the electronic music community is becoming more accepting of artists during moments of vulnerability, Hip Hop has a long way to go with being an inclusive space that is accepting of the multitude of issues that can impact both artists and industry employees alike.

“You gotta be okay with not being okay sometimes.”

Das talks about her legacy in the music business, and the rigors that we all are familiar with: sleepless nights, 20 hour workdays, and endless stress. She revealed that, despite having an illustrious career and being financially set, these factors eventually drove her to dangerously close to a suicide attempt.

It was not long afterwards that she decided enough was enough, and it was time to seek help. For DJs, this workload is entirely relatable.

Everyone from mobile event DJs to headliners at music festivals are used to the constant hustle and grind that it takes to maintain a career in the music business.

“Working 20 hour days, never eating, it was weighing me down! #NoSleep is a good thing, but it’s not. You’ve gotta create balance in your life.”

Feeling stressed out? Get some help!

How DJs can stay happy and productive during a pandemic: Lessons from China