As predicted, Pioneer has released its answer to the emerging controller market, the CDJ-2000–an impressive and ambitious piece of kit with a comprehensive list of features the company hopes will address most modern DJ’s needs. Is the Pioneer CDJ 2000 just what the market needs or a little too late? You will be the judge of that… 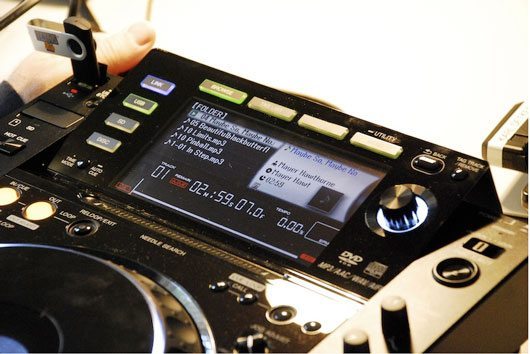 Some of the main features are:

The HID controls were implemented into the players for superior interfacing with software, faster communication speed over MIDI, audio/visual streaming and two-way information on displays. HID enables easy, precise and native control of DVS systems such as Serato™ Scratch Live, Native Instruments’ Traktor series and MixVibes Cross2, without the need for time-coded discs.–Taken from the Pioneer DJ CDJ-2000 and CDJ-900 press release.

The CDJ-400 is now fully supported via HID in Traktor 1.2, so I imagine all functions on the CDJ-2000 will also be supported with 2-way communication and fast platter response similar to what you experience with the VCI-300 and Itch.  The downside is that the HID mappings need to be hard-coded in the software, and cant be modified by the user. So like the CDJ in general, what you see is what you get—no creative re-working of the control surface. For those who don’t need razor tight-platter control for scratching, the CDJ-2000 does support MISI output on all the controls, so you can map it to suit your needs. It’s unlikely that you can have the best of both worlds though, and must pick between HID platters or MIDI programmability.

By linking together multiple CDJs via ethernet, you can play music on all of them from a single data source, including MP3, AAC and WAV formats on CDs, USB memory sticks, Data DVDs and SD cards.

The new turntables feature Pioneer’s Pro DJ Link that enables up to four CDJ-2000/900s to be connected via the Link Port to share a single music source, whether it is a hard drive, USB and/or SD memory card. Once linked, users have the ability to quickly find, display and choose the music file from a connected source through the CDJ’s built-in display and control knobs. A quick turn of the knob lets users scroll through created files and folders and a push of the knob confirms the song choice.–Taken from the Pioneer DJ CDJ-2000 and CDJ-900 press release.


Music preparation and organization is the core feature that makes DJ software significantly more powerful than records or CDs. Pioneer hopes to recognize and address that fact with its stand-alone software:

Both the CDJ-2000 and CDJ-900 turntables include rekordbox™, Pioneer’s proprietary music management software that organizes and catalogs a DJ’s entire music library. When music files are imported to rekordbox, the software analyzes each file and prepares them for use specifically with the new CDJ turntables. Key elements of Pioneer’s rekordbox software:

o Beats Per Minute (BPM) Data – BPM/Tempo information for each song is identified and processed into rekordbox for use by the DJ in preparing and performing a set.
o Waveform Data – The waveform of each song is identified and then displayed on the bottom screen for quick data visualization and for use with the needle search function on the CDJ-2000 turntable.
o Tag Info & Artwork – Edit and customize the file information to performance needs.
o Hot Cues, Cue Points and Loops – Prepare and customize cues and loops as well as create and manage hot cue banks.
o Playlists – Create, edit and manage customized playlists for various performances.
o Beatgrid – Utilizing the new Quantizing feature, cue points and loops can be set perfectly on-beat. The Quantize feature ensures cue points are set accurately and automatically, correcting and syncing beats during manual looping or a real-time cueing, preventing off beat mistakes.–Taken from the Pioneer DJ CDJ-2000 and CDJ-900 press release. 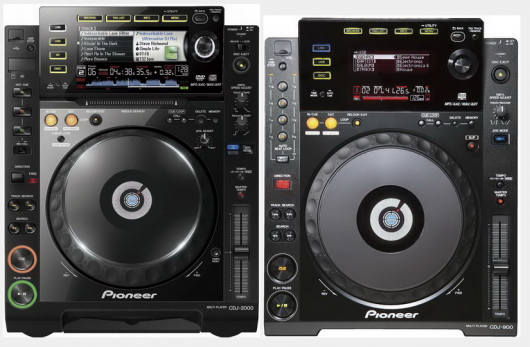 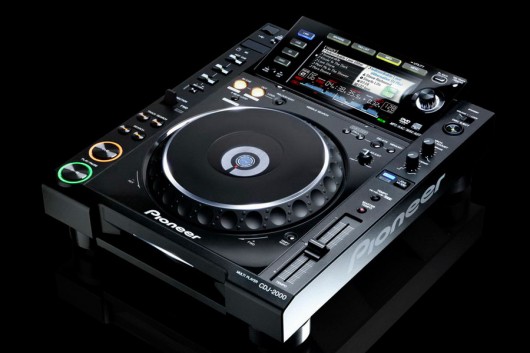 The CDJ-2000 is a goodlooking player; it’s well thought out, built for professional use and could serve a lot of DJs’ needs. No DJ is going to complain about having access to a full-sized control surface that is already set up in a club. I would gladly use 1 or 2 for a few more decks of control, but is anyone going to plop down $2K to own one when they can purchase some pretty compelling MIDI controllers for half the price? That’s a pretty tough sell in a time when good enough really is just that, and most people are perfectly happy with a $200 flip cam over the $900 Cannon version.  The only question that remains: “is the age of the CDJ over, or will this be the dawn of a new standard?”

What is the Best Pioneer CDJ for You?