After more than a year of big-time hype, Celemony’s Melodyne Editor software with Direct Note Access (DNA) is here. So… should you have believed said hype? DNA promised to allow Melodyne Editor users to manipulate the pitch, length and timing of individual notes within polyphonic material. In the case of this version of the software, that polyphonic material is meant to be chords played on a piano, synthesizer, guitar, other stringed instruments, etc. However, it’s tempting to get one’s hopes up about Melodyne Editor as the be all and end all of isolating vocals and instrument parts from stereo mixes, so that DJs and remixers could have carte blanche to any part of any track they desire. After the jump, we explore and the can-dos and the can’t-dos of Melodyne Editor.

Let’s Get Ready to Jumble


Melodyne began as a unique audio editor that could not only correct the pitch of audio material such as a lead vocal or guitar solo, but also gave the user unprecedented manipulation of the length, timing and pitch of each note of a piece of monophonic audio. With Direct Note Access (DNA), Melodyne Editor moves deeper into polyphonic audio editing.

The implication that this advance has for digital DJs, especially as four-deck DJ software becomes more widespread, is that we will have greater ability to rip individual parts out of songs, edit their notes and keys, and run them as loops or tracks in a third or fourth deck during a set. Remixers will also have a world of new options for working with stems of songs if they’re available, and greater flexibility to remix without stems. 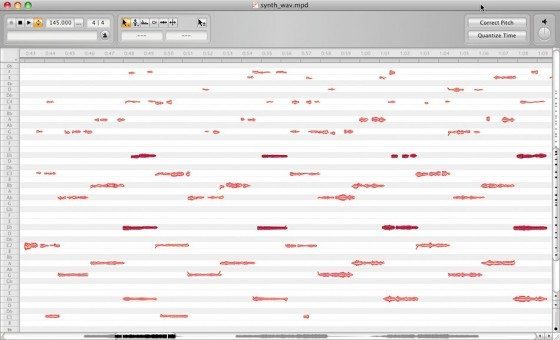 DNA’s stated purpose is to open up each individual note within a chord so that you can edit its placement, note length and pitch, giving you the ability to construct virtually any chord you want out of the original. In my tests, Melodyne Editor did this just about perfectly.

If you have access to a song’s stems, or you have a track where chords or even vocal harmonies are played back by themselves in the mix, it’s easy to take control over the notes in those chords and make them do your bidding. Just drag the audio in the Melodyne Editor window and make sure the Algorithm menu is set to Polyphonic.

The software arranges “blobs” of audio notes in rows according to the pitch of each note. You can edit note freely, or choose a scale so that Melodyne will  restrict  the movement of the blobs to only notes within that scale. You can also choose to lock in the notes’ timing with sophisticated quantization meant to preserve the musicality of a performance.

The only problem with using DNA is that Melodyne often detects notes that are actually just overtones of other notes. However, the manual and Celemony’s online videos show you how to deactivate those false notes and merge their audio with the proper notes before you edit them. In my opinion, DNA is a huge advantage and creative oasis for remixers and DJs looking to manipulate music in new ways. 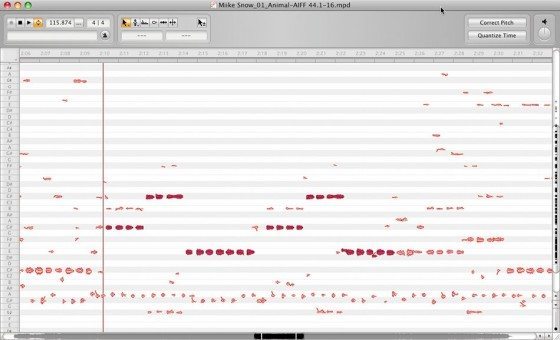 Here we’re getting into territory that stretches the limits of Melodyne Editor’s power. Celemony doesn’t claim that you can use this software to pull individual track parts out of fully mixed stereo music files. However, when the conditions are right, you definitely can do it.

In the recent Remix Without Stems article, we describe how to use EQing to isolate parts of tracks to be used in a remix and used Miike Snow’s “Animal” as an example. With the benefit of Melodyne Editor, it’s possible to isolate track parts that are far and away cleaner that what you can achieve with only EQs. You’ll have the best results with songs or breakdowns of tracks where only drums and one or two other instruments are playing at once. Using “Animal” again, we were able to isolate certain melodic parts entirely. Once a part is isolated, you can edit it within the context of the rest of the track, or delete all the other audio and use those parts on their own (see the accompanying video).

This is another fantastic tool for remixers and DJs, but don’t expect this to work across the board. With very dense mixes or when vocals are present, the results are less – or not at all – useful.

Test: Ripping an A Cappella Vocal from a Song 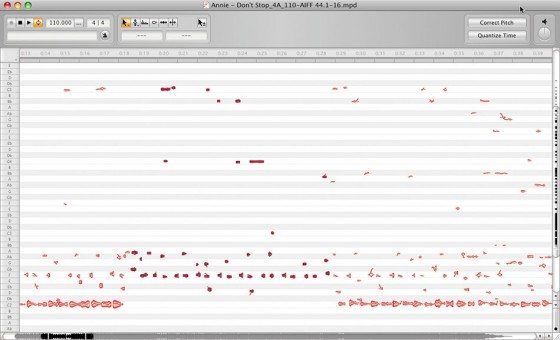 Bootleg remixers will be able to claim total victory when a piece of software is magically able to pluck a vocal out of a song for them to do with as they please. I emphasize “when.” While the signs are there that someday we’ll have the technology at our fingertips to pull vocals and any other part out of a stereo mix at will, Melodyne Editor is not there yet. The exception of course is if you have a simple monophonic vocal playing over just some drums or maybe a simple bassline. But for the majority of songs where the vocal sits amidst a complex bed of music, don’t count on Melodyne Editor being able to salvage a clean vocal for you (see the video).

Next software update perhaps? It took Celemony more than a year from the announcement of DNA to ship the finished version of Melodyne Editor, so the next big advancement may be a ways off, but DO get your hopes up for the future.

VERDICT: Not in this go-round.

• Operates as stand-alone software or a plug-in (VST, AU, RTAS)

Review: Audionamix Xtrax Stems 2 – The Next Step in Track Separation?