A recent DJ TechTools round up of soundcards sparked some queries about whether latency is a bigger problem on Mac or Windows machines, or if it’s a moot issue these days. Latency is a murky issue with many factors affecting it: the number of audio channels and effects being used, CPU power, and more. However, one of the most important factors is the audio driver at work. To get a better handle on what the differences are when creating audio drivers for both Mac and PC, we asked a couple of third-party audio hardware developers who produce products for both platforms.

In the interest of full disclosure, we should own up that most of us at DJ TechTools are die-hard Mac users. In our years of testing different computer-based audio systems, both the observational and anecdotal evidence suggest very strongly that—all other factors being equal—Mac systems since the improvement of Core Audio in Mac OS 10.2 produce lower latencies than Windows systems. We understand that with a great PC running optimally, latency can easily be negligible for DJing and live music performance, but let’s look into the differences.

Mac computers run OS X, which includes Core Audio, a built-in programming environment for generating, recording, mixing, editing, processing and playing audio on the computer. While some audio hardware developers for Mac choose to include their own audio drivers with their products, many of them simply use Core Audio and can achieve low latencies. Windows systems include DirectSound and a USB class audio driver. However, when latency is a factor most hardware developers use third-party ASIO drivers to achieve lower latencies for their products.

Generally speaking, ASIO drivers are no less capable of delivering low latencies than Core Audio, a stance backed up by Steve Macatee, Director of Product Development at Rane Corporation. “We consistently see ASIO and Core Audio performing with the same high quality and low latency,” he said.

So what’s the problem with Windows for audio? For small-staffed audio companies, some of it comes down to personnel hours available for testing and coding. The potential for PC audio may be for naught if the developers are too overworked to tap into it.

Speaking on behalf of the Novation Software Development Team, Dave Hodder, Product Development Engineer for Focusrite/Novation, explained that “The Mac development path is well defined, so you can focus almost immediately on writing the audio engine itself. On Windows, there are several ways to make a driver, and they don’t focus on high-performance audio, so there’s a lot more work to do before developing your audio engine. But the Windows development tool chain is arguably better than the Mac’s. Analyzing a crash dump after a ‘blue screen of death’ is a joy compared to the Mac.”

Macatee cites problems with ensuring compatibility and optimal performance for the endless number of PC hardware configurations among Rane’s customers. “Apple only has 6 pieces of hardware you can buy, and they only evolve every so often,” he said. “In the Windows space, there are thousands of combinations of hardware you could have. From a testing perspective, it gets extremely complicated pretty quickly.”

A company the size of Microsoft has a puncher’s chance of getting its software to play nice with every available hardware configuration. But in the grand scheme of things, any pro audio company—including Rane—is tiny by comparison, yet still has the same number of possible hardware configurations to contend with. This can lead to headaches for both the audio gear developer, and you, the end user. 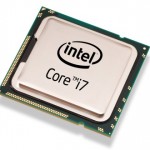 For one recent example, Macatee cites Intel’s new series of i3, i5 and i7 processors, which have software emulation of USB 1.1 that he says isn’t working very well. “Some of our older hardware devices are USB 1.1, because 1.1 still works fine with a certain number of audio channels,” he said. “But they’re changing technology faster than we can keep up. We hate to disappoint customers who are upset about a new computer they bought that’s supposed to be the newest, latest thing, yet we’ve never heard of it, never seen one in a lab.”

If ASIO is as good as Core Audio, and the people writing Windows audio drivers can manage to make them work with every possible hardware combination, then Windows latency should be the same as Mac, right? Perhaps not.

Hodder describes for the layperson why extra latency may be unavoidable on some Windows machines. “There’s a difference in the way the OS handles task scheduling,” he said. “On Windows, a degree of cooperation between the drivers on the system is required. If any one of them doesn’t play by the rules (which are not enforced by the OS), the performance of the entire system is degraded (DPC latency). This interference from other drivers can mean your driver performs poorly on some systems—no matter what you do! The Mac architecture does not suffer from this problem, making performance a bit more predictable.” 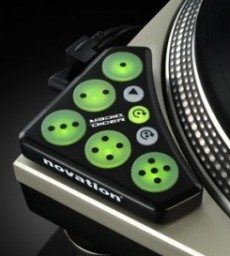 There’s also a discrepancy when it comes to MIDI, where on a Mac, MIDI drivers run in user mode separate from audio. “This means that unlike kernel mode drivers, they are much easier to develop and cannot bring down the whole system by crashing,” Hodder said. Writing third-party MIDI drivers isn’t always necessary, as both platforms include drivers for class-compliant devices. Hodder gave the example of the Novation Dicer as one where built-in drivers suffice, and the Novation Launchpad as one that needed a separate driver for high-performance features such as refreshing its many LEDs.

SYMPATHY FOR THE DEVIL

Macatee is on point when he says: “It’s a difficult task for Microsoft to make a software operating system for a hardware device that can be built by anybody and has to support all known applications in the world. That’s no small feat.”

The conventional wisdom on this topic is that Macs generally perform better than PCs with audio latency, and the sheer complexity in the Windows universe seems to have lead to this. As with many topics, the conventional wisdom can be correct, exaggerated, or flat-out wrong depending on the circumstances. But still, there are reasons why it is what it is. It also seems to be a touchy subject; of the dozen or so companies we contacted about this story, only 3 responded, with M-Audio declining to comment.

In any case, the goal here is to inform, not to make any choices for you. There may be no correct way to go when you’re deciding between Mac vs. PC for audio.

A PC can certainly save you money, and I understand the hardships of being broke. Personal observation will show you that a larger number of professionals at the top of their game use Macs. Is that only because they can afford it?

Windows defenders will often tell you there’s nothing wrong with PCs if you make sure the system is running optimally. I agree with that, but therein lies the rub. You would never recommend buying a cheaper car that runs great as long as you’re a decent mechanic and don’t mind spending a lot of time working on it… would you? Of course, Macs are prone to problems as well, but my feeling is that the professionals you see using Macs for music prefer to spend their time working on their craft, rather than their computer.

Round Up: Soundcards for Less Than $200

4 Ways to Set Up Controllers in a Club