Pump Up The Jam – A DJs Guide to Mastering

You’re a hardworking DJ, and have probably started to make a few edits and remixes that sound great in the studio, but in the club just don’t pump like the latest releases. Why is that? What secrets do the pros know that you don’t?

Well in most cases the answer lies in one word—mastering. In order to shed some light on this often misunderstood art, I caught up with John Cuniberti, one of the world’s leading gurus in mastering, to shed some light on his mystic process. With a discography and client list that reads like a Who’s Who of the music world (ranging from Stevie Wonder to DJ Shadow), heavy involvement in hardware and software development, and countless years of experience, perhaps he can give us a better insight… 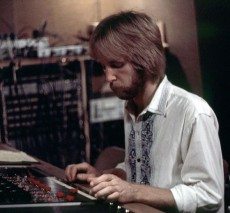 Can you tell us what mastering actually is?

JC: Mastering is the last creative process in the production chain, and the final technical check before replication. Generally speaking, the goal is to make it as easy as possible for the listener to get through the CD without needing to adjust playback volume and EQ. This is accomplished with equalization, compression, and/or limiting. In the right hands, mastering can transform a collection of good mixes into a great album.

Why is this not achieved at mix-down, and why is mastering the magic ingredient?

JC: Many independent CD projects are being recorded and mixed in less than ideal environments. Compromises in room acoustics in these ‘project studios’ prevent the engineer from realizing the true nature (the balance) of their mix. Inconsistencies from song to song can also exist if more than one person is mixing the project in different studios using different engineers and equipment. Mastering helps create consistency within the CD, and assures the artist that their CD will fit within the accepted standards of quality found in most major label releases.

With so many single releases in EDM, has the mastering process changed?

JC: It hasn’t changed, but mastering for a single doesn’t include many of the steps and considerations of an album. The focus is making the single track sound as good as possible, not adjusting it to fit with the other material on the album.

So at what point should artists seek professional dedicated mastering?

JC: If the artist is unsure about the state of their mixes, it’s advisable to seek advice from a trusted mastering engineer.

For professional mastering, what file type should people use for the tracks they submit?

JC: .wav or .aif in split mono or stereo interleaved. They can be delivered on a disc, hard drive, or uploaded to an FTP.

We now have an understanding of the definition of mastering and, in an ideal world, we would all send our tracks off to established, qualified mastering engineers. But, as we know, things are not that simple. More often than not we have to produce records ‘on spec’ and, owing to financial constraints with no guarantee of release or commercial success, we must usually attempt to make the tracks sound as good as possible ourselves. Fortunately, there are plug-ins that can help achieve this. So let’s bring Sonny Wharton and Digital Impression into the fray. As regular lurkers around the top of the Beatport and dance charts, Sonny (recently famous for the international smash “Brass”) and DI are far from strangers to this situation.

AND FROM THE PRO SIDE 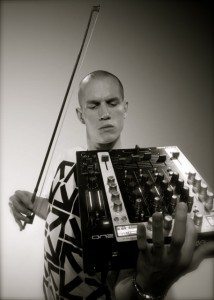 How do you guys approach your personal mastering?

SW: I run all my channels quite low, at around the -20db to -30db kinda range, and then boost everything on the master bus through Logic’s gain plug-in before routing it into T-rackS Deluxe 3. On T-rackS I run an EQ into the compressor, then into a limiter, and finally a soft clipper. Through the EQ I generally cut the bass slightly and sometimes add a little boost on the top end, but obviously this can vary depending on the track and the mix.

Here is a shot of Sonny’s Screen: 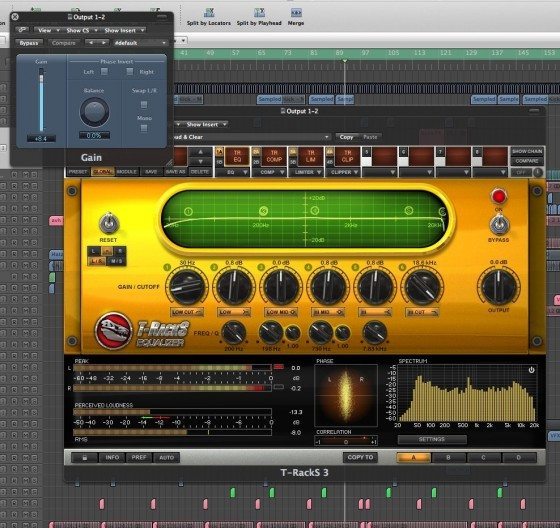 Do you master after the fact, or build a song with mastering on?

SW: Personally, I generally build the track and mix it with everything already on the master bus due to time constraints and knowing where the track is going, although I do bypass it from time to time throughout the session just to reference the track.

DI: Yeah, this is a good way of working with the short time frames involved in a lot of modern dance; you just have to be careful your EQs aren’t fighting, but I tend mix into a bus compressor, usually “The Glue.”

Do you do all your own mastering or do you also send tracks to mastering engineers?

SW: If it’s a big release or something I feel would benefit from a professional engineer then I’ll send it for mastering, but for me it is generally the cost issue that prevents me from doing this with every track. The release on Size records I did with Ant & Paul called “Brass” was mastered by us in the way I described earlier.

DI: For me it simply is the cost issue. Let’s not kid ourselves, a lot of tracks released aren’t going to shift the units for it to make financial sense! Sure, if it looks like it’s going to do well and a label commissions it, I will ALWAYS send it to an engineer to master; they can do it far more justice than we can!

OK… So, back to John, our mastering expert: what can you guys do that the artists can’t do themselves?

JC: Nothing if they are willing develop their hearing, buy the right gear and practice the art.

Let’s face it, recording artists started producing their own records in the late 60s, then by the late 80s were recording and mixing their own stuff at home. Now with just a computer, one can master a CD and send it off for replication just like the big boys. Here is the problem: in most cases by the time the mixing is done, the artist is sick of hearing the record and has lost objectivity. Handing it over to a professional mastering engineer is money well spent and will produce a better product 99% of the time. I rarely master records I mix.

SW: I agree you can lose objectivity, and sometimes I send stuff to DI to tweak, after all, he has some nice outboard gear too!

If our readers are mastering their own tracks, what are the pitfalls to watch out for?

JC: They should not overdo the processing. Both radio and, in most cases, clubs have a chain of compression and EQ already in place. I would suggest a moderate use of a digital look-ahead peak limiter to set the output ceiling to .5 dB below full scale (0) to prevent overs, and 3–4dB of peak limiting to get the material relatively “loud.” Be careful of EQ unless you can really trust your speakers.

SW: Yeah! Destroying the dynamics of the track by smashing the heck out of it is probably the most obvious thing—everyone seems to be trying to get their stuff the loudest and this can often result in ruining the fundamental depth and warmth that makes electronic music so good.

Sonny, DI, has everything you guys play out to test had some form of mastering?

SW: Yes, everything. I wouldn’t like to play something out unless I’d mastered it first.

There isn’t a single ‘fix-it-up mastering magic’ plug-in out there, so what individual elements from companies do you rate?

JC: This is a difficult question because the price and the platform come into play.

You need a good EQ and a good look-ahead peak limiter for sure. These should be transparent, clean and artifact-free. Then you can then get into EQs and compressors that deliver personality, if that is what the track requires. Personally, I use the Massenburg Design Works EQ and the Oxford Limiter for 75% of my mastering work.

Yeah, I agree—the Massenburg is a fantastic EQ; for me it’s better than the Sonnox with the Massenburg add on—I use it as my ‘power’ EQ when mixing. Unfortunately this brings us to your platform statement, as it will only work on Pro Tools—and HD at that.

JC: Indeed! For color I might use the UAD-2 Pultec, Neve, Precision EQ or Massive Passive for EQ, and the UAD-2 Fairchild, SSL or Precision limiter. For deep repair work the UAD-2 Multiband limiter, WAVES Restoration bundle and their Center plug-in are a must. I also love the Massey De-Esser.

SW: It’s probably not the best out there, but for the money I really like the results I get from T-rackS 3, so I’ve tended to use this consistently over the last 12 months.

DI: T-RackS is great, and let’s not forget the obligatory Waves Ultramaximiser.

John, what would the standard signal chain for mastering tools be?

Any other tips about DIY mastering?

JC: A ‘how-to’ on mastering would be too long to be answered within the scope of this article. There is a book available by Bob Katz [Mastering Audio – The Art and the Science] that will go a long way to keeping you out of trouble, but at the end of the day, like recording and mixing, it will take practice and a lot of bad mastering before you will figure it out—if ever.

It is clear, then, that there are many tools used for mastering depending on what needs doing to the track, be it EQ, compression, multi-band compression, limiting, frequency-conscious limiting, phase coherence and adjustment, stereo spread, gaining, etc. I think you get the idea—there is just too much to get into here. However, knowing that the main tools needed are compression, EQ, and limiting, after much debate, we have agreed on the following plug-ins as our top multi-platform mid-range tools which do not need extra process PCI cards or hardware. There are two winners in each category type: 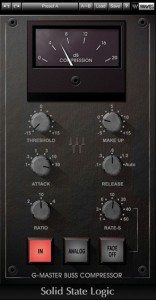 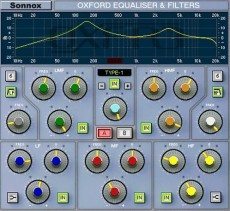 I know we said two of each, but this is a gem! An extra, FANTASTIC limiter but… only for Pro Tools:

Many thanks to John Cuniberti, Sonny Wharton, and Digital Impression for their time. In the next edition of this article, we will provide a step-by-step guide to mastering your tracks and give you a chance to win a copy of T-RackS mastering software from IK multimedia.

Video: Amp Live On The Business Of Being A Modern Producer