The DJ console has come a long way since Francis Grasso plied his trade with the first stereo mixers.  Today DJs have digital, analog, MIDI, and hybrid mixers. While analog, digital and MIDI are married among the available controls, great possibilities await for hybrids.  Well that’s what the advertising promises.  Do they live up to the hype?  Let’s break down the available hybrids and see if any of them show promise.

HYBRID OR THE HIGHWAY?

Mixer manufacturers have looked towards the future and it is quite evident that the digital world is only going to expand further.  Analog will likely never go completely away, thanks to its warm, human character, but the real estate it occupies is now doing double duty with digital and MIDI, sometimes both.  Opening these possibilities becomes completely context sensitive and hard to totally encompass in a single article, but let’s look at a couple of the mixers available and dip into what new avenues open up for us as digital DJs.

Allen & Heath offer this no joke mixer more at home in the pro DJ’s studio or atop a two story stage during a five day festival  in Europe. At just under an arm and a leg the Xone:4D stays true to A&H’s quality, solid workmanship and design. 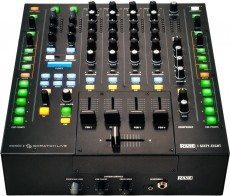 Rane has teamed up with Serato and pre-mapped this monster mixer with scratch live functions and features like dual USB ports for uninterrupted seamless switching between DJ’s  or parallel mixes. It is sure to stand out huge amongst the club DJs. 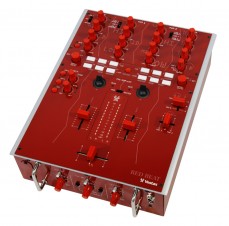 The PMC series is a staple in the turntablist’s kitchen and now with cue points and effects being directly mapped to your fingertips, this hybrid mixer is sure to be rolling out some hybrid mixes and juggles. 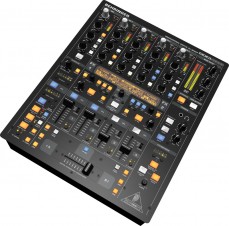 Behringer steps into the ring with the DDM4000 digital knockout that’s sure to please the digital DJ. With features like EQ kill as well as sync for effects, cross fader and sampler this mixer will be going more then three rounds. 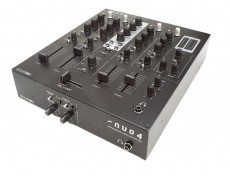 Ecler offers this simple yet power-packed four plus one channel mixer which is perfect for the crossover DJ looking to expand their skills into the software world. A smooth layout and MIDI features push this mixer into the new standard level for inspiring DJs everywhere. 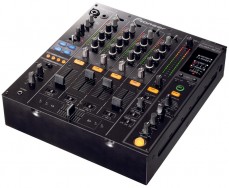 Pioneer has this new version of the DJM but can now offer a massive MIDI functioning mixer. Features recommended by many professional DJs and club engineers have been jammed into the DJM-800 and it is raising the bar on sound fidelity and ease of mixer operation.

FUTURISTIC FOOLS OR JACK OF ALL TRADES?

What is the future for hybrid mixers? Is there room for these types of products in a fast growing market?  The answer is not really clear. With Ecler and Numark discontinuing several MIDI-mixers, there may be clear signs of a soft market. On many of these mixers, the MIDI-implementation seems to be just an after-thought or an extra feature requested by the marketing team, not an innovative new look at DJing. We are interested in hearing what you, the community, has to say- how do these products fit into your DJing picture?

This is Rifki’s first article for DJTT, lets show a little DJTT appreciation for his work.