My Visit To The TechTools Labs

While in San Francisco, I dropped in on DJTT to meet the people I have been working with in the virtual world and to pick up some of the hot new items from the store. We all feel very familiar with our online community but I was wondering just what the physical TechTools is like?  Read on to meet the crew and take a look behind the scenes as I chronicle my visit to the lab. 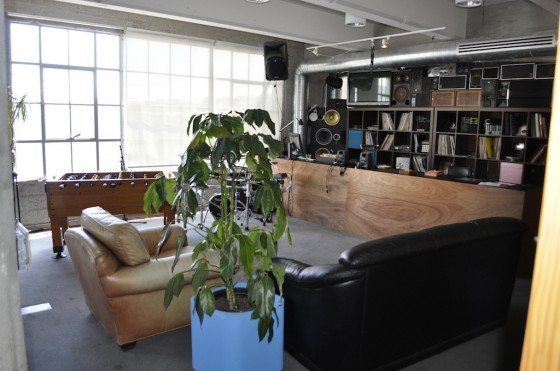 DJTT moved to this modern second floor SoMa facility back in Nov ‘09 after working out of Ean’s tiny apartment for several years.  Upon entering, I was warmly greeted by the well known “living room” where most of the videos are shot.  What you don’t see are the comfy couches, Foosball table and even a V-drum kit (you can see Ean sitting at it in the Prepping Acappellas in Traktor video).

This airy and well lit lounge is highlighted by the “wall of controllers,” which has so many DJ toys on it that I didn’t know where to start.  There are early Midi Fighter prototypes and each generation of VCI-100SE, as well as examples of many types of controllers from several manufacturers.  It’s easy to see that a lot of testing and product knowledge goes on behind the scenes.

I don’t know how many of you have clicked on the ABOUT tab in the header, but there you can get a quick bio of the main players at DJTT.  By spending some time with them, you can learn a little more than a bio can convey. 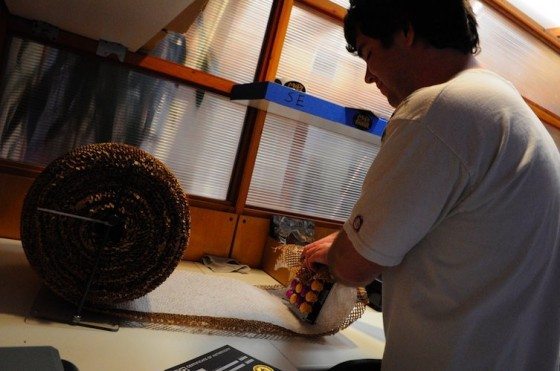 Zach (aka ZachDero) is the guy you talk to when calling DJTT, especially for store related matters.  Along with shipping Midi Fighters and building hardware, Zach patiently answers a lot of phone calls and e-mails everyday, helping people get started with their new acquisitions.  Behind the scenes he also films for DJTT videos but no longer gets to do any painting… 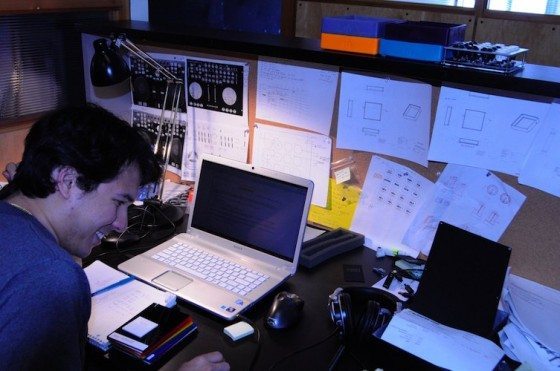 Chris (aka flashflooder) is DJTT’s resident product development guru.  Between dreaming up new controller mappings and magically finding ways to incorporate Ean’s visions into those mappings, he is leading several top-secret projects.  From the ones I was allowed to see, we have a lot to look forward to! 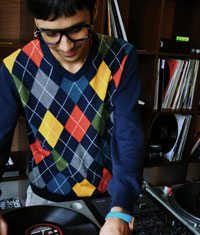 Cam manages the books.  However simple that may sound, handling a rapidly expanding start-up business is no simple task.  But Cam’s even, pragmatic approach balances well with Ean’s exuberance, leaving us with the comfort that DJTT will be with us for a long time.  We’re in good hands. 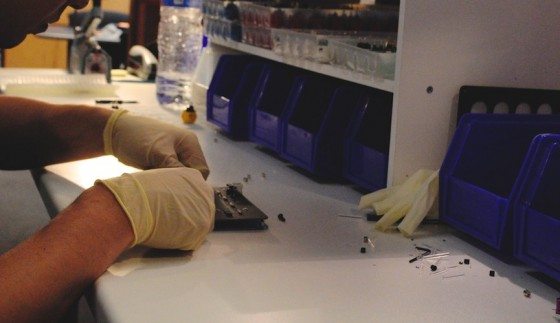 All members of the team are avid DJs and are active participants in SF’s DJ culture.  Sharing some stories with them reveals how passionate they are about that culture and also how excited and committed they are to being part of the DJTT culture.

There are up to three passionate interns hanging around at any given time.  They too are active participants in the DJ culture and have come to get a taste of the behind the scenes of the business. Here Tony is flashing a new Midi Fighter with the latest firmware. 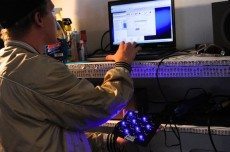 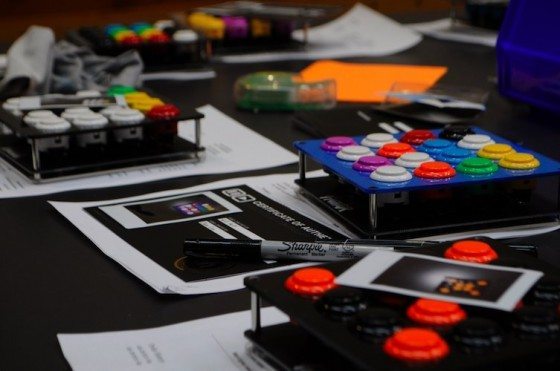 Like any good office space, there is also a large board room. However, instead of hosting meetings, it plays host to outgoing controllers and future ping pong battles. 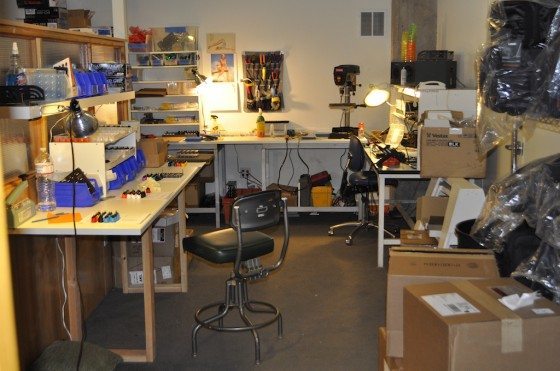 That’s the very busy workshop area where VCI-100SE Arcades and Midi Fighters are built with a lot of care.  On the left you can see several Midi Fighters in the assembly process.  With the new batch just being released, I helped build a few while I was there (with the signed Autheticity card to prove it!).  All of the MF tops are hand painted with fancy graffiti cans in a custom paint booth which has taken over the kitchen. 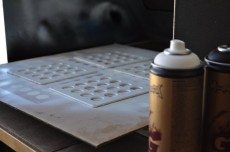 As was the case with Ean’s apartment, each room has been transformed into a staging area for everything that is required to keep this site running. Everything from prototyping, drilling, shipping, testing, shooting, and blasting tunes happens in the labs.

The store’s product line has recently expanded considerably, most likely due to the space afforded by the new office.  It was impressive to see all the wares neatly stacked on shelves waiting to be shipped (except for back-ordered and in-demand VCI-100SE).  With that many goodies just begging to be played with, I had to indulge in a little gear acquisition. 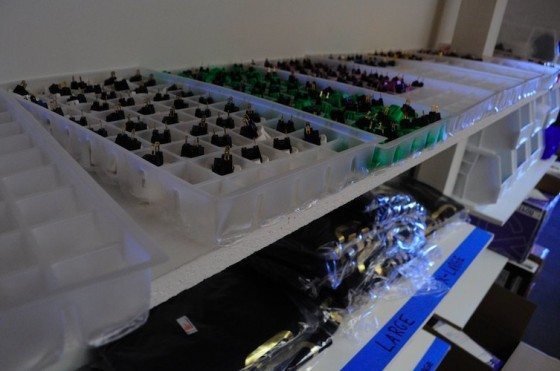 I had already decided to ditch my old school bag that had been my gig bag for a few months, so it was nice to pick up the new Mono Kondensor bag for use with either the VCI-100 or Spin (my DX will not fit in there, I use a Mono 365 for that).  In fact, the laptop in the store photos of the Kondensor is my 13” MBP, explaining why the laptop went missing for a while.

I picked up a pair of Dicers (for my secret future plans) and was really impressed with how much better the button feel is over the Launchpad. Finally, I rounded out my shopping cart with the “Pause Play” T-shirts that are finally back in stock. 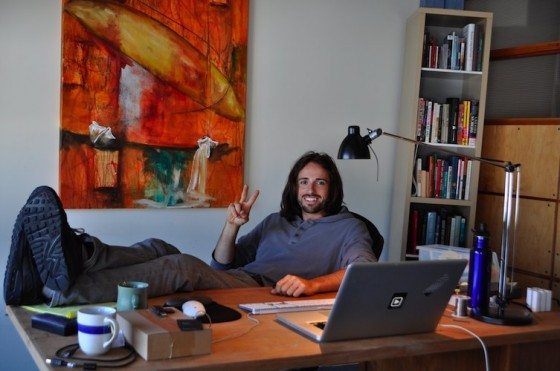 It’s difficult to get a handle on a person from watching a few videos, so getting to sit and talk with Ean was a real treat.  He immediately put me at ease and invites all kinds of subjects from DJing techniques to equipment and the business in general.  While not detailing plans that are under development, I felt that his open collaboration philosophy was an excellent way to make sure that everyone’s ideas and concerns get addressed. No wonder why the products are so well received.

This was a particularly exciting time to drop into the office as the NI controller had just been announced.  While not being able to divulge anything that was not apparent in the video (Ean obviously has an NDA with NI), you could see his involvement with the controller development as he described to me the details in the article stills.  While the rumors, comments and wild guesses about the controller run rampant around the web, Ean remained calm and centered about its defined place in the market. 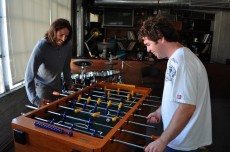 We closed out the day with a little fun and shot the aforementioned Acappella video, bringing me back to the reality that I have a lot left to learn about DJing.  The good news is that we all have DJTT to learn from.