I have a confession to make. Ever since I stopped DJing full-time to focus on building TechTools, the gigs I now play are significantly more fun. Playing four gigs a week  for years led to serious burn out and nearly forgetting why I became a DJ in the first place. For those just starting out, a full time gig as a DJ would be a dream gig. That is very possible; but after a while, if you’re not careful, it can become just another job, or even worse, a job you don’t even like! After 14 years of playing in clubs, here are a few of my tips for keeping the craft fun no matter how often you practice it. 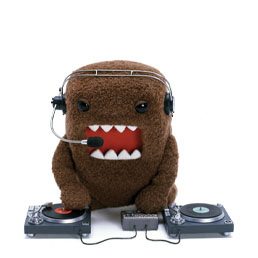 Taking your passion and turning it into a career can be a recipe for success or disaster, depending on how the transition is managed.  Keep in mind that DJing for a living is hard work, and can often involve some artistic sacrifices if you want to sustain income long term (i.e. playing local pop clubs until your Beatport singles blow up). Once forced to hustle for gigs and your lively hood depends on that income, the dynamic of DJing can change dramatically. All too often DJs fall into the following trap: a gig is something they need to do, not something they want to play.

Fortunately, there are a high number of casual and professional DJs that have a great time sharing wonderful music with rapturous crowds eager to dance the night away. Here are a few tips for keeping fun in the game for those who go pro or keep the day job:

IT’S ABOUT THE MUSIC
Even though we may talk about technology a lot around these parts, remember it’s the music that keeps us passionate and excited about the next gigs.  After several years, it’s easy to become complacent and stick to the standard rotation of tracks you always play. To keep the excitement alive, make sure there is always a constant flow of fresh music in the hopper.

CUT THE LIST
Old habits die hard. To really force yourself to freshen up your sets, delete stale tracks and replace them with new bangers!

PLAY FOR YOURSELF
Sure, the crowd needs to get theirs, but if you are not playing music that moves and excites you, chances are they are not really that excited. “Billie Jean” can only work so many times; often it’s your excitement and enthusiasm about music that can really move the floor.

KEEP THE HOBBY
Unless there is no other choice, I am a big advocate of keeping the day job as long as possible. By taking money out of the equation, gig choices can be made based on important factors like fun and career development- not just a quick buck.

CHANGE IT UP
If a typical night finds you staring out at the dance floor, bored and wishing the night would end, then it might be time to make some dramatic changes. Switching venues, technology platforms, or even musical styles would all inject a fresh twist in an otherwise boring routine. Whenever I personally start to get bored, it is time to learn a new controller and force a re-invention of style.

DON’T WORRY ABOUT THE CASH
Don’t sell the house at a discount, but wherever possible try not to focus on the money alone. With income as the driving factor behind a gig we all forget to have fun! Hopefully, we are all there for the music and the income.  Not to pop anyone’s bubble, but if it’s cash you’re after then you have a better chance of striking it rich on the stock market.

TAKE A BREAK
If all else fails and you’re still not having as much fun anymore, then it might be time to take a break from DJing. Sometimes a little perspective provides opportunity for new inspiration. After taking the past year off, I am almost ready to start touring again with a fresh perspective, new music and, of course, some brand new controllers!  Speaking of touring, I played a rare set last night at one of my favorite clubs- “The Endup” in San Francisco.  For those that are a fan of house music, here is one hour of my set recorded from 3am to 4am.  Constructive feedback is always welcome!

SUAT: behind the DJ who walks for miles carrying and mixing on an XDJ-RX

DJs Unemployed by Coronavirus: Now What?

Cue Points That DJs Should Set On Every Track: DJ…