With the onslaught of new controllers, there remains an old friend common to just about all of them, the USB connection.  And just as our DJ equipment keeps evolving and improving, the folks behind the USB protocol are ever pushing to keep up too.  With the now old announcement of USB 3.0 and it’s failure to show up on new equipment, DJTT dug into the background a little to see what gives and when we too can look forward to some new USB zoom-zoom. 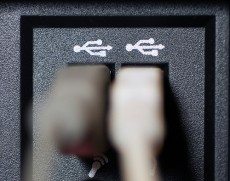 Without turning this into a history lesson, lets just suffice to say that the USB protocol is a standard for interface design.  This standard is is controlled by an international committee that tries to ensure we, the consumer, are getting the most out of our modern equipment and that it all talks to each other in the same language. The downside is that it also tries to make everyone happy AND keep backwards compatibility.

USB 1.1 and 2.0 have been around for some time now and while many argue that the benefits of other protocols (i.e. Firewire) are greater, USB is the norm for most DJ gear and seems to be seving most people’s needs.  There are still some power availability and bandwidth issues we have to be aware of though and many had hoped a new high speed USB would mean better performing DJ gear. 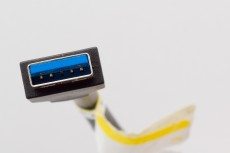 To give the new protocol a higher profile, it has been dubbed Super Speed, yet the clever folks behind the USB standard have figured out how to keep the backwards compatibility of the old stuff and align new products to leverage the potential.  The standard A connector looks the same, but inside it now has 5 more pins which give it the incredible bandwidth and power potential. The B connector gets a whole new shape added to it.

From a performance specification point of view, this opens up both the bandwidth and the power supply possibilities.  Send and receive rates can be over 10 times faster than 2.0, up to 5.0 Gbps, and available power is up 80 % from 0.5A to 0.9A.  This means we should be able to transfer more data back and forth over a bus powered connection that still drive all the lights in our controller.  So higher sample rate sound cards and LOTS of LEDs could be in our future dj controllers.

AND IN DJ SPEAK? 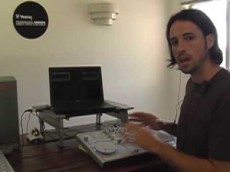 For us as DJs the bottom line is that the new technology can offer us some better ways to do the things we want.  With more power and bandwidth available companies can theoretically make fancier controllers with more powerful sound cards integrated within and still run on bus power (no adapter required).  But if there is so much to be gained, we have to question why this has not come out on say the new Traktor S4 controller. The answers are both economical and political.

The economy side is that the hardware required to run USB 3.0 is not readily available but the new chipsets are trickling into the mainstream.  Also if a new controller had USB 3.0 then it would require that you have a computer that supports it,  meaning a complete gear update including cables, computer and controllers.

The next issue is political, well at least corporate politics.  Intel, being the largest chip supplier, is developing it own technology, Light Peak.  This promises double the bandwidth of USB 3.0, but whether it can supply power and how much is the big question.  Add to this that Apple is sitting on the sidelines about what technology it wants to push, and we have an industry stalemate.

One point I could not find much information about was the power side.  With laptop CPUs getting more powerful, we are having more heat problems.  What would having higher powered peripherals do to the sensitive heat balance in our laptops?  At one point we will have to just live with the fact that a powered controller or soundcard is going to make our computers leaner and less prone to heat exhaustion. 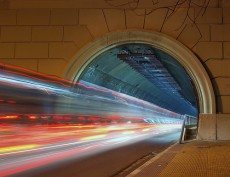 While USB 3.0 offers more power and bandwidth, which each promises bigger controllers and higher quality sound cards it looks like it will be a while before we actually get to use the technolgy in a cost effective way. Much like the HD MIDI debate, just because technology is in the customers best interest does not mean it will ever end up in shelves. In the mean time, you can educate yourself on the best USB hubs, which USB port to use on your mac,  and optimizing your computer to get the most out of what we have today.

Turn A Song Into A Live Remix Performance In Ableton + Maschine