What is the Right Amount of Hard?

Imagine for a moment if K2 suddenly developed a technology that made it impossible to fall on skis- overnight enabling a new generation of skiers to get skiing faster and pull off previously impossible tricks. Understandably, the existing generation of pros would be up in arms. “They have taken all the challenge out of the sport” or “this makes it way too easy to ski” would probably be common arguments and to a certain extent- they might have a point. When you take away all the challenges of a craft, both practitioners and observers no longer seem interested. There is an obvious parallel here in the DJ world that does not even need to be called out by name. With digital djing offering all kinds of new technical advances and tricks that help keep you from falling off the ski’s- what challenges are left and are they challenging enough to be artistically interesting?

Where are the “risky” territories of digital djing that push boundaries and captivate audiences?

No one here is claiming to have the answer to this challenging question- but I think we can safely explore this territory together and hopefully come away with a better sense of the land. Here are three of the most controversial “shortcuts” provided by digital djing. We will look at how they help and/or hurt and then make some suggestions on how the industry might keep the right amount of hard in this game. 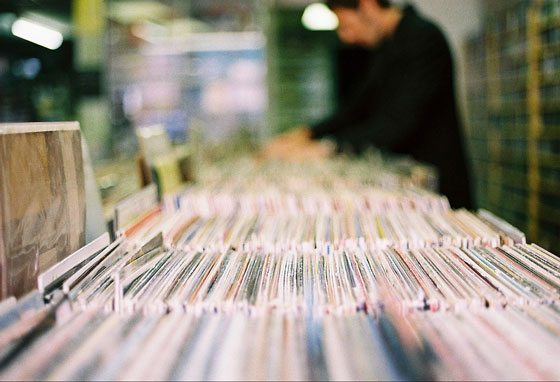 Prior to the MP3 it was hard to find good music, expensive to collect it and quite a feat to carry large amounts of records to gigs. These challenges, in some ways, created an interesting environment that spawned loads of creative output.  Djs with hot records had an advantage and this network of connections provided for a vibrant and productive underground music industry.

Fast forward. It’s now possible to get almost any track you can imagine. Long gone are the days of a dj’s tracks being his primary weapon, where having the right music was almost enough on its own. Today there still lies an advantage but it appears to be slanted towards those that can literally create their own music, edits and remixes- forging a sound that is all their own. In the 90’s, drum and bass crews did this extensively through the use of dub plates but it was expensive and rare to have access to such technology. Today anyone with Ableton can start crafting their own “sound” but only a few have built entire careers on that process.

Audiences are not impressed by the amount of weight a dj can carry into a gig but will be very impressed by the depth of your collection and musical dexterity.  Record digging is an impressive art but probably not the most important challenge to maintain. 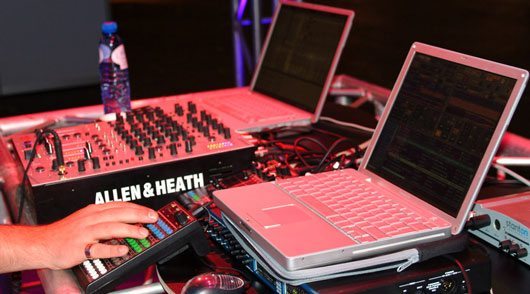 Prior to the hotly debated “sync” button– many djs spent years fine-tuning their beat matching skills to perfection. It was both a sense of pride and considered very impressive to hold a mix perfectly over long lengths of time. With broken turntables, floating rhythms, drunken crowds and messed up needles each mix was a little bit risky and sometimes a feat to pull off. Now with Ableton warping and Traktor beat grids, you can deal with most of these issues digitally- removing much of the risk and challenge in mixing.

On one hand, digital djs argue, there is no point to beat-matching the same two songs twenty times and SYNC technology allows them to focus on other tasks that are more relevant to the crowds experience. They are right to a degree, but lets not forget that the crowd fundamentally understood the risky nature of a mix. Everyone loves to see a performer push themselves to the edge, almost fail and then pull off a great performance. That ebb and flow is fundamental to making a performance exciting and relevant. If djs are going to use SYNC and other time saving methods, I believe they must challenge themselves in other ways- finding new and risky techniques that are hard AND relevant. 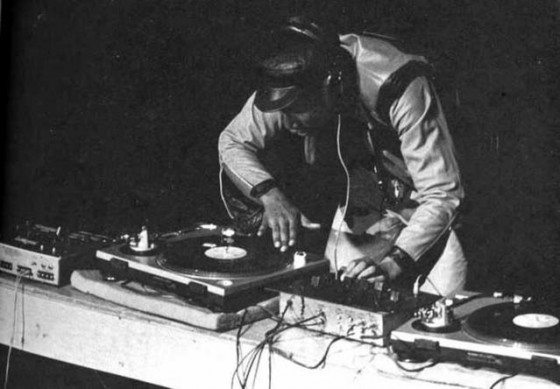 Part of the mystique of skateboarding, snowboarding, or many of the other board sports is that the artists/athletes can do so much with so little. Even with amazing advancements in construction technology- these guys are still hurling themselves into the air at high speeds on a simple board and then performing mind-bending feats of athletic brilliance. There is no denying that’s impressive.

Because turntables are so simple, hard to use well and well understood- they provide the perfect tool for a proper challenge.  The casual viewer can instantly understand and relate to the level of skill required to artfully manipulate a turntable. Why? – because they understand the interface and the challenges it presents. Everyone has slid down the hill on a sled and few could ever imagine standing up on one, let alone pulling off a 1080.

Most controllers out there today are huge and complex. They may seem challenging to operate, but in more of a Battleship Galactica sort of way.  Last I checked there weren’t any United Airlines pilot battles going viral on YouTube. “Woah dude, did you see how fast he pulled off that pre-flight operations check?”- “That was sick! ” Controllers are getting better every day but are they taken seriously yet?  Not totally- and that might not come until the surfaces are really understood by djs AND the audience

Where can we introduce or retain some appropriate challenges? 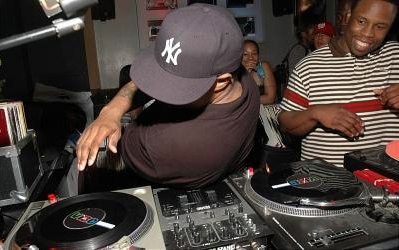 I personally think controllers should not get larger and more complex- but simpler and easier to understand. The midi-fighter is my favorite minimal dj weapon because it presents unique challenges that make my job fun and often make people wonder, “How are you djing on those?” Other djs frequently convey similar stories about how their sets are most enjoyable with a simple, small controller that limit them. These not only present challenges, which yield creative results, but they also force everyone to focus on the most important thing- music. Sometimes when you can do everything- nothing sounds very good.

Matching tempos manually is a silly task and should be replaced by an exact digital match. Automatic SYNC however, or phase matching, is prone to problems. Djs must learn to hear how songs fit together and the technology needs to recognize there is a difference. In the current implementation of Traktor S4 and Serato Itch for example- they are tied together in a frustrating way ( this is not the case with Traktor Pro). It’s either one paradigm (all manual tempo adjustments) or the other (automatic tempo matching with no further manual adjustment of tempo).  This offers the worst of both worlds, when we need a healthy balance of each that forces djs to train their ears and do the important step manually while automating  the initial matching of tempos.

If the only innovations dj software companies create are in the simplification and streamlining of basic dj functions then there will be nothing hard left to do. Along with simplifying the unimportant tasks- we must come up with new challenges that are fun for the dj and compelling to the crowd!

dj challengesdj difficultydj skillsright amount of hard
Share
Comments
Get DJTT love in your inbox
Drop your email address here, we'll send you news, tutorials, and special offers once a week.
Unsubscribe at any time. we won't sell your data, ever.