How to Launch a Club Night – Part 2

This time, we’re going to talk about music policy. Let’s level here – in some clubs, music policy just isn’t important. Celebrity joints, commercial dives, captive markets… in these places, the music often really isn’t high on the list of priorities for either the club owners or the audience. But I’m gambling that in any night YOU launch, music is going to be paramount. You’ll be playing the tunes, to start with. I’ll also gamble that you’re looking for a crowd who know their music too. You’re trying to get something worthwhile going – otherwise, why take the risk?

That’s a good start – taking the music seriously. But, you’re going to need to think a bit further than just knowing you want to start an “electro house night” or a “dubstep night” (or whatever). Let’s look at why, and what you need to do.

1. YOU NEED TO FILL A GAP – Hopefully you’re an avid clubber. You know already which clubs and DJs you like. And the fact that you’ve decided to put on your own night probably means that you have a good idea as to what you would change about your favourite club nights. This is your starting point. What are the other local clubs doing wrong? Is it that:

What we’re looking for here is where you can stand out, as there’s no point trying to copy anyone else – why would people abandon your competition to start coming to your unproven night otherwise? Note also that what’s making you different is not necessarily something musical. Sure you’re going to play a certain style or styles. But it’s HOW you do it that’s going to make the difference.

2. YOU MUST BE CONSISTENT

This is more important than being musically “cutting edge”. Trends come and go. Sounds come and go. But if you can come up with a formula within which musical style is only one element, you now have something that is harder for others to copy and easier for you to repeat week in, week out.

So how do you achieve consistency? By following your formula once you have it, and by playing the music you’ve chosen as part of that week in, week out. That way everyone knows what they’re getting. It’s far better to overplay than underplay music. If your night is every week, then as a rule of thumb you want to be playing two-thirds the same tunes every time. 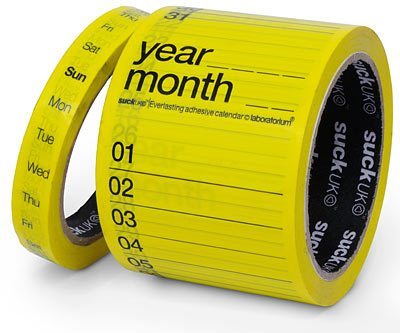 New music should fight to get into your playlist. Old music should only drop off when you’ve got something better to replace it with.

People are only coming to your club for a few hours a week, so they’re not going to get bored of what you play. Unlike you, they don’t spend the other 6 nights mixing those same tunes for fun/practice! You are going to get bored of music much quicker than your audience, so don’t chop and change to keep yourself amused – find your formula and your big tunes and stick to it, changing things deliberately and thoughtfully. All your DJs should be able to play out of the same “box” and deliver the same experience to your punters.

Having a consistent, reliable playlist and formula is also important for booking guest DJs, as you need to be sure that your music is going to be the same in 2, 3, or 6 months as it is now – otherwise how can you book guest who complement your sound?

One of the best ways to make sure you’re staying consistent is to have formal meetings about the music, every week. We used to like doing it actually in the club itself. Acknowledge the records, sounds and styles that worked and didn’t, and formalise your big tunes, your “keep trying” and your “not again” records.

It’s good to involve your club manager, too. Not only is this politically a good idea but it can be genuinely helpful. One manager I recall would say thing like “guys, it was a bit flat,” or “the girls all seemed to be moaning about the music this week,” (or sometimes, of course, “it rocked!”)

Often, his views as an outsider to the musical process were at odds to ours – comforting us or bringing us down to earth, but always useful. (It will also give you a chance to talk to him about other issues surrounding the club at the same time.)

3. BREAK YOUR OWN RULES EVERY NOW AND THEN

The beauty about doing the above is that when you choose to deliberately break that formula, to stop yourselves going stale or getting really bored, your fans will go with you on it.

One of the joys and challenges of running a club night, especially a weekly one, is programming your music over the months and years. There are nights in the year that beg for you to do something different – public holidays being a main one. There’s money to be made by putting special event on using these “extra” dates, and this is a good chance to spread your wings and try those styles you’ve been thinking about but that your formula won’t allow. 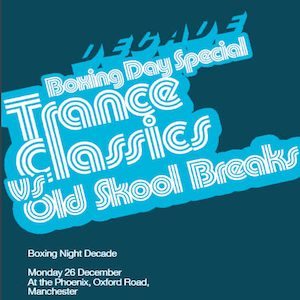 Classics nights, back-to-backs, DJ play-offs, and new sounds (my night, Tangled, used to do all of these, with nights like “Tangled goes Techno”, “Tangled Harder Faster”, “Tangled New Talent”, “Tangled Classics” and so on) allow you to experiment with new (or old) sounds and ideas, groom exciting young talent for future residencies, and generally try stuff out.

Even if you don’t use public holidays, you can use the end of the month to do an all-nighter with a different music policy, or have a classics night once a quarter, or whatever. Just keep your inconsistencies consistent, if you know what I mean, and make sure you don’t break things by straying too far from what you normally do!

I hope you agree that approaching your music policy professionally and not just letting your creativity dictate things is a worthwhile approach.

For instance, if you think of your event as a “dubstep night”, and dubstep dies, that’s it for you! But if you’ve done your homework and actually, you regard what you’re doing as a dress-down underground-leaning night that plays minimal warm-up music before letting rip with new fierce tunes at midnight, then changes again to play a full hour of big scene-stopping anthems at the very end – well that’s formula.

And while you may be executing that formula with predominantly dubstep when you launch your night, over the years you can morph into new styles while keeping the framework identical – and keeping a loyal audience who trust you to deliver the overall experience they’re used to.

Our nights ran for 13 years and we saw 4 or 5 generations of clubbers through our doors, and while our music policy changed fundamentally but gradually several times through that period, our formula didn’t. Find your formula and you’ve got a better chance of DJing every week in a successful club for as long as it makes you happy to do so. There are few better feelings.

We’ve come a long way from just thinking about a club night – we’ve worked out who we’re going to run it with, how we’re going to keep the business side of it ship-shape, and planned out our music properly. Next time, we’ll figure out how to find the right venue. See you then!

Co-founder and resident at Manchester (England) club night ‘Tangled’ through most of the 1990s and early 2000s, Phil Morse is also a music journalist and currently edits the Digital DJ Tips blog.

How to launch a Club Night: Part 1.