Although widely rumored, its looking official, Pioneer is finally jumping on board the controller craze. They have been working on 2 models, 1 for Traktor (DDJ-T1) and one for Serato (DDJ-S1). Both are basically identical in layout but equipped with specific features for each software.  We have known this was coming for a while but Pioneer did an amazing job of keeping it from leaking, especially considering they showed it to everyone under the sun. Read on for more speculation and a new record low volume of factual data! 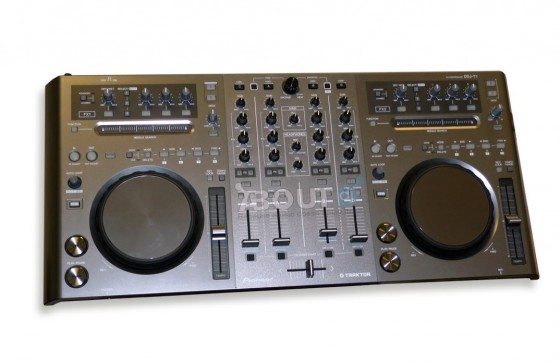 The Pioneer DDJ-T1 controller is clearly an amalgamation of their CDJ-200 line into the controller world. Throw in a 4 channel mixer and depending on the feature set/software bundle- you may have the first real competition for the S4.  Considering the new CDJ-200’s run around $300 each and a decent 4 channel mixer is at least $400, this should represent a really good value for new djs looking to maintain a Pioneer work flow in the digital domain.

The real question here is whether or not Pioneer struck a deal with NI to include a new Traktor Pro software with S4 features (more info tomorrow on that). If they did, then that means there will be real competition in the market place for that platform. If not, and NI holds on to the S4 feature set for themselves, then I doubt the controller will make it much farther. 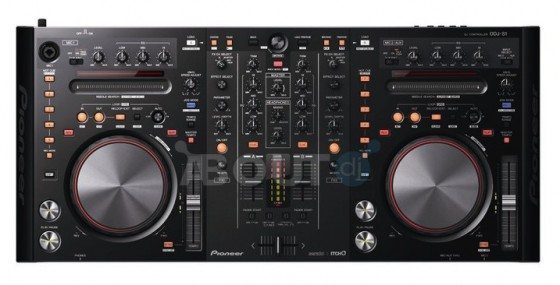 This one has the potential to be really interesting because its rumored to be working with Serato Scratch, which means it might be the very first all in one controller/sound card combo fully supported by Scratch (transport control without requiring the SL1/2/3boxes). Most mobile djs are stuck using Serato Scratch in the club and then Itch in the mobile territory. They really all just want a mobile controller for Serato that does NOT require a SL box. If Pioneer manages to be the first to create that reality, they will kill it in sales. If not, its still looking like a great alternative to the popular vci-300.