When Ean first presented his idea of “Supercombos” within a mapping I thought, “that’s amazing, but how on earth am I going to implement that?”. Well, the concept turned out to be challenging but not impossible. The key to making it work was proper planning and a mix of mapping techniques. In this article we will show you how to track multiple button presses (and releases) using modifiers in Traktor to produce your own super combos!

Before you get started mapping, it’s always wise to take some time to get organized and make sure your design is not only do-able but also realistic. This way you’re much more likely to troubleshoot problems as they arise, and (more importantly) you won’t spend hours building your dream mapping only to later realize that you don’t have enough modifiers or conditions left to make it work.

My method of choice for organizing mappings is to create a spreadsheet showing all of the possible modifier states which allows you to make sure you have enough space and that there are no conflicting states. When you combine a handy chart like this with commenting every line in the mapping (yes, it is tedious but it pays off), it is much easier to debug and make modifications to the mapping at a later date (trust me).

See the picture below of my spreadsheet corresponding to this MF_FX mapping for an example.

In our new Midi Fighter FX mapping, each “Supercombo” is basically tracked by a specific Modifier which is looking for a certain amount or a specific order of button presses. For example, there is a Supercombo that is activated once you press and hold all of the Beatmash buttons at the same time (i.e., “Combo1” if you look through the mapping comments) which turns on a sweeping Transpose Stretch effect to create a cool sound.

Below: See the Modifier 5 mapping instance where M5 increments in value when you press one of the Beatmash buttons. 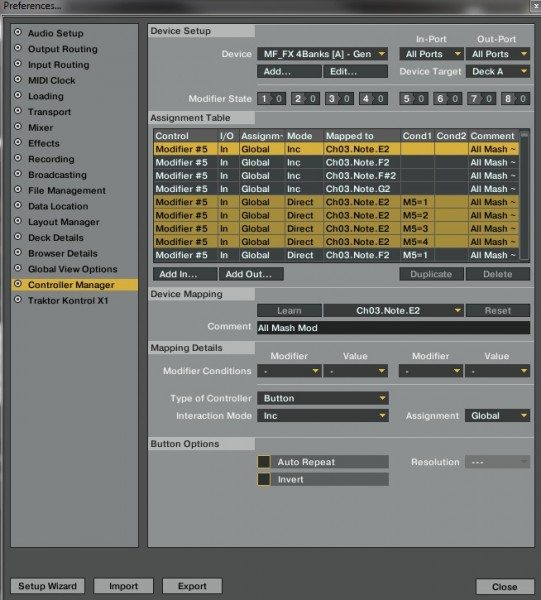 Here is a visual layout of how Mod5 changes as you press and hold the Beatmash buttons: 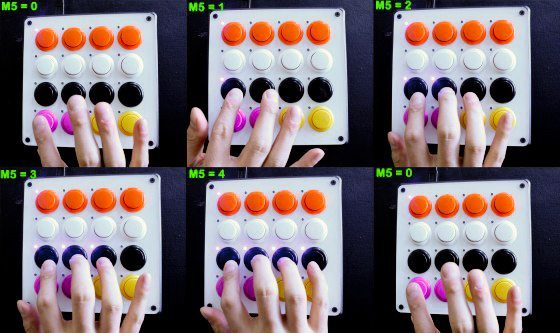 Another important aspect of this Supercombo design is that Mod5 doesn’t continually increment in value after you have let go of a Beatmash button. Otherwise, you wouldn’t need to hold all of the Beatmash buttons down to activate the Supercombo (i.e., you could press them one by one, releasing each button after you press it). More importantly, Mod5 would continue to increase beyond a value of 4 as you pushed more Beatmash buttons which would make it impossible to gauge how many Beatmash buttons are pressed at once.

To get around the issues mentioned above, I needed to map in Modifier5 instances that would make Mod5 go back to 0 as soon as any of the Beatmash buttons were released. In order to do this, I made four Modifier5 instances for each Beatmasher button (with the conditions of M5=1, M5=2, M5=3, and M5=4 respectively) that set Mod5 back to 0 as soon as you released any of the Beatmash buttons after executing the Supercombo. This was accomplished using “invert” functions, which are discussed in more detail below.

If you aren’t familiar with what an “invert” function is, all it means is that the given function is triggered upon releasing the button instead of when you press the button (if you want to get technical, this means that Traktor will look for the MIDI Note Off signal, rather than the typical Note On signal).

The invert function can be helpful in a lot of situations; however for this particular Supercombo, utilizing invert was critical so as soon as you release any Beatmash button Mod5 would be zero’d out indicating that the Supercombo was finished. Furthermore, invert functions were also needed to release the Trans Stretch effect and turn off FX Bank3 from the selected Deck once you finished using the Supercombo. 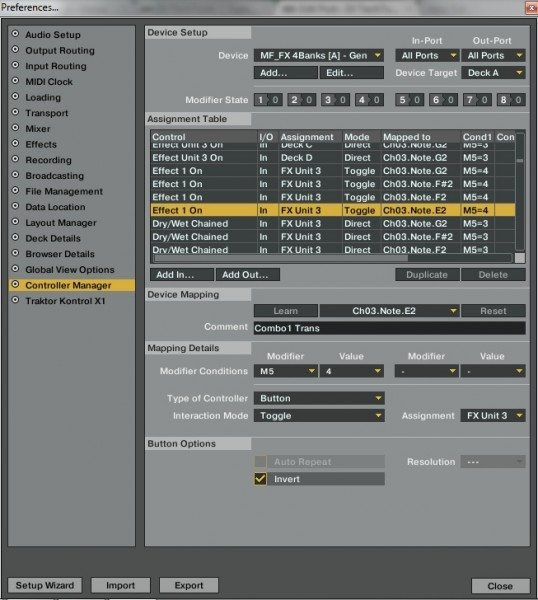 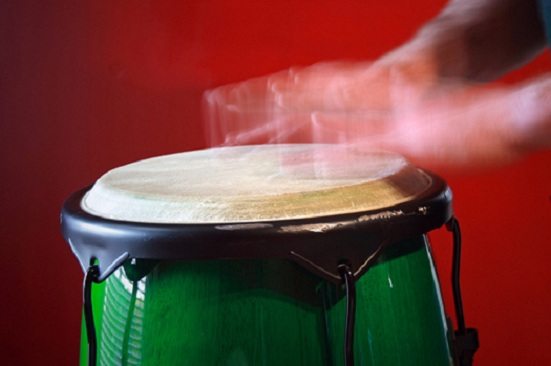 Below: See how the Transpose Stretch “Supercombo” effect was mapped to turn on. 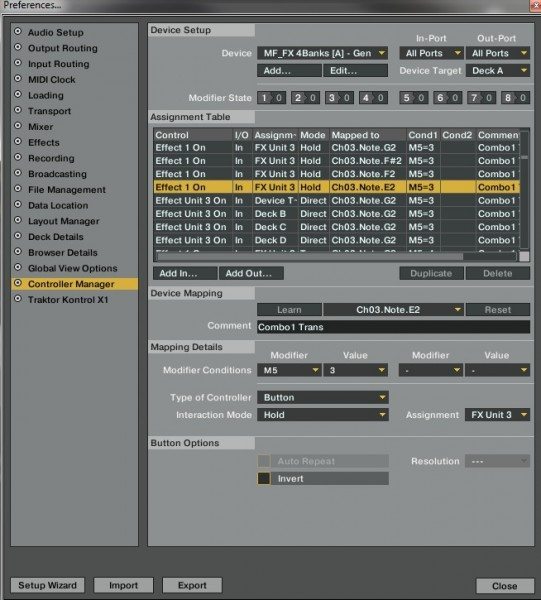 The above information covers the basics of all of the tricks used in the Beatmash Supercombo (as shown in Ean’s tutorial video) in hopes that you can take this concept and integrate it into your own mappings. Additionally, (in case you were wondering) although there are slight differences, the other hidden Supercombos are also mapped using the same technique. For this reason, it was extremely important to take the time to think about the mapping first (before diving into it) and plan ahead in order to use the minimum amount of modifiers possible to leave room for all of the Supercombos.

If this is all way over your head and you are staring at the screen wondering, “What the hell is a modifier? I am so confused”, then give us some feedback in the comments section as I plan on writing more articles relating to mapping in the future.  We hope that you enjoy the new Midi Fighter FX mapping and that you have also gained some insight into how these crazy Supercombos work so you can make your own!

How to Map LEDs in Traktor

How To Create Instant Gratification-Style Effects for…