Ableton Tricks- Jam with Multiple Loops in one Clip

Today’s video shows an interesting Ableton technique that involves using follow actions on two or more clips to enable you to break up a loop on the fly. With Ableton, we normally don’t have the ability to easily move around within clips so much. This alternative technique adds a bit of freedom from that way of doing things. Twist an encoder until you get to the place in the song you want to hear, and then release. Your selection will break up the loop for a couple of bars before the follow actions take you back to the loop on their own.

Moving Around in Ableton Clips

Ableton gives you two ways to move around in the clip view without touching the mouse. The first is by mapping a control to the scrub control. Simply map the small square that appears between the nudge buttons in the clip window when you turn on MIDI map mode. 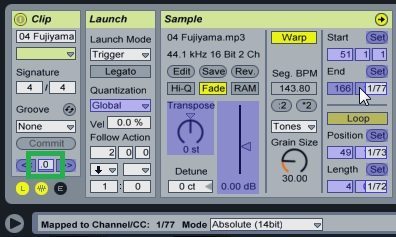 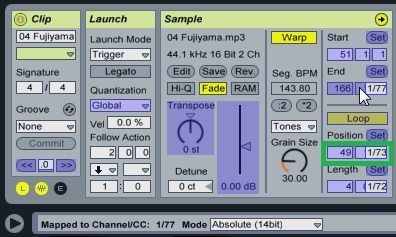 I am using encoders for both of these settings in the video, but some other controls work as well. Make sure you set both of these controls to Absolute 14 bit mode to get the most resolution out of the controller that you are using.

If you are not familiar with these controls, load up a clip and try it out. The Scrub control moves the playhead in increments of the global quantization amount depending on the midi settings and the resolution of the control.

Limitations with these controls

Moving the loop brace around is going to give you repetitive sounds unless you do something to add a bit of randomness. Another problem with the loop control is that it starts playing new material as you move the brace. If you want to skip to another part of the song, you will hear semi-random beats from in between the two positions. The scrub control is a bit easier to use for this purpose. It allows you to move around the song easily and it does not play until you have stopped moving the control. It’s a great idea to have this control as part of your arsenal, but be careful because one problem is that if you want to select a part of a song and then go back to what was playing before, you have to do it manually. There is, however, a way to fix this problem. 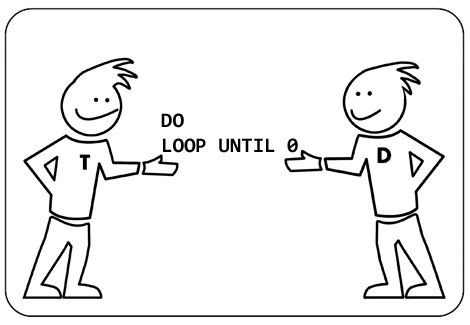 What I am doing in the video takes advantage of follow actions to enable me to take samples from 4 different places in the song and make a loop using selections from two different places at once. To try for yourself simply duplicate a clip and set the follow actions so that play alternates between the two copies. I set the follow length to two bars. This means that there is a 4 bar loop made up of two bars of the first clip followed by two bars of the second clip. 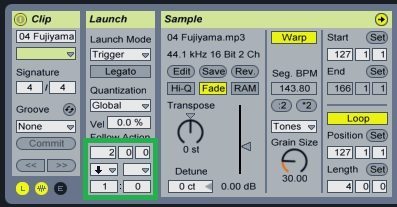 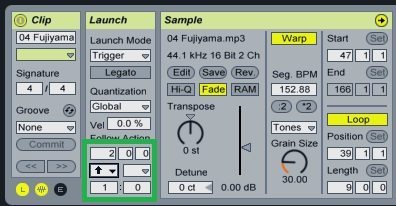 Move the loop position on both clips until you find an interesting 4 bar loop. Now, move the scrub control for at least a bar and select a new section of the song before letting go. This will enable you to break out of the loop for 2 bars and play a sample from anywhere in the track. The great thing is, if you let go of the control and start working on something else, you know that in a couple of bars, it will end up back in the 4 bar loop that you selected.

In the video at the top, I alternate between clips, selecting each 2 bar segment while the other one is playing. This means that I can play sounds from different areas of the clip on the fly. I also move the loop on one clip while the other clip is playing.  This means it’s possible to change the default loop on the clip without hearing random notes from other parts of the song or even using headphones to cue. It may sound complicated, but it is really pretty easy once you try it out.

The key thing to remember is that because follow actions will not force a clip to play if you are moving the scrub control, you can move both the loop brace and scrub control at the same time. This means that you can select the next two separate sections of the clip that will play at the same time while the other clip is playing.

So launch Ableton, set up a controller, and start practicing. This technique should be a lot of fun and help breathe some new life into your old Ableton sets.