Modern DJ software has nearly every feature you could ever want, but very few (other than Torq) offer the ability to warp songs. More specificaly, they can’t correct the timing of drummers playing off the grid, so old tracks can be challenging to mix with modern electronic music. The truth of the matter is that it’s probably best to correct those problems in a DAW before you hit the club, so in todays tutorial I will cover one method of creating mixable edits from un-quantized music using Ableton Live. 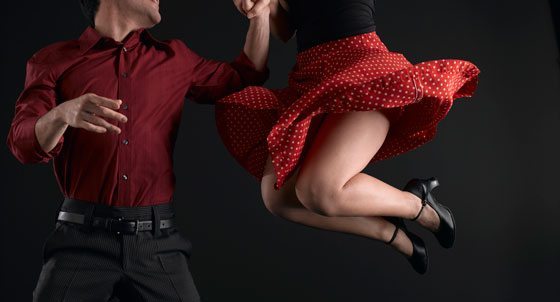 Before we jump in and start making every old track “perfect”, it’s important to recognize that these rhythmic imperfections are actually musically interesting and in a lot of cases, intentional. The gentle increase in tempo or a temporary shift in a drummer’s time is sometimes the magic touch that makes a classic song really swing. So, while we want to make a song mixable, it would be incredibly sad to zap all the pizzaz. With that in mind, for todays edit, I only want to warp the mix points and keep everything else untouched.

STEP 1. GET THE TEMPOS RIGHT

First, get your session tempo roughly matching the song’s intro. I am going to start a brand new edit of one of my favorite rock tunes at the moment; ‘Death By Diamonds and Pearls” by Band of Skulls and go through these steps with you. The final edit will be available at the bottom of the post!

In this case Ableton thinks the song is double time, so we will just stick with that and set the session tempo to 137.

Since we only want to warp 2 parts of the song it’s important to identify where our mix points are. This is the most important step since a good mix in and mix out point will be critical to the edit working in a set. Almost every old song offers a mix opportunity (though often short) so we want to find that part and extend it. Usually the 2 most obvious mix points are:

1) Intro (nearly every song has one)

– If you don’t have a post chorus bridge then quantize the chorus since mixing out of the chorus is always a good rule to follow. more on that topic here.

In our demo song there is a clear mix in point: the intro, which Ableton Live has already corrected nicely. You want to check the timing by turning on the metronome and listening to the song with the metronome loudly playing. While its not important if the click is behind, ahead or on the beat- it is important that it is consistent. Click on the small circles to turn on the metronome.

To make the intro super mixable, extend the loop so it runs for 32 counts. In this case I have doubled the intro loop.

In general, Ableton does a good job of warping songs but if the song starts to drift against the metronome then it has to be adjusted manually. There are many roads to warping but a basic technique includes the following 3 steps.

Ableton will now re-warp that section only from that point on with your correction in mind. A few of these adjustments is usually all you will need.

Now repeat step 2 for the outro. One trick you may want to employ: find the first down beat and deliberately move it to a proper bar (94- not 94.3.1) so your outro is now separated from the main body. In this manner you can check the loop timing, double its length and then re-join them later. 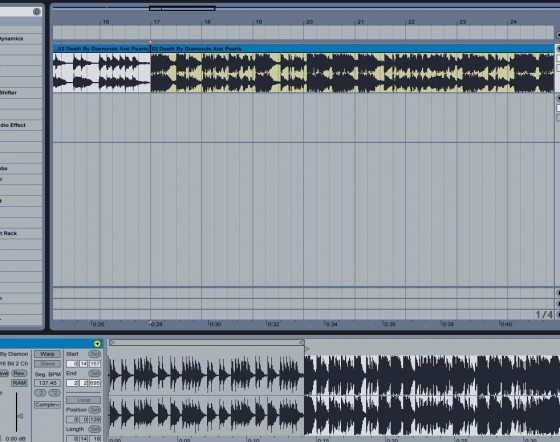 Your edit should now have three separate parts; the intro, outro and the middle. Your intro and outro should be on the grid, and looping very cleanly with the metronome, while the body is still warped but probably floating. Make sure there is plenty of space between the body and outro. Now go into the body and click warp so its not selected. The body will now play back in its original tempo and swing.

The intro and body will stay in time but the end of your body will have moved since its tempo shifted. This is the opportunity to move the outro off the grid and join them back up! Zoom in really tight and make sure the waveforms bump up against each other.

Select all the loops, bounce out the results and presto you have a simple mixable edit in no time (this one took me about 20 minutes).

This file has been pre-gridded for Traktor. You will notice that I placed two beat markers in the song at the start of the intro and outtro.

NEXT UP- PUMP UP THE JAM

You are probably noticing that classic tunes stand out like a sore thumb in the mix. Compared with today’s modern production, older tracks lack the low end muscle that really moves the speakers. So next week, we are going to take this concept a little further and turn your edit into a very basic remix guaranteed to shake the floor by borrowing parts from other songs.