When Do We Call Time on Time Code?

Vinyl has gone from being the club standard to a niche in a few short years – many smaller venues aren’t even providing turntables for DJs unless persuaded to drag them out of the cellar. Still though, many DJs stay dedicated to their turntables and swear by the precision, controller and feel of the trusty 1200’s. With the advances in speed, accuracy and acceptance of controller based solutions, is time code control still relevant in today’s digital landscape? When will controller technology get good enough to possibly exceed the performance or DVS systems and if that does happen, will time-code disappear?

A LITTLE BIT OF EXPLANATION 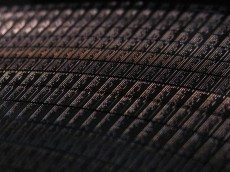 Time code works by sending a tone which is received by the software. That topic was covered more extensively in this 2009 article.  Despite sounding like a simple, constant tone to our ears, there is positional information in every single oscillation of that tone – Serato control vinyl uses a 1kHz tone, and Native Instruments control vinyl 2kHz – and so the needle’s position on the record can be accurately plotted to within a thousandth of a second.

In reality there are a number of factors that affect the quality of time code solutions though, from worn/dirty records and needles to inconsistent turntables and unreliable audio connections. A purely digital solution, theoretically, would be able to sidestep these variables and get much closer to true capabilities of the numbers. So what’s here now, and what’s on the horizon?

At 33 1/3 RPM, the standard speed a 12” vinyl spins, a full rotation takes 1.8 seconds. NI time code thus contains 3600 counts per rotation, or to look at it another way, the needle’s absolute position on the vinyl can be accurately measured to a 10th of a degree. To achieve the same level of accuracy on smaller sized platters, fewer counts are needed; a 12” platter has to rotate around 3mm on its outside edge to advance a single degree, whereas on the smaller 4” platter of a NI Kontrol S4, for instance, the outside edge needs to rotate only 0.9mm. The Kontrol S4 features 1000 counts per rotation, which more or less equates to the same accuracy as a hand touching vinyl time code at 4” from the centre. 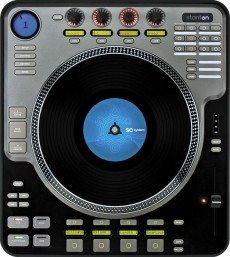 Stanton’s SCS1d is a proof of concept if we ever saw one; the 1d features a 10” platter with a slipmat and vinyl record. Based on the STR8-150 motor design, the 1d reads the rotational value of the record directly at 4000 counts per resolution, and as such is even more accurate than a time code record setup without any of the performance affecting variables that are inherent in DVS design. It’s so accurate and so individual, in fact, that it’s only recently that software has caught up to its capabilities.

So as we can see, the technology is already here. Theoretically, controllers can have an even quicker response than time code as well as all the accuracy and more – without audio to send, latency can be reduced as MIDI and HID latency is almost indistinct (many modern drivers achieve lower than 1ms latency, without counting USB errors, and Native Instruments have designed their own interface, NHL, which is similarly fast) and it’s also quicker to process than an audio signal. 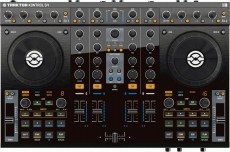 The most important question is WHY a 12”, spinning platter is important, or as the case may be for manufacturers, why it isn’t. Serious scratch DJs will generally prefer actually using vinyl to scratch with, but DVS gives the closest approximation of using real vinyl. Take all that advanced, freestyle-scratching-that-real-vinyl’s-better-for-anyway out of the equation though, and is it really important to have a platter that size? Manufacturers certainly don’t seem to think so. Pioneer’s pro level CDJs have ruled the roost as the professional non-vinyl standard for over a decade with a non motorised 8”, 3240 count (in the current gen) platter, and most MIDI controller platters and jog wheels are smaller still.

So is time code merely an interim solution that made use of existing technology to enable digital control? Crucially, is the design of digital DJ equipment even interested in matching the model of a 12” spinning platter? I think maybe not – if turntablism is the only category of DJing that utilises the turntable as an instrument in its own right, manufacturers may not be interested in reinventing the wheel of steel when they can invent something new with their own designs.

At the end of the day, demand tends to drive the market. Are you hoping to one day have a super low latency, 100% accurate, 12” spinning platter on your desk? Or is the scratching just a throwback in your quest for cue point stuttering, effect bending world domination? Let us know!