Several videos have popped up on the internet this week that each explore an interesting concept for using a standard turntable as a wireless controller. One creative gent from Stanford managed to use iPod Touches as controllers, while another inventive DJ has built a wireless turntable head-shell. Each video is a decent proof of concept, but neither has quite convinced us that they have much of a future in the professional DJ world yet. Check out our thoughts on the videos after the break and decide for yourself.

WALKING IN THE AIR..?

DJ Tech Tools loves the creative use of technology, and we really love when we see people pushing technology to fill a need they’ve recognized. Leon Codrington, the inventor of the wireless headshell prototype, tells us a little about his credentials: “I’ve been a DJ for about 20 years now, and for five years I worked at a store called Guildford Sound and Light [in England] before going into a technical role in film and TV”.

On the gestation of the idea: “initially I had an idea for an MP3 player that was a record, so you’d put the record on the deck and the needle on the special record and it’d imitate vinyl that way. I mulled it over for a while but it’s near impossible to do because of the sheer number of moving parts and the complexity of it, and the idea kind of evolved from there, I thought why not simplify it and have the headshell wireless…” 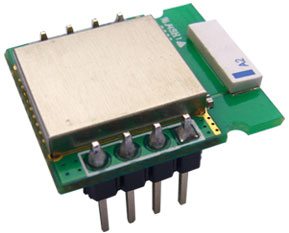 As far as the wireless technology involved, Leon told us: “The current prototype consists of a headshell with a Bluetooth module soldered on to it. The Mark 2 will probably be WiFi because it offers better performance, better bandwidth”. Indeed, our poking around confirms Leon’s findings, and it seems there’s just no way that a Bluetooth connection can get anything close to an acceptable latency. Leon tells us “You can cut latency down, with Bluetooth 3 you can look at establishing the connection via Bluetooth but handing it over to WiFi so it’s kind of half and half with the security and ease of connection of Bluetooth and then the bandwidth and latency of WiFi”, which sounds interesting – indeed according to Bryan and Wang of Mopho’s tests, one way network latency time of 3-5ms is achievable with WiFi. This is definitely a workable figure – it’s not really a great number to start with if we’re to start talking round trips, but it definitely works as a starting point – especially when considering that processing time for an audio signal adds on over a millisecond each way in any case. Indeed, MIDI over WiFi has been a workable solution for some time.

Of course, being a mark one prototype things are a long way from resembling a finished product. We asked about issues he’s already foreseen: “things like the size of the unit, weight of the unit, maximising battery life… Things like the preamps, something like the ones in the new Serato boxes are absolutely spot on, but there’s no way you can do anything like that linked to the headshell unless you want a counterweight the size of a tennis ball!”

Leon’s got ideas for more than just wax, too, “I love vinyl, but I’m just one dude… what I’d love to see is wireless capability built into a CDJ so a DJ can just walk up to it, flip a switch and be able to harness all the power of their laptop or tablet”.

The wireless headshell concept allows for audio to get sent back to the turntable, in theory totally eliminating the need to run audio cables from the computer to the mixer. In theory you could even pipe your main Traktor output through a turntable for the ultimate in cable free ease in the club. The issue we think the idea will have the most difficulty finding a solution to is getting that audio quality to a professional standard whilst working with the small amount of space on the headshell. 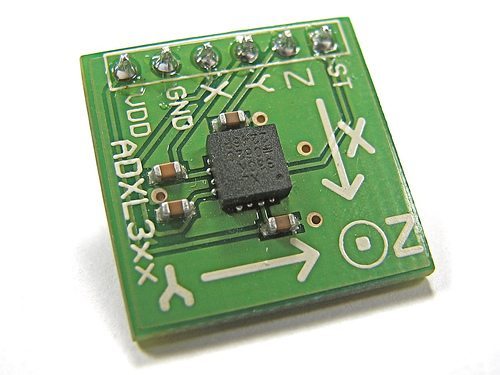 The Mopho, conversely, simply turns your turntable into a controller. The combination of gyroscope and accelerometer sensors in a device allow its speed and motion to be tracked quite accurately across three dimensions; if you connect them to a turntable you can digitise the turntable platter’s movement.

The latest generation of iPhones and iPods, as used in Bryan and Wang’s concept, have a 100Hz sample rate on their sensors. This level of accuracy means that if we move the record forward four times faster than a 33 1/3rpm playing speed, we get 8 degrees around for every time it’s registered to have even moved at all, thus accuracy of sound which isn’t good enough for practical use, but then the idea is very much still on the drawing board.

Using the iPod’s gyroscope and accelerometer is a really neat idea, though, and potentially it’s one that could be extrapolated to a dedicated device – something small and innocuous that sticks to a record label, allowing you to use a genuine vinyl and cartridge setup for a more realistic feel, or indeed the ability to stick it to any platter – from CDJ to spinning plate… or even built into a control vinyl, neatly sidestepping any set up or DVS wires.

So, DJ Tech Tools community, does one idea strike you as the way forward? Both of them have their merits? …or do neither really grab your attention? One thing’s for sure and that’s that both concepts are a long way from a market ready solution just yet, but your input might help to shape the Next Big Thing…