Native Instruments has announced a free Traktor Scratch Pro upgrade to all users of the S4 who register their product within the next 30 days, and to give you a little taste of why this is a good idea, they got DJ Dummy, the talented scratch DJ who rocks the decks for Common on his shows, putting an S4 DVS setup through its paces on video. We had a chat with the man himself, who took a break in the middle of a busy tour with Rihanna to take us through the routine and if the Kontrol s4 could really be a viable center of the DVS world. 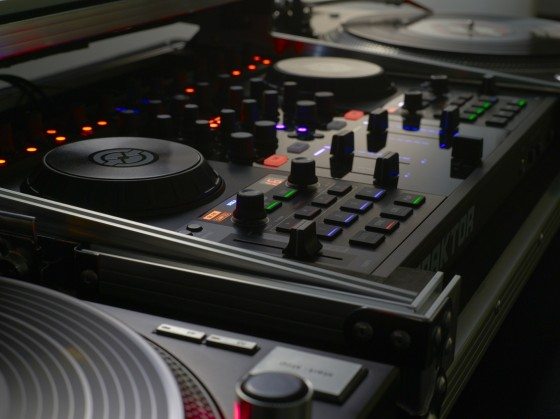 At the beginning of the video, you’ll notice Dummy hitting the sample deck pads and creating a sentence of wordplay cuts. “I can have eight samples set up, which is good for me because I like to do a lot of wordplay… so I can have a continuous sentence going on from different records all already cued up in my sample decks. That’s what I was doing in the video, and then I was able to scratch on the actual sample decks – so basically I could have damn near twelve records playing at one time [It’s ten by our count (Eight sample decks plus two full decks)… we’re not arguing, it is damn near twelve! – Tech Ed] which is amazing”.

“Basically I could have damn near twelve records playing at one time, which is amazing” -DJ Dummy

As far as how the S4 sounds? “Incredible. I do have one problem with it though, and that’s the effects… with the delay, when I put the fader down, the delay goes down, so I was like ‘eeeuuurgh..’. I had to think of a way round that…”

The next section of the video is some extremely tight beat juggling. Old habits die hard, though, and Dummy’s approach to DVS is to leave the decks in absolute mode. “I’m using [the turntables] as though I’m still on regular original vinyls” – the advantage to using the S4 as a DVS enabled mixer, then? “It’s mainly the sample decks and using the effects as well. The looping as well is a freakin’ incredible thing but I wasn’t confident to use it in the video because I was just learning at the time.” 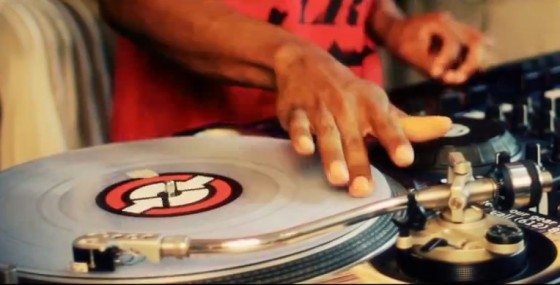 Another thing we noticed – and loved – in the video was the body tricks. We wanted to know what the S4 feels like ergonomically for a master. “At first I was like ‘ooooh’… the size is a little bigger than what I’m used to. For me to do body tricks I like a small mixer. But why I was able to do it was because the S4 is clean where the fader is… there are no buttons or nothin’ around where the fader is, so I was like, I can get around it. It’s not too big, and to have the two jogwheels it has to be that big, but it was like I could do body tricks because the fader, and also from the channels, is a good distance. Everybody knows me as a body trick DJ, so I had to put those in to show you can still do the bodytricks on it!”

“The size is a little bigger than what I’m used to. For me to do body tricks I like a small mixer. But why I was able to do it was because the S4 is clean where the fader is.” -DJ Dummy

Interestingly, DJ Dummy has one more use for the S4. “I do a radio show every morning on the internet and I can run it from my hotel room, even live from the tour bus, just plug in my internet card and go – and people are like ‘yo we can’t even tell that you’re not on turntables’. I’m really impressed with it.” 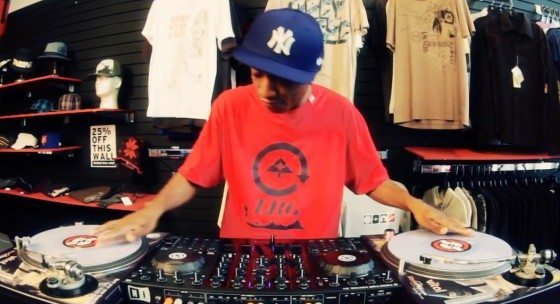 Many thanks to DJ Dummy for taking time out of his busy schedule to talk with us. For the whole month of July, Native Instruments are providing a free update to Traktor Scratch Pro for all S4 users who purchase and register their product – free is the kind of price we love, and it makes the deals we’ve currently got on the S4 in our store even more tempting – go look for some S4, Midi Fighter and TMA-1 headphone combo deals!

Don’t forget to let us know what you think about using the S4 as a DVS set up, and what your alternative solutions are below.

When Do We Call Time on Time Code?