An Open Challenge To All DMC Competitiors

The DMC World DJ Championship is in the middle of their regional battles, and the DMC Online Round 1 winners are set to be announced tomorrow (April 10th). Jay Slim, a current DMC judge and former competitor who was featured in “Scratch”, has issued a special challenge to all the competitors. Read on for his perspective on the current state of the DMC, why it needs to get better, and how entrants can stand out.

A Special Challenge: By Jay Slim

It’s that time of year again and DMC season is upon us for its 27th go-round. For someone that’s been a turntablist and ex-DMC’er (you may have seen the below clip of my “If you step up, you get hurt” routine from the 2000 US DMC in the documentary “Scratch”) for as long as I have, it’s kind of a shock to realize the DMC has been going on for that long.

The DMC Of Olde

I discovered and started following the DMC back in the early 90’s, and what I really remember is how much effort it took to even see the events before Youtube. You couldn’t just plop down on the couch, grab the laptop and do a Google search. Every year, it would be an ordeal of finding out when the video tapes (remember those?) were coming out, tracking down a local shop that had them in stock, plopping down three days of lunch money and driving through another two hours of LA traffic just to get into a shouting match with my sister for control over the wired remote for the VCR. Even with all that effort, I remember it always being worth every hour in the car, every missed lunch, every drop of gas, and every strained vocal chord  because you always witnessed some new technique or style that got your head bobbing and the rewind button worn out. 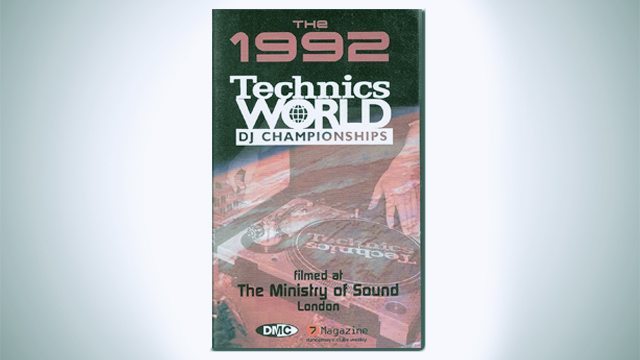 Then after a while, that all went away. Eventually, it got to the point where it was a struggle for me to sit through an entire DJ battle. My rewind button wasn’t being worn down any more. My fast-forward button, however, was. So what happened?

Musicality started going out the door. Things stopped being innovative. Everyone started to sound the same.

Ultimately, it just didn’t sound good anymore. And it stayed that way. 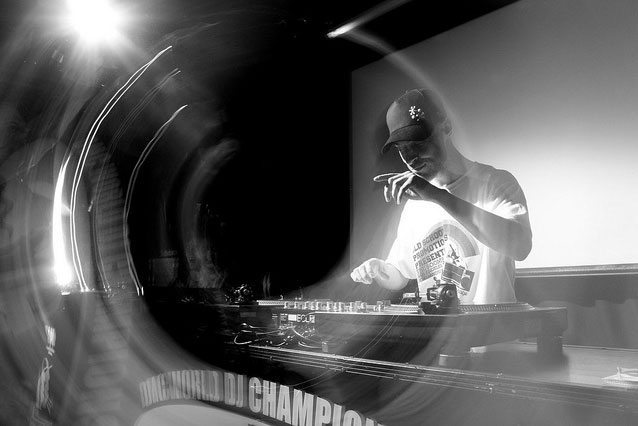 Something has to change, and it’s up to you, the current generation of competitors, to make it happen. As an ex-competitor and current judge, I’m calling every one of you out right now. In the spirit of the battle, I’m challenging you to step your game up, and shut me the hell up.

It seems like scratch sets today are all focused on showing off how fast and clean you can scratch. But consider this quote from I-Emerge’s ‘04 set:

“you forgot about one little thing: It’s called THE MUSIC”.

Today’s sets are almost entirely comprised of monotonous 32nd note patterns (In case you don’t know what 32nd notes are, just imagine any really fast scratching you’ve heard recently. Those are 32nd notes). They sound more like robots going down a pre-programmed list of scratches, rather than human expression. Yeah, I get that people are varying up the scratching techniques, but guess what. It still essentially sounds the same if you’re doing everything in the same rhythm, regardless of how many different combinations of clicks, tears, and babies (the scratch technique!) you throw in there. Keep doing those techniques, but vary up the rhythm. Try adding some shuffle, swing, and syncopation to your patterns. Also, don’t ignore the effect of pitch/velocity on your scratches. Lastly, like I used to really emphasize to all my students at Cal and the norcalDJMPA with DJ’s Pone and Vin Roc, silence is also a technique. Consider Q-Bert’s words:

[Scratching is] kinda like talking, you just speak what you’re saying; . . . each technique is a word, so the larger your vocabulary, the more articulate[ly] you can speak.]

Build up the vocabulary, but use it appropriately. Personally, I don’t like talking with people when all they use are really big words while speaking at a hundred words per minute. Do you?

One of the things I used to love about beat-juggling is how different the turntablist could take a given beat and make it sound completely different. One of the best examples of that is above, in DJ Nando’s ‘98 ITF set, where he did a really dark, bass-heavy beat juggle that was full of funky melodies. At the end of his set, he let the record go, and everyone lost their minds when they realized what he was working with. The record he used? “The Boy is Mine” by Brandy and Monica, a soft pop and r&b track about two girls cat-fighting over a guy.

Today, a lot of juggles sound almost exactly the same as the original. Turntablists will take a mid-tempo, glitchy electro beat and flip it into a…mid-tempo, glitchy electro beat. Last year as a judge, I even had to come out from behind the scorer’s table so that I could see the turntablists’ hands, because I really couldn’t tell from listening if the turntablist or the record was doing the work. If the end result of all your wizardry is something that pretty much sounds the same, what’s the point? More importantly, it seems like a lot of ‘tablists’ are leaving out one crucial thing when it comes to their juggles: it has to sound good. Technique-wise, your routine might be cutting edge, but if it sounds like raking fingernails across a chalkboard, scrap it. Never sacrifice musicality for technicality.

Last year, for the first time in over 20 years, a major addition was made to the tools allowed into the DMC: Serato Scratch Live. And almost nobody took advantage of it. Back in the day, people had to get resourceful because they were so hungry to go beyond the limitations and intentions of the tools. DJ Nu-mark clamped the tonearm with rubber bands and played it like an upright bass. DJ Noize used the EQ to create a wah-wah pedal effect. The Perverted Allies used the ground wires and transformed the distortion. That’s been a key theme of turntablism from the beginning.

Did you know that Technics 1200 turntables were made for use with home stereos, not DJ’ing? Did you know that Shure M-447 needles were engineered for jukeboxes, not scratching? That’s what makes it so tough to see the younger generation given a whole new world of possibilities on a platter, and they don’t use it, especially when there have already been plenty of examples on the web for years on how to freak it for turntablist use (like M-Rock’s digital juggling and Craze’s Traktor demos). This is one of the few times where the chance to innovate is already laid out on the table for you. Please take advantage of it. Of all the stuff I saw from 2011, the one thing I go back to is the part of Vajra’s set where he used one of the filters in Serato to drum scratch in-tune with a guitar/hi-hat track. There’s a reason why that man won the whole thing.

Being a turntablist is a tricky thing. We’re expected to be artist, magician, athlete, and scientist all at the same time, and striking that balance is not easy. At the end of the day though, the one label we’re measured against is “musician”, and we absolutely have to keep that in mind. Because if we don’t, our artform will die. The hard truth is, after all that we’ve done over the past 20 years, the world is still not sold on turntablism as a legitimate form of musicianship. DJ’ing, yes. Turntablism, no. While DJ’s are now multi-millionaire rockstars, most people could care less about turntablism, and other musicians still don’t respect us as peers. And it’s not because of what we can and can’t do.

It’s because we let our music evolve into something that’s more technique than art to the point where the only people who can appreciate it are other turntablists, if even that.

A lot of the older generation of turntablists just don’t like what it’s become, and that’s definitely not a good sign. If we continue down this path, there will be less people interested in taking up the artform, and our numbers will dwindle. As byproduct of that, sales of our tools will go down, and eventually companies will stop making them. Then what are we going to do? The thing is, it’s already happening. Whereas a decade ago turntables outsold guitars, our main tool, the Technics 1200, was recently discontinued.

And while the DJ equipment market is booming with MIDI controllers and digital solutions to help you at the club, I can’t think of a single controller that’s out there, or that’s even being developed, that I’d even remotely consider for a turntablist performance. So you tell me where this is headed. So when you’re up on stage, and you have the privilege of having the legendary DJ Red Alert count you down to the biggest six minutes of your life, keep in mind that you’re an ambassador of the artform. You need to show not just the judges and the crowd, but the world, that you’re not just a turntablist, you’re a musician who plays the turntable.

So that’s my six minutes on paper, my challenge to all of you to step your game up, and now it’s on you. As Steve Dee, the creator of beat juggling said, there’s a key question that the battle is asking you. “That question is ‘what are you going to do?’”. It’s time for you to answer.

The 5 products that shaped DJ history