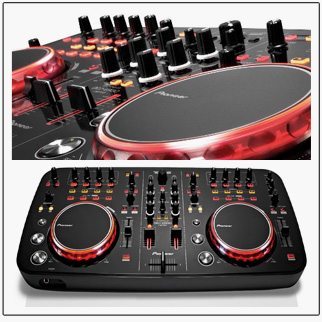 After almost a year since the original announcement of the Serato Intro-branded Pioneer DDJ-Ergo-V, the high-end DJ hardware giant is releasing a new limited edition of that same unit, with a redesigned control scheme aimed to match the workflow of Traktor Pro. The DDJ-Ergo K will come bundled with TraktorLE (LE is short for Lame, er, Limited Edition – no cue points), and is set to launch within the month of August of this year! It also boasts a less toy-like black control scheme, rubber EQ knobs, and similar lighting effects as to those featured on the original Ergo unit, including white LEDs, playback rotation, FX pulse, and track load pulse.

(Editor’s Note: seems like there’s a bit of a naming confusion here – even within Pioneer’s own site, we’ve found the unit referred to as both the “Pioneer-DDJ-ERGO-K” and the “DDJ-ERGOLimited”)