Productivity Hacks and Time Management Tips For DJs and Producers

Everyone has a unique way of spending their time in the studio. It could be practicing a new technique, tapping out a fresh beat, digging for new music, or reading gear reviews. Most of our time is determined by how we feel at a specific moment. But should you be spending your time mapping effects in a new Ableton template, tweaking a new drum loop, or building a wild effect chain in Traktor? Today’s article by guest contributor Mohamed Kamal offers some solid advice to help DJs and producers make the most of their time.

What’s important in terms of “being productive” for DJs and producers is subjective, but in my world it’s going from point A to B. It could be networking to land a big gig, nailing a remix for a big producer, attracting DJs and venues to my startup, and so on.

Eliminating waste is the fundamental principle of any successful person. As defined by Womak/Jones in their book “Lean Thinking” (a must-read): 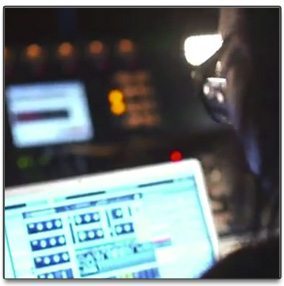 Many great and successful DJs — in fact, most people who are highly successful — succeed because they work hard to develop a narrow but important set of skills. It’s often easy to be good at many things, but becoming great at a few key things is often more difficult.

Especially with new DJs and producers, it’s very easy to want to pursue the dream of becoming a globe-trotting, festival-headlining DJ. But when focusing on these more glamorous visions, don’t get caught up working on activities outside or unrelated to your own strengths.

Mediocrity is a silent killer. Not having a clear roadmap to becoming an expert in a particular set of skills doesn’t do ourselves — or our dreams — any good. That’s what many of us fail and refuse to acknowledge.

Find the skills and areas where you want to become exceptional – and dedicate your time towards those. If you’re distracted, you will regret it. 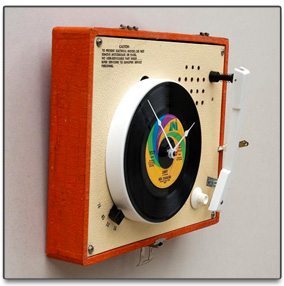 You need to make sure that the majority of your time is spent working on developing your narrow and exceptional skill set. Unfortunately that’s often rare:

Over 22,000 people have taken a distraction survey conducted by Harvard Business Review writer Peter Bergen and 73% agree or strongly agree that they don’t spend enough time on what’s important – their sweet spot, which primarily involves doing work that takes you from point A to B. That’s a massive waste of time.

As a DJ you have many hats to wear, including networking, DJing, marketing, producing and perfecting your skills. All categories contribute heavily to your success, but you can’t be outstanding at all of them. Creating structure to improve your talents requires managing your time and focus.

A simple way to manage your time is to create roles and schedules for different types of work: manager schedule and creator schedule.

Trying to find a balance between creative and noncreative time can be more art than science, but there is a fundamental concept that must be present to improve your talent and productivity: flow. Flow is perhaps best defined by psychologist Mihaly Csikszentmihalyi in an interview for Wired magazine:

“being completely involved in an activity for its own sake. The ego falls away. Time flies. Every action, movement, and thought follows inevitably from the previous one, like playing jazz. Your whole being is involved, and you’re using your skills to the utmost.”

Activities that are likely to flow well typically have the following attributes:

While flow can’t be triggered at will, you can arrange activities so they allow for flow. Below, I’ve put together a list of five hacks I use to create flow during my practice and studio times as a DJ and producer.

My creativity sessions are typically in the music production realm: programming beats, designing new sounds and chopping vocals. Because these activities need solidly uninterruptible blocks of time, I schedule these very early in the morning (6am-8am). I don’t check email/Facebook, my phone is off, and all potential distractions are eliminated. I find 3-4 hour blocks (with 10-15 min breaks in between) work best for me.

On the DJing side, this time is spent auditioning new tracks, practicing a technique, recording a podcast, or sometimes designing a new flyer for an event.

#2: Knock out creativity goals as early in the day as possible.

I’ve tried both staying up late and waking up early, and prefer the latter as it isn’t interrupted by sleep -allowing studio activities to flow better. I also find that accomplishing something tangible that early in the day sets the tone for my podcasts and other production projects. Everything tends to sit right, and by the end of the day I might have a complete track (it’s happened seven times so far!).

Most of my best recorded DJ sets were during the morning. Even if you’re not a morning person, give a creative start a shot to see how it frames your day.

Manager activities, as I mentioned earlier, include less intensively creative tasks like: responding to emails, engaging forums and blogs, checking out new mixes from other DJs, etc. On the production side, it’s organizing the mixer or doing small edits. These types of tasks are easier to accomplish after creativity sessions because they somehow validate what you have created. For example, after programming an 8 bar drum loop for your chorus, it will be much easier to layout it on the mixer, color it in the session and off to mixing.

#4: Don’t take the critic inside seriously

Does this sound familiar? You are recording a podcast or practicing a set, then a little voice says, “Ha, your mix is boring and dull. Just like you. You need new gear to make your mixes awesome. You’ll never make it big time with what you’ve got”. With production it’s, “You don’t know how to produce, who do you think you are? This song is crap!”

This internal critic is always with us. Living with doubt is something you have to deal with and learn to manage. An effective way to overcome this germ is to take a 5 minute break from the task at hand and come back when you’re ready. If you are unable to shake it off then:

#5: Look for outside help 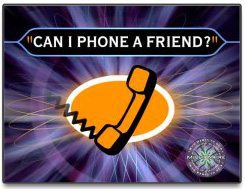 If your internal critic is throwing red flags, reach out to friends who are more experienced. I used to be on an online radio show when I first started DJing and I wasn’t happy with my sets prior to the show. It wasn’t until a close experienced DJ friend had a listen and validated my mix that I felt confident in my abilities to rock the digital airwaves.

With music production, I had an experienced producer friend giving me feedback on my tracks – it’s the same idea. Silencing the critic by checking in with someone better at critiquing work saved me a lot of time and put me back into the flow.

Becoming great in any creative endeavor takes focus and self awareness – and your time to become great is valuable and limited. Defining success and identifying the 2-3 main areas in your DJing career that you need to focus on will help you stay on track. Knowing your shortcomings and reaching out for help will help you achieve the flow that you need to continue to be creative on a regular basis.

As always, we’re curious as to your thoughts – how do you all stay on-task and focused on achieving your goals in the studio, when you’re practicing, or even just in everyday life? Let us know in the article comments!

Read More: Not getting booked? Our tips on getting out of the bedroom.

Mohamed Kamal is an ex-SiriusXM DJ/Producer-turned-entrepreneur from Washington, DC. He is the Founder and CEO of Gigturn, a platform that connects DJs with fans and gigs.

Building A DJ Team: The People Behind Successful Artists