7 Essential Books For DJs and Producers

Festival season is just around the corner, which means significantly more downtime for DJs and and music fans alike while en route to the show. When you’re waiting in bus stations, trains, airports, and cars to get to the next big event, having a book to read is great – and you could be expanding your DJing and production knowledge while staying entertained. We’ve put together a great list of seven essential reads for DJs and producers, read on!

We’re not going to ask you to write up a full book report – but instead look at the below list as recommendations of some of the most useful and interesting books that we (the DJTT staff) have read and been recommended. We’ve included a quick description of why each book is special and worth your time – and links to Amazon and digital versions of the book where available! 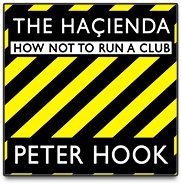 The Hacienda – How Not To Run A Club
Author: Peter Hook
Price: $8.50 on Amazon
Why It’s An Awesome Read:  The Hacienda – better known as the monumental Manchester club where acid house took off in the 1980s – is one of the cornerstones of modern club and DJ culture. In this book, Joy Division/New Order’s Peter Hook tells the story of the club (of which he was a co-owner), its incredible success, and equally incredible failure in the 90s. 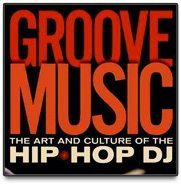 Groove Music: The Art and Culture of the Hip-Hop DJ
Author: Mark Katz
Price: $20.79 (paperback) / $9.99 (Kindle) on Amazon
Why It’s An Awesome Read:  A lot of current media about DJs revolves around the evolution of electronic dance music from the raves of the early nineties to the ragers of today – so to have the story of a completely different music genre revolve around DJs is always refreshing. Mark Katz’s book is on point, with a history of hip-hop that stars the DJs as the central founders, proponents, and innovators of the field. 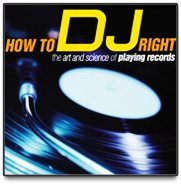 How To DJ Right: The Art and Science of Playing Records
Authors: Bill Brewster and Frank Broughton
Price: $10.20 (paperback) / $8.25 (Kindle) on Amazon
Why It’s An Awesome Read: As with a lot of modern creators, DJs have to be part technician and part artist – and How To DJ Right is a textbook for DJs (experienced and amateur) who want to excel at both concurrently. It’s both simple enough for beginners to understand and fundamentally powerful enough for DJs who have been around the block to still get value out of a read. Forget reading any “Learn how to DJ in 3 hours!” book and read this first. 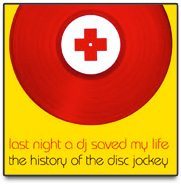 Last Night A DJ Saved My Life: The History Of The Disc Jockey
Authors: Bill Brewster and Frank Broughton
Price: $11.52 (paperback) / $9.60 (Kindle) on Amazon
Why It’s An Awesome Read: The truth is that this book should be required reading for anyone who decides to spend time behind the decks. Brewster and Broughton (the same crew!) catalog the century-long history of DJs and their role in the advancement of virtually every genre in the last forty years. If you’re going to read one book from this list (and haven’t already), make it this one. From the book’s description: “Drawing on in-depth interviews with DJs, critics, musicians, record executives, and the revelers at some of the century’s most legendary parties, Last Night a DJ Saved My Life is nothing less than the life story of dance music.” 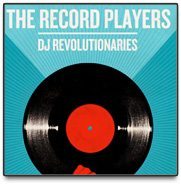 The Record Players: DJ Revolutionaries
Authors: Bill Brewster and Frank Broughton (yes, again!)
Price: $12.16 (paperback) / $9.99 (Kindle)
Why It’s An Awesome Read: This most recent publication from this tag-team of DJ music journalists who penned the two books prior takes the focus away from the technical and historical and instead relies on the DJs themselves who build DJ history to tell their own stories. It’s a natural follow up to Last Night A DJ Saved My Life, complete with “a collection of firsthand accounts from the obsessives, the playboys, and the eccentrics that dominated the music scene and contributed to the evolution of DJ culture”. 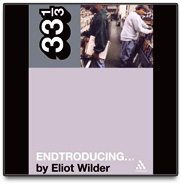 DJ Shadow’s Endtroducing… (33 1/3)
Author: Eliot Wilder
Price: $10.17 (paperback) / $9.66 (Kindle)
Why It’s An Awesome Read: There’s little doubt that Entroducing… fundamentally changed the landscape of sampling – which is what makes it a great subject for this edition of 33 1/3, a series that canonizes classic albums. In this book, you really get a sense of who Josh Davis (DJ Shadow) is, and what the mix of circumstances, skills, and passion were in his life that allowed the creation of Entroducing…. 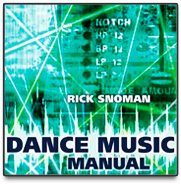 Dance Music Manual: Tools, Toys, and Techniques
Author: Rick Snoman
Price: $24.06 (paperback) / $22.86 (Kindle)
Why It’s An Awesome Read: This tome by Rick Snoman is used as a textbook in a lot of electronic music production classes simply because it’s one of the best written introductions to the topic. It covers a breadth of subjects and genres – and really gets to the core of how to take a desire to write/create dance music and turn it into actual songs. From learning the basics of audio, to synth programming, to remixing and sampling, if you’re looking to start down the production road, this makes for an ideal starting point.

These books are just the beginning, and comprise only the core of the DJTT library. What books do you think are critical or exemplary reading for DJs and producers? Let us know in the comments below (and be sure to tell us why it’s so good!) and we’ll add the top-voted entries to this article. What’s on your summer DJ reading list?

Getting Kicked Off The Decks + 5 Tips For DJing At…