It’s increasingly common for those who want to add an edge to their DJing to get into production at some level, either to add completely new originals into the mix or just to have a few nice edits at your disposal. The most common beginner problem for DJs entering the production marketplace is usually the time consumption required to produce; unlike DJing, it requires long periods of time with little reward before anything decent comes out. So here’s a set of tips to help you separate out your production processes and make the time you spend more effective and efficient.

In the process of production, it can become easy (if not a subconscious action) to get caught up in the minute details of a track: if you’re not careful, you wind up spending excruciating hours on a kick drum or synth line, only to come out of the process confused, uninspired, and exhausted. The easiest way to fix this mental exhaustion is to split your production into three distinct processes and stick to this division of labor religiously!

First: Creation This is where you let loose on a track; be as creative as you can be with sound design, instrumentation, orchestration, structural elements and experimental sonic textures. Instead of worrying about how the sounds are meshing, focus instead on the general thematic and structural elements of the track. Ask yourself:

During this entire process, see if you can manage to leave the volume faders as they are: you might redline a little (or a lot), but you’ll be surprised at how fast the track comes together when you’re not sweating the small stuff.

Second: Mixdown This section can be easily blended with the creative process if you’re not careful, so be sure to catch yourself when you find that you’re tweaking small details in the mix during the creative process. Once you’ve finished the track itself, give it a couple hours – or even a couple days – sit down with fresh ears, and just fix everything you notice. There are literally hundreds of different techniques to mixdown that aren’t coverable here, but your core focus should be 3 things: levels, EQ, and compression. If you master those components, you’re well on your way.

Finally: Mastering If you’re doing your own mastering, which is inadvisable for important releases but fine for a quick edit or club track, then repeat the steps before mixdown (take a few days off, fix everything you notice), but bounce the track so you don’t tempt yourself into adjusting the mix and the master at the same time.

Keeping your processes separate is crucial to creating a sustainable and enjoyable workflow. While not an exhaustive list, this table might help guide you through which process occurs when.

CREATE A MOOD, NOT A GENRE

It’s a frequent problem that new producers end up emulating their favorite producers or exploring the tropes of their genre to the point where their sound becomes derivative. This is mostly a product of a problematic approach to production: instead of trying to emulate a certain sound, tempo, or genre, aim for pure expressivity. It might seem daunting at first, but a much easier way of channeling your inspiration without your work sounding too derivative is to attempt to convey a feeling rather than a “sound.” An easy way of doing this is matching the rhythmic and sonic elements of your track to fit the “mood,” by incorporating things like trills or legato to give a sense of either momentum or lethargy to your tracks. Take a look at the effect of rhythmic changes in otherwise similar songs:

In the track above, the emphasis of the plucks during the main section reinforces the power of the kickdrum and emphasizes the 16th notes of each bar with nothing on the upbeat or any syncopation, giving it a plodding, marching quality.

As opposed to the earlier track, the producer has instead opted to emphasize the upbeat with sparse instrumentation on the downbeat. This gives what many colloquially refer to as a “bouncy” or “swung” feeling, and it adds a lot of momentum to a relatively minimalist track. In short, how you approach the downbeat of your track (many times the kickdrum) will fundamentally alter how your listeners perceive your track; use this as a tool for creativity, instead of trying to imitate a genre’s sound or tropes.

Quick Tip: Use triplets to provide an off-kilter, momentous feeling. They’re criminally underused by most producers. 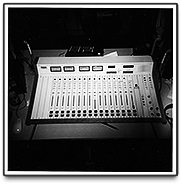 Comparing your track to another, studio-quality track, otherwise known as “A/Bing,” can be useful to measure relative loudness and punch. But the effects of this can be disastrous if you do it too often or infeffectively.

Never A/B during the creative process; the result is a heightened awareness of the flaws of your track, which can leave you disillusioned and uninterested. When A/Bing to mix, drag the volume of the comparison track until it’s equal to (or below) the peak of your track. Loudness is hugely influential in terms of your perception of quality, and listening to an incredibly loud studio track versus your unmastered mix will distort your perception of the mix in general. Even during the mixdown, it’s best not to keep referencing a track, as even if the two are at similar amplitude (meaning volume) they might not have the same “loudness” (a psychological phenomenon).

Here’s an example: listen to these two sounds, then try and guess which one is louder.

If you guessed the second example, you’re in the same boat as most other people, but the trick is that these sounds are at the exact same amplitude (dB level). Which frequencies are emphasized, a key part of mastering, adds a huge but indiscernable amount to the way we perceive loudness. This is a basic, but potent realization: countless producers get discouraged or spend endless time tweaking because their song doesn’t sound as “loud” as a club track they’re listening to, even though they’re pushing compressors and limiters to their peak. Instead, ease off the volume, work on the mix, and hand the mastering over to someone else who can punch it up later.

Quick Tip: Bring the volume of your reference track down by around 12 dB when comparing; that way, it will be significantly quieter than your own track, and you’ll be forced to only pay attention to the mix, and not the effects of the punchy mastering.

It’s totally natural to find yourself hitting a wall – nobody has an endless supply of wisdom and creativity. The best thing you can do is try to remember why you started making the track, or even started making music at all, in the first place: to have fun.

It’s easy to get swept up in the glut of competition and market saturation and think that you constantly have to be innovating beyond people and making the next hit track, but in all actuality, you’re better off doing something that you enjoy; don’t worry about other people’s tracks, don’t worry about how you think you sound, just start messing about. You’ll be shocked at how easy it can be to make something you enjoy again.

Read Next: How To Destroy Producer’s Writers Block

Wax To Tracks Competitors + How To Play Along At Home