Native Instruments today is announcing a brand new controller designed to fit right in alongside the X1 and F1 – the Traktor Kontrol Z1. Take the enormously successful Kontrol S4, shave off the deck controls and two of the channels, and you’ve got the basis behind the Z1. With integrated filters, a sound card, and macro FX controls, we’re already feeling the RGAS kick in. See all of the details, including an exclusive photo gallery and demo video inside. 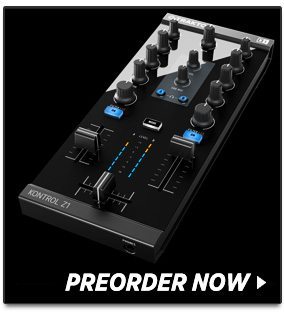 
The Kontrol Z1 doesn’t take that much explaining – it’s a design that digital DJs have been asking for since Native Insturments first hardware controller was launched (the Kontrol X1, in 2009). The mixer acts identically to the other Kontrol mixers, with two channels each with their own 3-band EQ, filter, and gain. Fans of the Z2’s center-detent Macro FX knobs will note that the Mode button allows the filter knobs to switch into a similar simple FX control that allows users to control Traktor DJ’s XY effects (Edit – NI has reached out to let us know that the knob at the moment does not control Traktor Pro’s effects.. more to follow).

Check out the complete photo gallery below, and even more details follow.

In terms of how Z1 works with its software counterparts, the controller unlocks a solid external mixing solution for iPad DJs that cleanly integrates with Traktor DJ (for all iOS hardware). Not only does it take the more tactile elements of mixing into a hardware controller, but it acts as a plug and play solution in terms of audio and power – with a built-in soundcard and cable that allows the iPad to charge off of the Z1’s power supply. For now, the Z1 has an included USB to 30-pin connector, which means that owners of newer Lightning-based iOS devices will have to grab a $23 adapter from Apple.

Watch: Our review of Traktor DJ for iPad 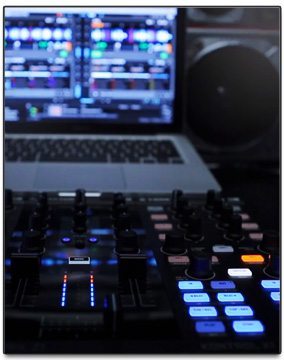 The Kontrol Z1 has an identical design and dimensions as its sister products, the Kontrol X1 and F1 – allowing it to work well with the stands and cases – and making them a modular match as suggested in the video above.

Additionally, the size makes it a realistic carry-along piece of hardware for adopters of Traktor DJ for iOS, especially since it addresses most of the major drawbacks of iPad DJing as addressed above. I suspect we’ll see house party and mobile DJs using this hardware paring for the portability, but also to keep the risk of more valuable laptops and high-end mixers and controllers getting stolen or damaged to a minimum.

It’s worth noting that the Kontrol Z1 is a bit different from the X1 and F1 in that it will be shipping with just a copy of Traktor LE, not the full Pro versions that currently ship with the other units. The press release notes that “a $50 / 50€ e-voucher will also be sent to users upon registration of the included TRAKTOR LE software”  – presumably to purchase a full version of Traktor. There’s no mention of the voucher being good for purchasing the App Store-sold Traktor DJ, which sells for $19.99 for iPad or $4.99 for iPhone/iPod Touch.

We’ll have a review of the Traktor Kontrol Z1 at the beginning of July – along with continuing details on the updates that we’ll undoubtedly see to both versions of Traktor DJ and Traktor Pro as they become available . Have questions about the new unit? Comment below and let us know.

Traktor DJ 2 With Soundcloud, Retina Support Out Now For…