DJ TechTools is taking music releases to the next level with Mad Zach’s first single “Evil Lurks on a Summer Day”.  Instead of a traditional  2-track release onto Beatport, we’re publishing the entire Ableton project file, a fully interactive sound pack and a tutorial on how to play the song using grid controllers. It’s something new that we hope will bring the worlds of creation, music interaction, and re-mixing together in a seamless feedback loop. Read on for the full details and  how you can personally get involved.

IF YOU TEACH A MAN TO FINGER DRUM

Have you ever wished you could see how someone made a song? Imagined working with the raw elements, in fully interactive sound pack form?  A type of song form that people could not only listen to, but watch, play, and feel for themselves?

When music was recorded on traditional mediums like vinyl or tape, linear, more passive listening was usually where the creativity ended. Scratching, Turntablism and digital DJing have started to break down those linear barriers, but currently fail to provide the actual DNA of a song at your fingertips. In a DIY digital age like the present, how does one fully engage with the music? One possibility  is in interactive form.

Many modern releases are now available in loops, stems, or even raw samples. Actually importing and playing these parts in a musical manner remains the big challenge, while being able to perform the song like the original creator is largely impossible. By unifying the environment that music is both created, and experienced with a common interface (such as a grid of buttons) anyone can understand and play the same songs but with their own unique expression.

WHAT’S IN THIS RELEASE?

A fully interactive music package. Listen, touch, feel and re-imagine every element of the song. With a music video, song, sound pack, and new MIDI lesson feature, there’s no end to how deep you can get into the song. Here’s Zach’s original track in its recorded form. 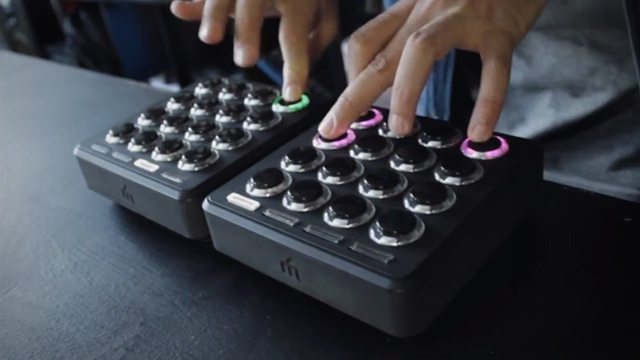 The lesson aspect of the pack is one of the most exciting features because it shows you step by step how to play the routines used to create the song.

“The way I write music, controllerism is completely integrated with production. In order to share every element of the song, I’ve included “lesson midi” files that can play back the patterns as I played them in, and display them on the lights of your midi controller. You can slow down the tempo, and practice the patterns at your own speed. Since there are 32 sounds, you can either play with two hands, or grab a buddy and practice together.

For me, this release is a new experiment in collaborative songwriting. Instead of holding a remix contest where I give out finished stems, the entire project file is opened up for you to dissect and learn from. You can see all the mixing details, how the samples are organized, layed out, and automated.”

REMIX THE TRACK, GET FEATURED ON 1ST DJTT RELEASE

Use the lesson and the included Ableton project file to craft your re-imagination of Evil Lurks On A Summer Day and submit it to this Soundcloud group. We’ll choose our favorites to be included in an upcoming EP release.  If you really want to impress DJ TechTools, release your version as a live YouTube performance as well so we can see your chops on the controller.

Digging the concept and want to try it out? The full release, project file, WAVs, and lesson are all available in the DJTT store now for only $4.99.

Why You Should be Playing with Soundpacks