There are DJs who want to focus on just the music they mix and those who want to add another layer to their set. Mixvibes’ Cross DJ software is the mixing solution for DJs who are looking for the a blend between audio and video mixing, all in one cohesive package. DJ Tech Tools reviewed the software back in January and today Mixvibes announced the 3.3 update which adds better support for 64-bit systems and an improved system for track selection. Read more about the update and what it means for the DJ/VJ. 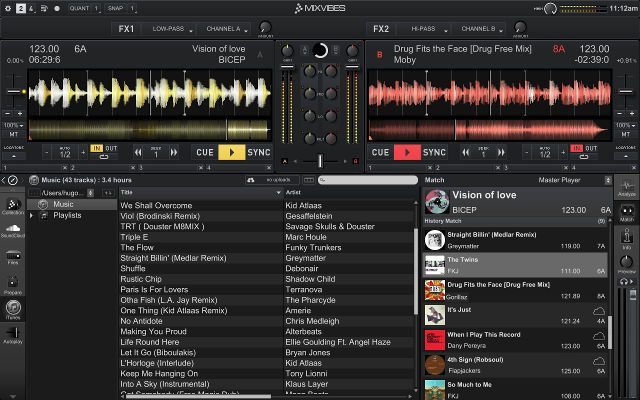 Cross DJ 3.3 is icing on the cake considering where the software was just over a year ago. Cross DJ allows the user to mix video just like one would mix audio in any other software. This means that cue points, looping, scratching, pitching, ect. are all included. That being said, Mixvibes took the time to improve the way the user feeds tracks into their sets by adding the Track Match feature.
A pane on the right side of the library displays a list of suggested tracks and the user can choose to interact with this list in three different modes: Automatic, History, and Manual.

Automatic Match displays a list of recommended tracks to be mixed with the ones currently playing based on BPM and key compatibility.

History Match displays the tracks already played with the track currently playing to avoid playing the same tracks and remember which tracks mixed well together.

Manual Match is utilized when the user plays 2 tracks that go well together, and wants to recall the combo later by hitting a button to ‘match the tracks’. The matches are kept in memory, and displayed anytime those tracks are played.

The Enhanced Collection allows tracks to be synced and analyzed based on BPM and key. Cross DJ 3.3 pulls tracks from files, iTunes, and Soundcloud. The update also includes advanced search tools, improved navigation history through a widget in the top-left corner, and better column sorting using a waterfall search. 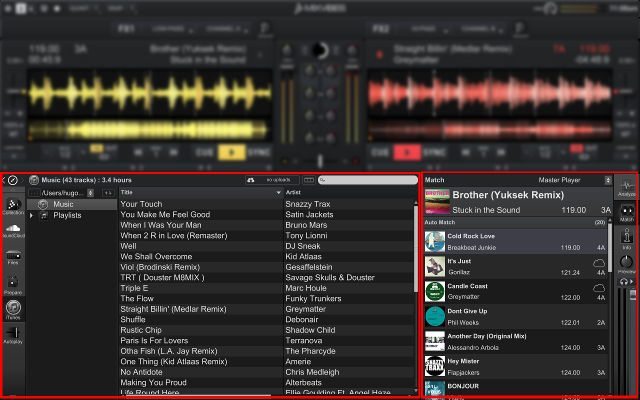 Cross DJ 3.3 will also be released in a 64-bit version which allows the system to pull together more resources to run the program more efficiently and this is especially important if the user is mixing large, HD video files. The 64-bit version will improve overall stability and audio quality. Cross DJ 3.3 will also include more responsive MIDI control and the option to search a MIDI controller by tapping its name in the settings menu.
Mixvibes recent update adds some interesting and need features to the software. This may not be your choice of software if you are just mixing audio but if you are a VJ, this may be the one for you. Mixvibes is really starting to show that Cross DJ 3.3 is more than the average, introduction mixing software.

Kreasound: A Hub for Project Files and Remix Contests