Since August, the internet has been abuzz over A-Trak’s real DJing campaign. The turntablist took to Instagram with a passionate post about what real DJing is and how it has evolved through the years. A-Trak shares his experience of shifting from analog to digital DJing, while still keeping his performances authentic. The post is seen as A-Trak’s response to mounting criticism that DJs are nothing more than button pushers.

What is Real DJing? 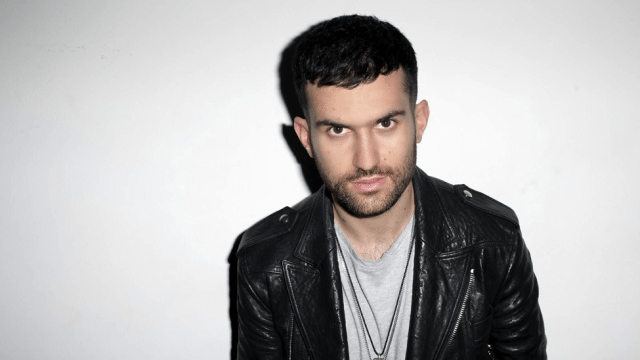 A-Trak begins the post saying, “There’s a lot of talk lately about what DJing is becoming. I’ve seen it evolve a lot over the years. I started DJing when I was 13, scratching vinyl and playing strictly hip hop, winning championships. The DMC judges thought I was pretty good at it, but think my definition was narrow back then.”

“I remember when my aunts and uncles found out I was a DJ they assumed I was the guy talking on the radio. So to define who we were, we called ourselves turntablists. We wanted legitimacy. As I grew up I got into more sides of the craft. Party-rocking and mastering different musical genres. In the early 2000’s I was Serato’s very first endorsee. I remember talking to Jazzy Jeff and AM about Serato: was it stable enough? We also had to convert all our music. DJing was becoming digital. Then Kanye hired me to tour with him, because he learned how to perform from Common and Kweli who had real DJs too – shout out to Dummy & Ruckus. We went on an Usher tour and Kanye wanted me to bust solos. My routines were too specialized so I had to make new ones that this new audience would understand.”

A-Trak continued on to address new and evolving DJ technology, “I started seeing the bigger picture. Then I got into electronic music. I remember seeing Mehdi, Boys Noize, Feadz playing on CDJs and thinking: these guys are turntablists too. Surkin was the first guy I saw DJ on Ableton in a way that felt like true DJing too. Now there’s a whole new cast in electronic music, and it’s still exciting to me. I’ve seen a lot of fads come and go over the years. And I don’t think my way of DJing is the only way. I wish I could also play like Carl Cox and DJ Harvey too. But I have my style and it’s my passion. I love standing for something that means something, as Pharcyde would say. When you come to my show you know you’ll see me cut. And take risks. DJing is about taking risks. I represent #RealDJing #YouKnowTheDifference”

These words made a big impact as other DJs and artists quickly took to Twitter to show support for A-Trak’s comments.

The hashtag, #realdjing, has now turned into a label to showcase what it means to be a part of the real DJing movement. 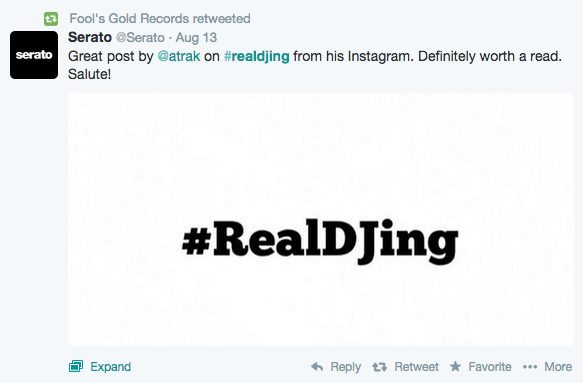 What Does Real DJing Mean to You?

DJing is all about takings risks. Just as A-Trak was one of the first to take the risk and pick up Serato (he now uses Traktor), we take the risk in being some of the first to expand the boundaries of what it means to be a DJ, producer, or an entertainer. While the “push play” debate continues, DJTT readers continue to discover new ways to perform.

What do you think “real DJing” is? Let us know in the comments below. Or you can join the conversation on Twitter by including @DJTechTools and the hashtag #realdjing in your tweets. Some of your tweets will be featured in our next article on “real DJing.”