Crane Hardware have made quite a name for themselves in the DJ industry with their previous laptop stands; the Pro, and Plus. Offering vast amounts of adjustability, along with lightweight but sturdy construction, they’ve appeared in booths all over the world. Now they’ve released the Elite, the long-awaited successor to the Pro. Is this the next evolution in stand design? We tested it to find out.

The Crane Stand Elite is available in the DJTT store here for $149.99 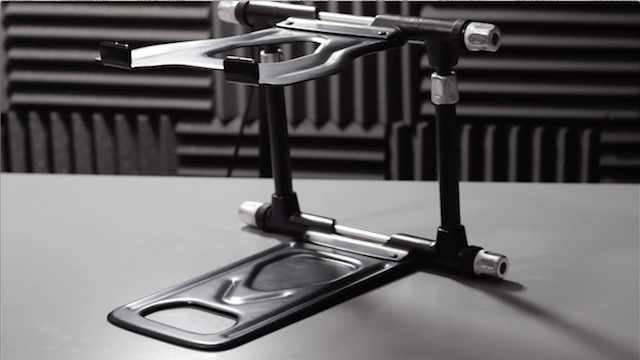 Crane Hardware really, really think about laptop stands. A lot. The Elite is bristling with ideas and hardcore engineering, to a point where you might even wonder “is it really worth it”? At $150, it’s a significant investment (although cheaper than the $200 price originally predicted), and joins the market at the very top end. It’s strong enough and large enough to cope with laptops up to 17”, add-on controllers, FX units, and even mid-sized all-in-one controllers like the Vestax VCI-380.

Let’s break down the main features of the new stand. 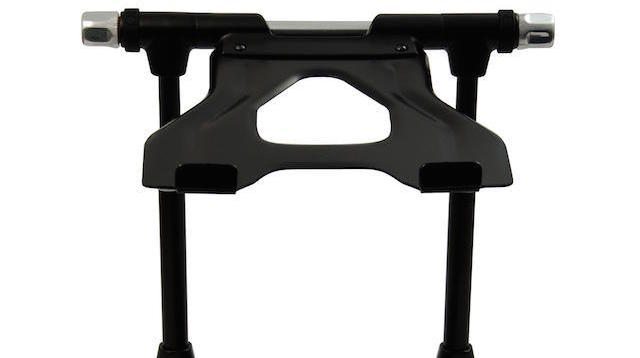 Whereas the old Crane stands were essentially a fixed height (angle dependent), the new adjustable legs mean give you an extra few inches of vertical height adjustment. If you’re on a mission to tuck your laptop away, go lower. If you need to clear the top of some tall flight cases, go higher. Much more flexible.

The Z-position, where the bottom platform extends backwards under the stand, instead of forwards, is also improved. Thanks to the design of the top platform, you can drop this thing almost to the deck; ideal for those times when you want your laptop or controller off the booth surface but not too high up.

The notched ‘teeth’ design found in the angle adjustment on the Elite is an interesting idea. It means that less force is required on the locking nuts to ensure things stay in place, and still offers the full range of movement found on Crane’s previous models, just in a series of small steps.

On the Pro and the Plus, with their freely adjustable system, it was rather too easy for the paranoid (like me) to over tighten the locking levers, and wreck the cam hardware over time. The Elite only requires one hand to tighten things up, too, which is also an improvement. 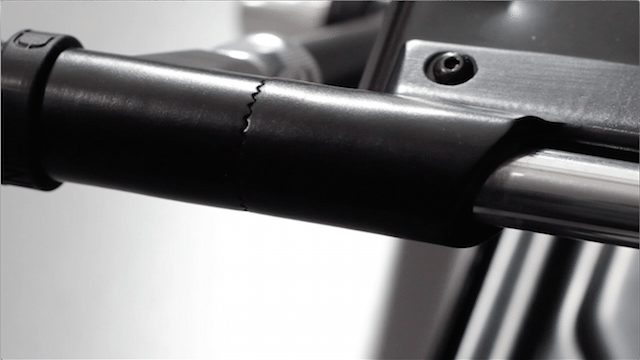 The Elite is constructed almost entirely from aluminium, except the top leg sections, which are carbon fibre. Those materials help bring the overall weight of the stand down to under 3 lbs. The Elite really is crazy light, but still feels very sturdy. With any stand of this type, there will always be some ‘bounce’ when you hammer on the mounted equipment, but the Elite definitely exhibits less of that than previous models. The overall feel is undoubtedly reassuring and stable, and the modular construction means that pretty much every part of the stand can be replaced separately in the event of a catastrophic accident.


The foot, and top platform, are locked into place with allen bolts, so theoretically could be replaced with different designs for other uses in future. We’ll have to see if Crane actually manage to get any of those out of the door, but it’s a concept with much potential if they can realise it.

The narrow central foot design was very much a love/hate thing on the older Crane models. It was quite useful in it’s ability to be slotted into small spaces, but lots of DJs like to have their laptop front and centre, and found it made equipment too unstable when the stand was placed under a mixer or controller. The new foot is much wider, and still low-profile, which means it can be placed under most kit without causing problems.

It’s the small engineering flourishes which mean the Elite leaves you with the impression of being a far more polished product than the Pro or Plus. The silicone rings to prevent equipment slipping, with a new flat profile and Crane logos moulded into them, for example, and the way the stand folds down to fit into a nice compact faux-leather bag, with the end of the foot serving as a handle. All lovely stuff. 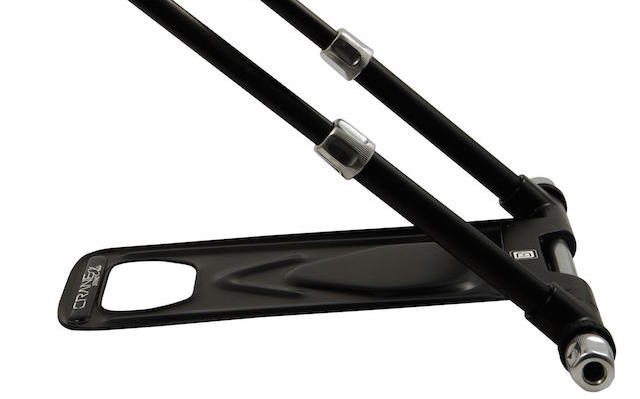 Most of the changes detailed above are generally very positive. It’s not all entirely roses, though, as there were a couple of issues I identified when testing the Elite at gigs.

Firstly, the knobs used to adjust the leg height just aren’t really grippy enough to the touch. After a particularly sweaty club session, I found myself completely unable to loosen them off so I could pack the stand away. In that situation you can pull (with some force) the top section right out, and won’t damage anything whilst doing so, but it’s still rather frustrating.

Whilst you shouldn’t be over-tightening those knobs in the first place, human nature dictates that you may tighten them as much as possible when setting up. The angle adjustment knobs are similar in design, but I didn’t have the same issue with those, as the notched teeth provide a subconscious reassurance, which mean you’re less inclined to tighten them down super hard.

The other thing, is that the design kind of demands that the user be thinking a little when working with the Elite. It’s quite important to loosen, then tighten, the top and bottom sections separately. If you don’t, you’ll be dealing with a hugely floppy stand, and will have to take a few moments to make sure the legs are correctly aligned before locking down again. It’s nothing major, but if you demand simplicity from a laptop stand above anything else, then perhaps the Elite isn’t right for you. 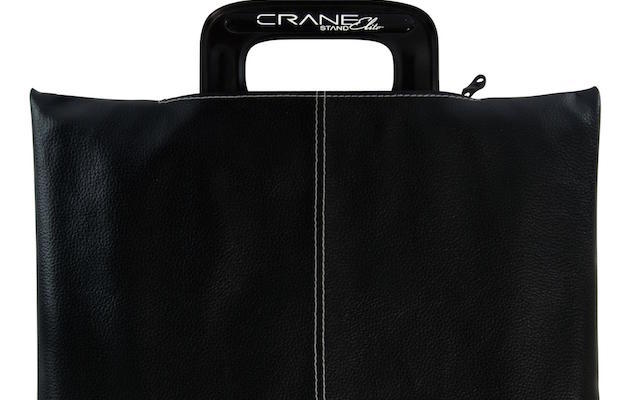 That’s the overwhelming impression I took away from using the Elite – ‘it’s not for everyone’ – perhaps that’s why Crane gave it that moniker.

From an engineering perspective it’s a real little marvel, with every detail being considered and analysed to extreme levels. In practical terms, though, what you end up with is a stand that requires the user to be a little bit switched on (it’s not one for heavy drinkers), and which costs $150.

For many DJs, all the design touches make the Elite a wonderful prospect, and indeed, being as fussy about setups as I am, it’s perfect for me. From a materials standpoint, it’s well worth the money compared to the competition, too.

But over the past year, whenever DJs I know have asked me which laptop stand to buy, I’ve always told them to go for the Crane Stand Plus. It’s the steel version of the old Pro; a bit heavier, but still with a hugely flexible design, sturdy build, and, crucially, a price tag of $80, just over half that of the Elite.

Having spent time with the Elite, for most people, my advice remains the same today. The Elite is a lovingly designed bit of kit, with excellent flexibility and build, but it’s probably overkill for a lot of people. If you consider yourself to be elite enough to justify buying the Elite, then absolutely, go for it, but I can’t say it’s an essential upgrade for the average DJ, much the same as the Pro before it. This is strictly the stand for the high-rollers.

The Crane Stand Elite is available in the DJTT store here for $149.99