Native Instruments has officially announced the Traktor Kontrol D2 along with pricing and release date. The Traktor Kontrol D2 was teased last month at WMC in performances by Dubfire, MK, and Uner but exact details were missing. Now Dj TechTools has the full scoop on the latest hardware from Berlin. 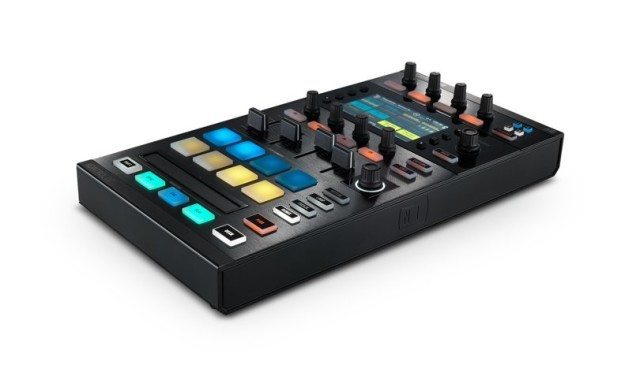 Native Instruments has taken isolated the deck portion of a S8 to create a more portable and affordable Kontrol D2.  For DJs that already have a 4 channel mixer, they can get the benefit of the screens and extra controls without the larger size and price tag of the Kontrol S8. Those familiar with the Kontrol S8 will recognize the same features. 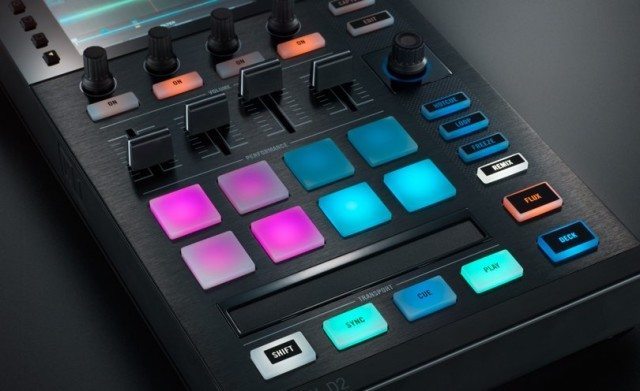 The Kontrol D2 is somewhat of a jack of all trades combining familiar controls from both the Kontrol X1 MK2 and Kontrol F1. The larger pads control a variety of features: remix deck cells, hot cues, loops, and the new Freeze mode. The performance faders and encoders give DJs control over individual remix slot volumes, filters, fx send, and can now easily adjust pitch per remix cell. The screens really make a difference for new stem decks since you can really see which parts are available. 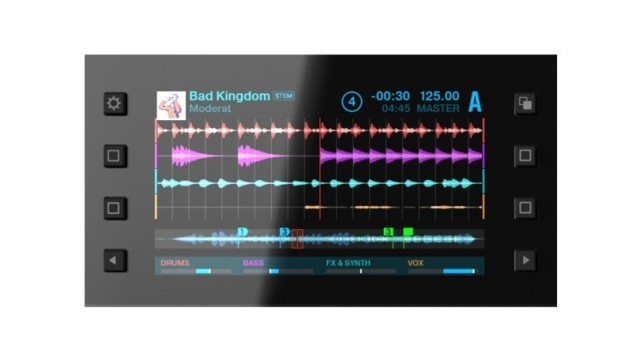 The Kontrol D2 will be the first Stem Deck ready controller. In case you missed the Stems announcement, Stems Decks will support the new Stem format being pioneered by Native Instruments. Songs can be downloaded in the Stems format and loaded into a Stem Deck, where the song will be split into 4 stems that can be remixed on the fly. The performance faders and knob correspond to each stem part to give control over mixing, EQing, and effects for individual elements.

For DJs that picked up the Kontrol S8, don’t worry, the S8 will provide the same control over the Stem Decks. The Stem Decks and Stems format will be available Summer 2015.

What’s Different From The Kontrol S8?

The Kontrol D2 has some unique features that aren’t found on the Kontrol S8. On the back of the unit is a USB hub with two ports (similar to the hub of the Kontrol Z2). Because of these ports, the D2 does require a power supply but Native Instruments will be including a power supply splitter that is capable of powering two D2 controllers to reduce cable clutter. 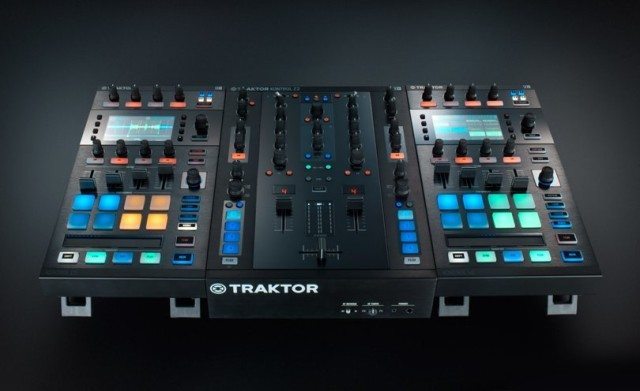 Finally the Kontrol D2 has 4 buttons to toggle between all 4 decks. So in theory a DJ could control all 4 decks using one Kontrol D2. However most people will probably opt for two on each side of the mixer for better control and a more traditional looking workflow.

Interested? Preorder the Kontrol D2 here in the DJTT webstore while they’re available.