For todays artist gear setup, we’re going to switch things up. Rather then look at what DJs/producers take with them on the road, we’re going to check out the gear they use in the studio. Starting with DJ, producer, and remixer, Yousef. As a producer Yousef has releases with Desolat, Objektivity Records, and Defected and he’s remixed artists such as Carl Cox, Moby, and Blakkat. Youssef gives the DJTT community a peak inside his studio and talks about his analog synths, studio montiors, and why Cubase is his DAW choice. 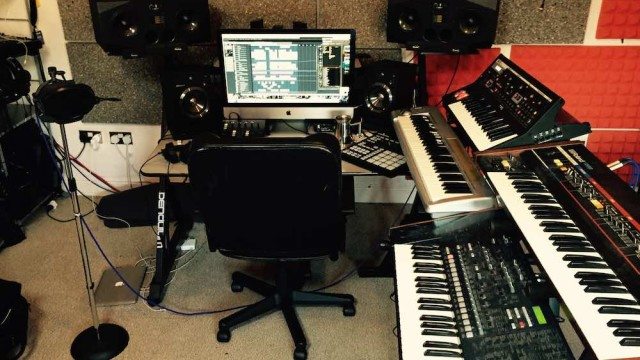 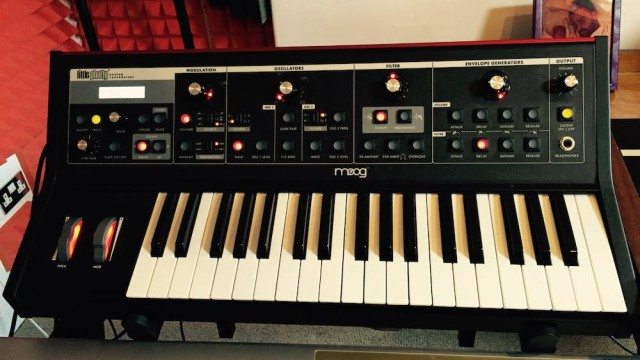 My Moog Little Phatty, I’ve only had around 18 months. They are not a new piece of kit, some people love them, others don’t get them, but I am a fan. I discovered it in a studio in LA when I was out there working with Blakkat, which ended up becoming track 3 on the album.

I like the analogue bass and the snappy drums it offers. The filters are really strong too; you can actually sync them to your DAW to be used for crafting your track. It’s pretty boyish and scrappy in some ways but I think it lives up to its ‘Phatty’ name. I also used this to create the acid bass sweeps and drum edits to sit under the vocal on “Pleasure Defined” 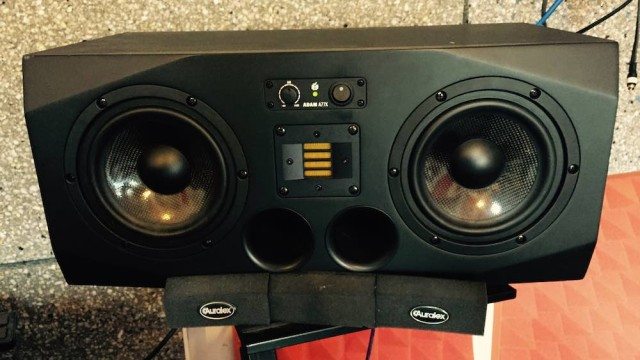 My Adam a77X speakers are another fairly recent addition to my set up. They run parallel to my old reliable friends my ‘Mackie 624’s. The Adams are an extremely quality speaker, powerful, compression-free sound reproduction and excellent radiation characteristics that offer a very precise sound, albeit way too bassy for my needs. I’m getting to know them well and used them to mix down the later part of the album. 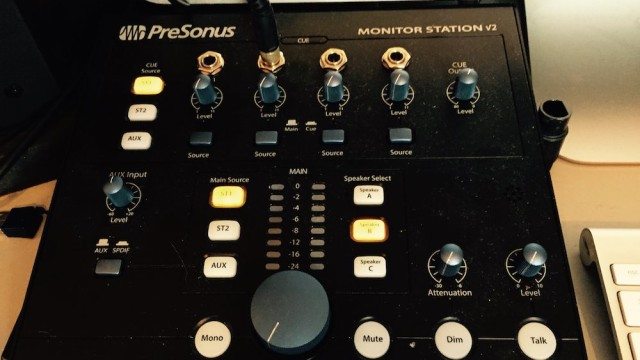 This again is fairly new to my studio but it’s now one of the most important items. The Presonus Monitor Station V2 reliably splits up my speaker set up, for my 3 sets of speakers from the push of a button. Its no nonsense approach suits me, I’m a producer but far from a studio buff or geek.

I find a system that works for me and roll with it, and slowly add new studio pieces. The monitor station has a really easy to use headphone monitor system which now makes it super simple to monitor the record for vocals or instruments and listen back with up to 4 headphones, it’s my essential piece of kit. 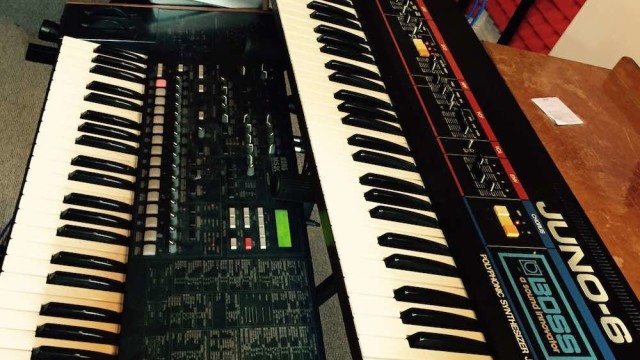 I like to have a balance of internal keyboards and hardware synths to build a range of sounds from each of them within a track. My old friend the Korg ms2000 I bought from a seller for £50 about 10 years ago, a real steal! It’s again pretty scrappy at times, but when the midi works it has many great rolling sounds, which can neatly be arpeggiated, which again I usually use for texture rather leads.

Similarly with the Juno-6 it’s more soundscape than lead. Having no midi makes the Juno offer random sounds, which always needs to be edited in audio after use, and I enjoy the randomness it offers however precision does not mean character. 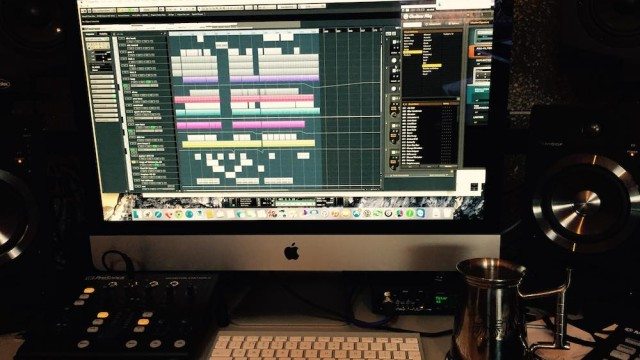 My trusty Cubase, now on version 8 I’ve been using it for 13+ years now and for me it’s the champion DAW. I’ve tried to work with Logic, which I was not a fan of. I found so many producers making similar sounding tracks. Then I attempted ‘Ableton’, and although the functionality is incredible, the finish with the sound reproduction is not what you get from Cubase.

For many years in fairness Cubase was somewhat dated but since v5 or v6 the leaps it’s taken to catch up have been incredibly impressive. I can extract midi from any sound. I can produce and work my way around music but I’m not musician, so by being able to extract midi from any sound gives me the starting point, or key signature I need to make sure the sounds I’m placing from my library or samples I’m using are as key correct as possible.