Pioneer has released a second new promo teaser video less than one week after another for their upcoming Rekordbox DJ software – this one focused on a piece of hardware. There’s way too much out-of-focus teasing going on in this video (show us the product already), but we’ve done our best to break down what the controller/mixer holds in store. Based on what we can tell so far, it looks like it could be a Pioneer MIDI mixer, but we are only speculating that off a few quick shots.

Once you get over the feeling like you just tried to inspect a new piece of DJ gear while on drugs, (“I kept seeing flashes of colors and faders, man!”), there’s actually a bit of useful information that we were able to get out of the video by going frame-by-frame:

There’s a number of things in this video that implies this controller or mixer is meant to be used with DVS: lots of movement of a crossfader, a set of numbers that are 6, 8, and 15 ( commenters have correctly pointed out that this is actually indicating when we’ll learn more – August 8th, 2015), and one big tell in the above screenshot – a GND point for grounding turntables. Also the video is called “Prepare for battle” – a pretty good sign it’s a battle-style mixer.

We’re also noticing a few things in the quick glimpses that would indicate that this mixer is not like anything else we’ve seen from Pioneer – mainly how the controls are laid out. There’s a Slicer button on the main/middle section (above the mixing section):

There’s also this strange layout that looks like a set of Color FX on a DJM mixer – but “Flanger” and “Back Spin” seem more like beat/instant FX to me.. 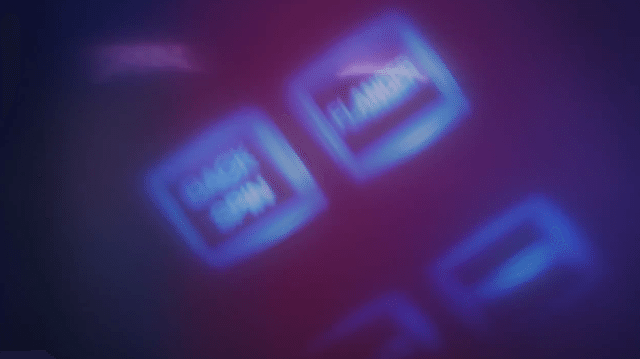 This Is A Controller For Rekordbox DJ

Here’s the key tell for us that it’s a controller that lines up with what we saw in last week’s video: FX assignment buttons. Pioneer has never used this style of buttons to assign FX on their mixers or controllers – with FX and the deck written in the button itself. You know where we did see this style of controls recently? In last week’s Rekordbox DJ software teaser:

My personal suspicion is that Pioneer is launching a competitor to the Kontrol Z2 mixer / upgrade to the DJM-T1 mixer that will take full advantage of a hybrid two-channel mixing section and additional MIDI controls for Rekordbox DJ all over the unit. Notice that we never saw anything in this teaser that was clearly any distance away from the mixer section – likely that’s all there is!

See something we missed in the teaser? Let us know in the comments and add your speculations.