The Sensel Morph: An Imaginative Controller With Interchangeable Overlays

Controllers come in all different shapes and sizes, but there’s no one-size-fits-all solution for every DJ or producer. Sensel is creating an interaction device that anyone can use in countless ways. Dubbed the Morph, it is a pressure-sensitive multi-touch device, and allows users to add their own overlays to the surface to give it physical controls. Read more about it and watch the Kickstarter video inside. 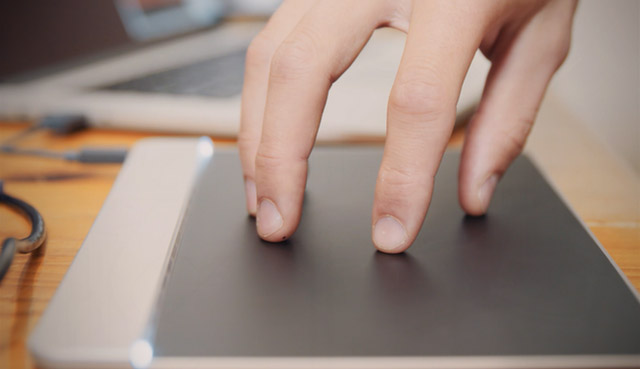 The Morph offers a new generation of multi-touch interactions, with a sensitivity to the pressure and amount of fingers on the device. This is made possible by the company’s patented Pressure Grid technology that fits 20,000 touch sensors in the device.

Sensl’s goal was to create a device that takes blends the expressive possibilities of our hands with the restrictive technology that surrounds our world. The Morph is primarily made up of a a 230 mm x 130 mm touch area and can connect with Arduinos via dev. cable,  computers via USB, and devices via Bluetooth. The way the user interacts with the Morph depends on the magnetic overlay that is connected and the Morph switches modes depending on the overlay that it detects.

There are currently six overlays available for users – Keyboard, Piano, Drum, Music Production, Gaming, and Art. The overlay DJs will be most interested in is the music production overlay which offers a grid of 16 pads, 8 control buttons, 8 touch buttons, 2 sliders, and a 13-key piano. Below is a video showing how Adriano Clemente uses the device with Ableton Live.

However, that design will obviously not cater to all DJs so what about everyone else? Sensel is interested in their user community being involved with the device, so upon the first batch of Morphs shipping in June 2016 (estimated) there will be an online creator tool that lets users build a controller overlay based on their imagination. DJs can then design a controller and personal overlay for less than $400.

That’s a bit of a long wait – so Sensel is also hosting an Overlay contest where users can download the schematics for the Morph and design their own controller overlay. After the Kickstarter closes, we encourage DJs to get creative and enter the contest for a chance to not only win a Morph ($199 value) but also to have their overlay featured by Sensel. The winner of the contest will be picked some time in early October.

The Morph itself is only available through Kickstarter donations and is set to ship in the second quarter of 2016 – but we’ve all read about how Kickstartered gear (like the QuNeo) often takes much longer to actually deliver.

Check out the Morph on Sensels Kickstarter for more information.