DJ Stories: Imprisoned + Deported For DJing Without A Visa

Today, we’re publishing the story of an anonymous DJTT friend who learned a major lesson about professional DJ work. They documented their own experience getting held and deported from the United Kingdom for DJing without a visa. Names and dates have been changed to protect the author’s privacy.

An American DJ in Europe: The Dream Gig

It was a dream come true. After playing a local nightlife scene for half a decade, I finally began to branch out into more exotic markets. For many DJs, there is a constant question: be a hometown hero, or start putting themselves out there a bit more. For me, it was a no-brainer.

You can imagine how elated I was when I was invited to play an international showcase in London at one of the city’s hottest nightspots. As an American, I didn’t even know any other DJs who had been offered a gig in London. With the promoter offering a competitive fee as well as partial coverage of my flight expenses, I was more than ready to jump on the opportunity to venture out of the USA. 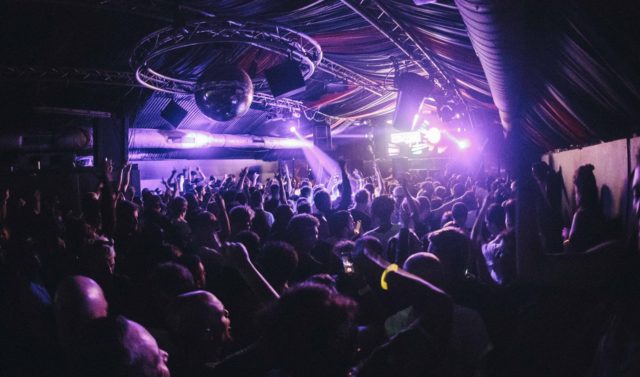 Before I knew it, I was in front of 4 CDJ 2000s in a packed room in South London. We all know the glory of playing a packed room – and this was one of my greatest gigs to date. Soon after, I was back in the United States in awe of what had just happened.

It didn’t take me long to jump on another flight over to London. With the help of an airline miles credit card, I had lined up a free round trip. After 12 hours of flying, I had landed back in my new favorite city. I had set up a string of meetings for the week to talk about a new club residency, planned a few studio sessions, and paid for an Airbnb for a week. In small talk with fellow passengers on the flight, I even dropped the fact that I’m a “DJ coming to London for work.” I felt like I had finally arrived and “leveled up”, so to speak.

Unfortunately, this was all about to come to a grinding halt. 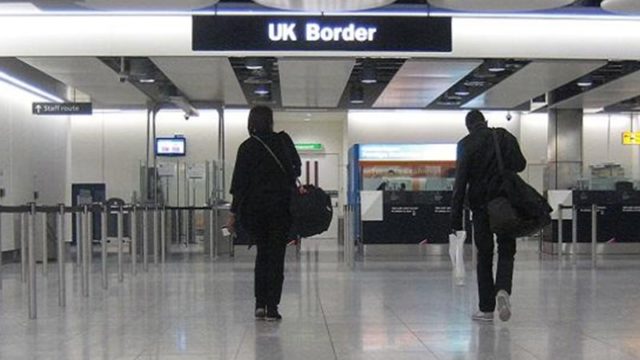 Before you enter a foreign country, you must formally cross an international border where your passport is checked. At the border, a government agent decides whether you can enter. Usually, this is an easy enough process, but the past decade has brought about increased border concerns worldwide.

The United Kingdom (similar to the United States) has become extremely strict in recent years regarding who can come in and who cannot. DJs from all over the world travel to the United Kingdom very often, and I wrongly assumed that my American nationality was a one-way ticket into the UK for any reason, including work. I could not have been more incorrect. 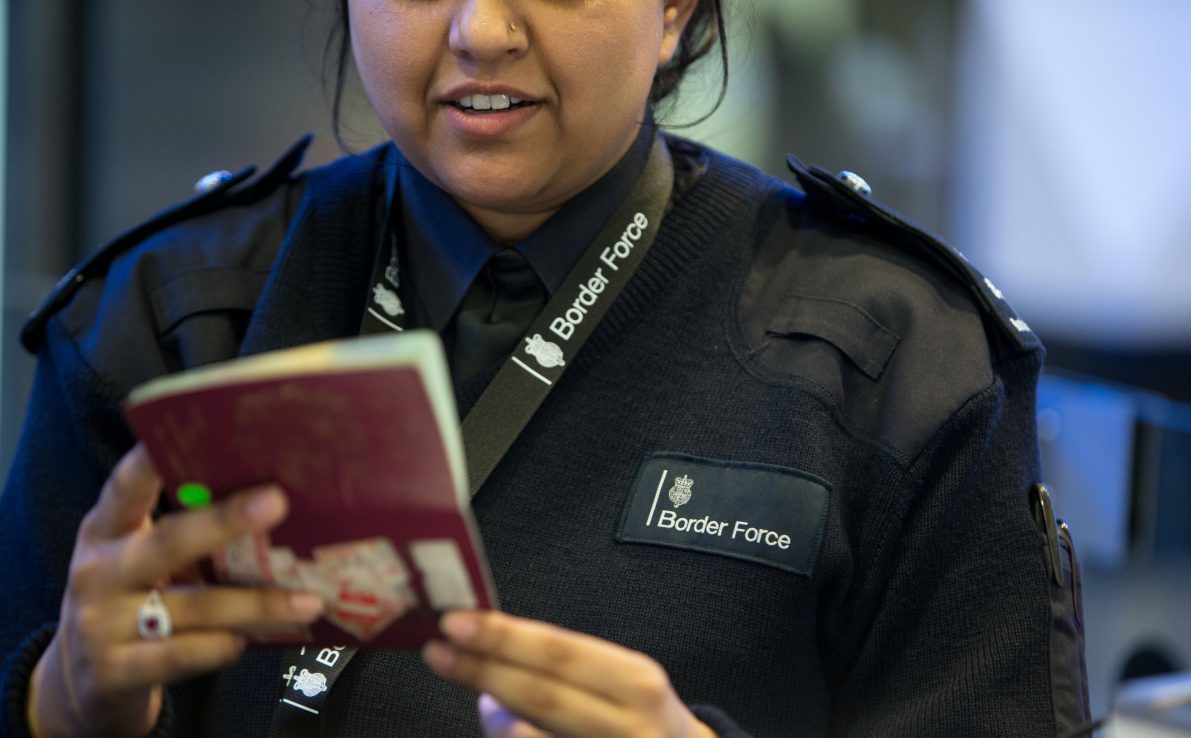 “What is your purpose for visiting the UK?” the guard shouted at me.
“I’m coming to check out the area,” I responded vaguely.
“Are you working in London?”
I stood back, staring blankly. “No.” I lied.
“I don’t believe you. I see you were here once before, not long ago. We’ll need to question you more. These two men will be escorting you to a waiting area.”

For the next 9 hours, I was taken into various rooms through London Gatwick Airport. They made it immediately clear that I was being detained on suspicion of working illegally in the United Kingdom.

“The information you have provided to the immigration officer was not to our specifications, so we’re going to need to collect more from you. If you could please follow us, leave your bags here.”

From here, they collected my fingerprints and took high-resolution photos of my entire body (yes, it was weird). They took me to a holding cell in the back of the airport with other people who were prevented from entering the UK. It was one of the most depressing places I have ever been – all over a DJ gig.

I anxiously waited for the guards to come back for 6 hours until my name was called. The door squeaked open, and a guard told me, “we’ll be interviewing you now.”

The guard took me into another interrogation room where she told the guards that I “didn’t need to be handcuffed.” I wasn’t sure if I should be happy or sad.

“What is your purpose for visiting the UK?” I was asked for the 1,000th time that day.
“Visiting my friends. I’ll be here for a week,” I replied.
“Right,” she replied sarcastically. She was recording our entire conversation by hand, writing down every little detail of our conversation in a notepad. “You do know that we can use social media to investigate those who attempt to visit the United Kingdom, correct?”
“Okay,” I replied. I felt my stomach drop.
“Well, it appears as if you played at a London nightclub on *date redacted*. Do you care to explain this?”

Busted. They looked at my Instagram. It didn’t take long…I knew what was coming at this point.

“You’ve been refused entry to the UK,” she said proudly.

I immediately hung my head. Nothing could have prepared me for what happened next.

8 hours of flying, 7 hours of waiting, hundreds spent on travel expenses and a week of plans had all gone down the drain immediately. None of it would be refunded.

As if the experience itself wasn’t as painful by itself, I was taken to an immigration detention center on the outskirts of Gatwick Airport. After entering a fortified compound in a police car (complete with barbed wire and armed guards), I was given a medical examination, another interview in which I was forced to sign a series of documents (one of which stated I was not going to try to kill myself by jumping from my bunk bed), and shown to my jail cell with my four new roommates that would be my home for the next 48 hours.

Yes, I spent the night in an immigration jail. I could go on and on about what happens in these types of places, but I had no problems during my short stay. That said, there have been many scandals at Brook House over allegations of abuse from guards, torture, and other unsuitable conditions for inmates. Having actually been there, this does not surprise me at all.

Two sleepless days later, I was escorted to a plane with a one-way ticket back to the United States. I’ll never forget the feeling of being forcibly seated on a flight by two armed guards in front of a crowd of passengers waiting to get on the flight.

What I Did Wrong

Unless you are from a country within the European Union, it is generally illegal to simply start working in another country, even for something as small as a single DJ gig. Individuals living in the European Union have the advantage of trade agreements that allow their citizens to work in most of Europe without any issues, and sometimes in Australia and Canada too.

Unfortunately, no such agreement exists between the United States and most other countries throughout the world. As an American DJ attempting to work in most other countries, you are subject to the same scrutiny. To be clear, this is not just an issue that impacts the United Kingdom. Americans are required to have proper visas to work in nearly every country in Europe.

Fortunately, there is a positive end to this story.

My Solution: The Tier 5 Visa 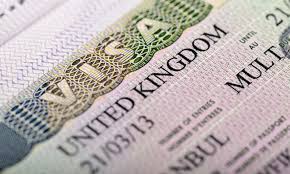 A visa is a conditional authorization granted by a country to a foreigner, allowing them to enter, remain within, or to leave that country. – Wikipedia

I’ll admit, I spent countless hours researching UK immigration laws, reading dense .PDF’s from the website of the UK Home Office, and bouncing around message boards attempting to find a solution to my issue. In retrospect, this was time well wasted. Laws regarding working visas are purposely challenging to figure out – it was time to get an expert involved.

In the United Kingdom, you must have a company willing to sponsor you to come in and work, even on just a temporary basis. Some venues can do this, but many lack the ability to – the majority of DJs coming to the UK are from other places in Europe.

For less than a few hundred dollars, you can pay an agency to sponsor your trip into the UK. In short, they are people who have paid for the proper accreditation from the UK government to sponsor foreign workers in particular fields. What’s more is that there are agencies that work specifically with DJs, bands, and other entertainers to carry out this.

I’d rather not reveal exactly who I worked with to protect my anonymity, a quick Google search will show plenty of agencies that specialize in giving entertainers Tier 5 visas. They function like any other business, and there are plenty of them. While every agency differs, it was as simple as providing them with an emailed copy of my passport, my flight information, and paying via Paypal. 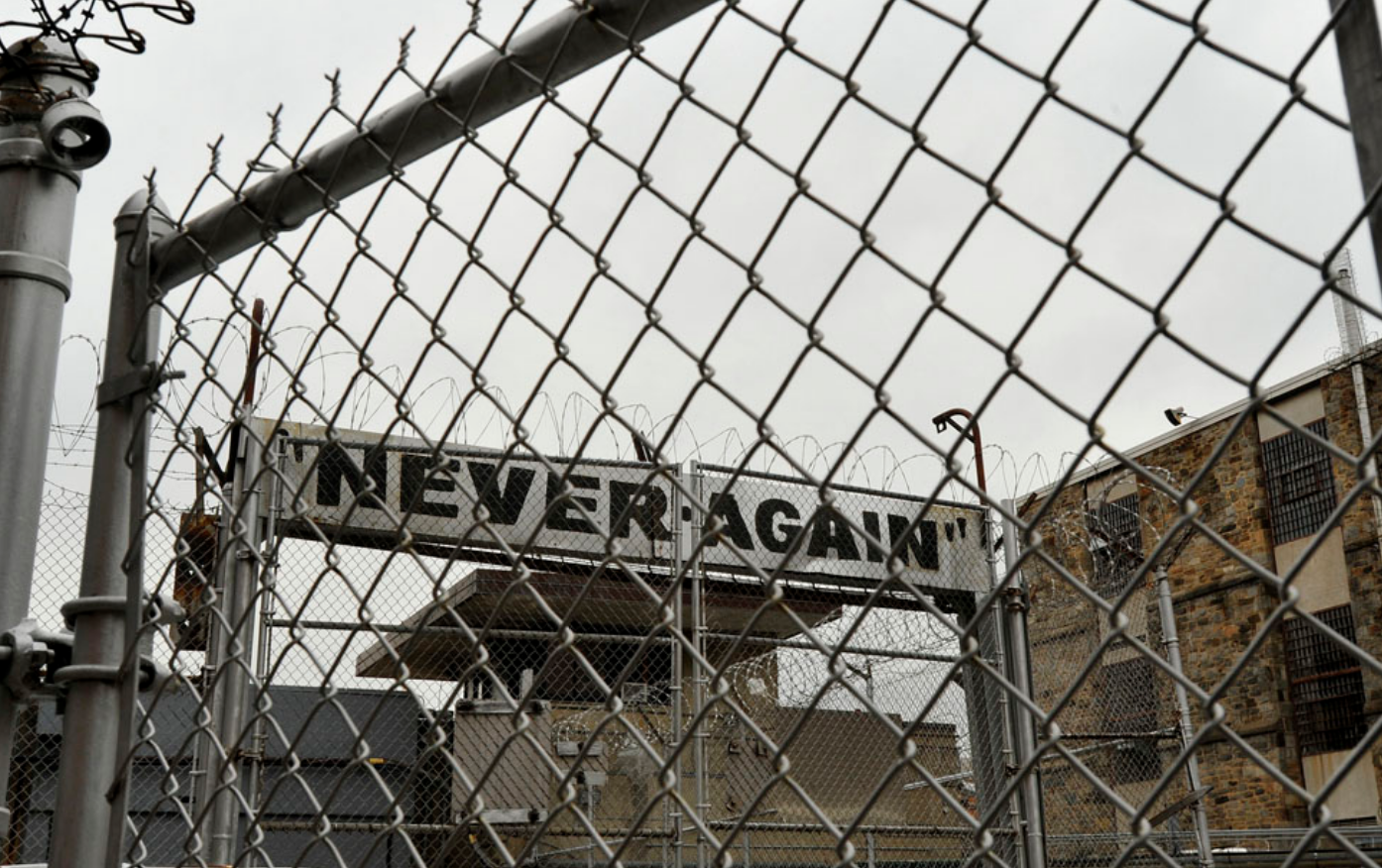 If you are an American going to the United Kingdom, you must get a proper visa to play your gigs.

If you do not, you are risking imprisonment, removal, and even a lifetime ban from the country.

In retrospect, I was fortunate. I have since been able to return and luckily, things are “back to normal.” While I do get stopped every time I cross the border for extra questioning from the agents, I have not had a problem getting in since I started playing by the rules.

This is meant to be a cautionary tale above all else. As DJs, we should be traveling to new countries, building relationships in new markets, and expanding our brands on a global scale. That being said, there is a correct and incorrect way of doing it.

I hope that others can learn from my mistakes. Safe travels, friends.