2009 was a hell of a year for the digital dj world. We saw a lot of great announcements but not that many great products. There were a bevy of releases and offerings that didn’t quite live up to their expected promise or just flat failed completely. So to wrap up the year, we would like to share a short list of some more notable failures and a few dj technologies that did hit their mark. 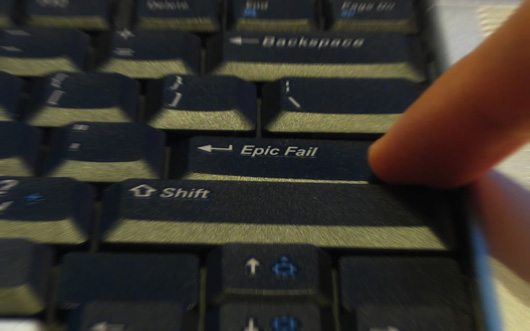 Jesus Luz, For accepting 30k for his first gig ever (right)

The most epic marketing fail of the year turned ugly as Dj Tech went after this blog for the remainder of the year after our fun poke at their less than stellar product idea.

Fortunately there were a few good ones too including..

There were a lot of interesting things that made us smile in 2009 and we know there is more so please share yours in the comments.

Live performance has been making a comeback and djs actually doing something on stage instead of triggering clips. Some notable contributors: Soulwax, Moderat, Simian Mobile Disco, Etienne De Crecy

Controllerism grows up and gets attention


People are starting to take the concepts we have pushed over the past year and integrate them in new and exciting ways. Vestax got a controller in Apple stores and Dj TechTools was featured on Attack on the Show. Look for the movement to really blow-up in 2010.

The return of great house music

Classic house sounds of producers like Kerri Chandler have been making a comeback. We dig it.

Here are just a few of our most talked about articles over the past year. Did we leave some out? Let me know in the comments.

Ean invites you to dust off that Oxygen 8 to control Traktor, mapping included

An indepth look at traditional analog vs. internal software mixing

An introduction to song structure and phrasing to make satisfying sets

The DJ headphone round-up–dont forget to read the comments!

DJing in Windows: Optimizing your OS

What is the question? Advertising on DJTT

The DJ as product? Selling vibes and selling souls

Why New DJs Should Start on Vinyl

Creative Structure for a Unforgettable Mix