USB3 and Thunderbolt: What do they mean for DJing?

When it comes to connections, USB 2.0 has ruled the roost for years. Firewire, despite its superior specs when it comes to audio, has failed to gain a real foothold in the world of DJ audio interfaces; the ubiquitous nature of the USB port has dictated the decisions of the market. USB 3.0 was quietly released to little aplomb more than a year ago, and Apple recently showed off the inclusion of an entirely new technology inside their latest MacBook Pros: Thunderbolt. Is your audio interface still safe, and for how long? Are there any more opportunities provided by these new technologies?

Speed wasn’t the trump card when it came to USB2 and Firewire – but this chart shows just how much faster USB3 and Thunderbolt are than current generation interfaces. There’s another speed advantage that the new technologies have over USB2, and that’s full duplex data transfer – information can be sent and received at the same time, and that leads to a much more stable data signal, cutting down your audio’s propensity to glitch and stutter. Thunderbolt is capable of transferring data at 10Gbps, double that of USB3, but even USB3 is over ten times as fast as USB2 – opening the doors to multiple channels of super high bandwidth and low latency audio.

With USB3 being backwards compatible with old USB devices, even using the same connector, it would appear on first glance that there’s a clear advantage for USB3. Computer manufacturers can begin to integrate USB3 into their systems without people even noticing, providing future proofing power here and now… but of course, it’s not that simple. The colossal pairing of Intel and Apple, the two teams behind Thunderbolt, mean the rulebook might just be thrown out down the line as Intel’s presumable desire to protect their investment may lead to a reluctance to include USB3 support in their chipsets straight away, and indeed we’ve seen Apple introduce Thunderbolt but not USB3 on the new MacBook Pros – and it’s a fairly safe bet to assume they’ll make it onto other Mac products (and maybe before too long iPad) in forthcoming revisions.

MORE THAN JUST A NAME

There’s more to Thunderbolt than the cool name and the speed, too. Thunderbolt is, essentially, the bundling of two protocols into a single cable: DisplayPort and PCI Express. PCIe is the protocol that fast internal connections inside your computer’s case use, and so being at the very top of the hierarchy means that a Thunderbolt connection is simply an adapter away from turning into a USB3 socket. When I say turn into, though, I mean provide in addition; Thunderbolt provides true daisy-chain capability for up to six devices, so a single port is capable of being the portal for a display, audio interface, a couple of high resolution controllers, an external drive and a USB3 port for a portable storage device. Each taking bandwidth as they need it (and if each were equal they’d still be capable of over three times the maximum speed of USB2!). 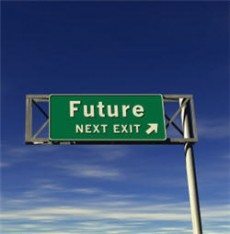 What does this mean for the future? In the short term, it’s probably USB3 that’s going to get most of the love from all but the most high end of audio and video products. Until the market catches up and demand for the sheer grunt of Thunderbolt increases, its increased cost compared to USB3 and need for an adapter to be backwards compatible will probably mean it places in the same kind of markets FireWire800 does now. In the future, though, as computers get smaller and power increases – from the MacBook Air and the array of netbooks available to the iPad and other tablets – they will inevitably lose space for their physical connections, and a single port where the devices themselves can act as the hub will be ideal. One day soon, being able to do everything from HD video VJing to four, six, or even eight channel 48/192 DJing on the same tablet you use to browse the internet from your sofa, will be a simple cable away. 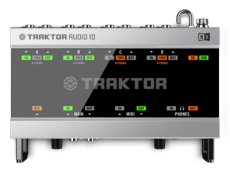 As for right now, your investments are safe for a while yet. The technology is here, but we’re still some way from seeing products that use the kind of bandwidth that these new technologies provide, and considering both new technologies provide backwards compatibility with current hardware in one way or another you don’t need to worry about your prized possessions becoming worthless any time soon – just look forward to the brave new world that USB3 and Thunderbolt will help to bring forth.