Our forum is ablaze with information about a new controller they are guessing might be called the “Novation Slicer” for Serato Itch. As you probably suspect, I know a bit more than the general public, but we want to stay in the good graces of Novation’s lawyers. Many months ago, Dj TechTools worked with Novation when I designed the now ubiquitous dicer that is very popular in Serato Scratch circles. So, without giving away too many of the kings secrets, here are the facts that are public and a few that are not.

Nemonic, a forum regular with 3D visual powers has somehow deciphered this cryptic video into the actual layout of the controller. Kudos! 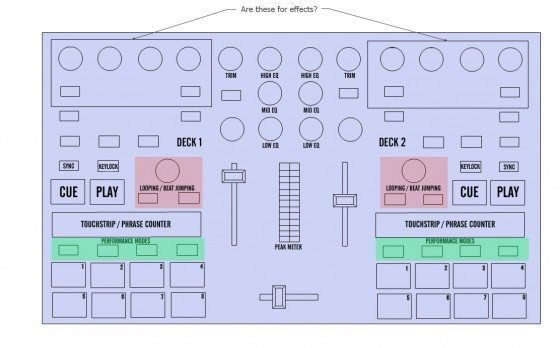 The mockup is remarkably close in a lot of ways, but he got a few things wrong. We can’t really tell you what they are but let’s just say that the bottom knob is probably a filter and the knob to the right of play has a good chance of being an encoder used for pitch and track search. Itch is a good guess, Serato Scratch – is not. Those touch strips? If I were to design a controller, they would probably be for needle drops, pitch bends and occasionally FX madness. 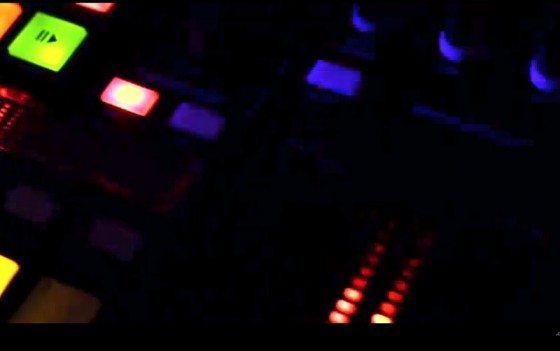 Novation, following in NI’s usual marketing strategy, has released a cryptic club video showing a new 2-deck controller without jog wheels.  They promise to announce the details on April 6th but in the mean time, some blown out screen grabs and heaps of speculation is all you have to go on. Check it out here. 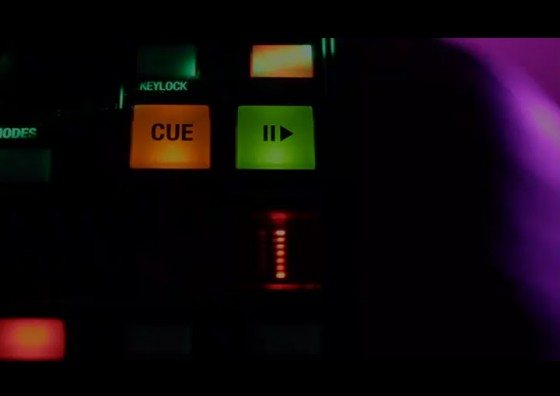 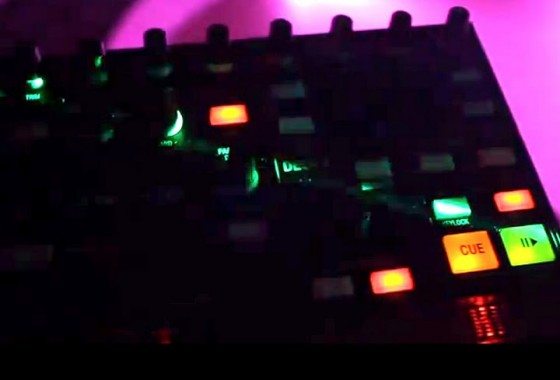