In a move that expands their software line up to three levels and squarely targets the Traktor LE market, Serato has released “DJ Intro” – a two deck software mirrored after Itch/Scratch that is designed to ship with OEM controllers like the VCI-100MK2, Numark Mix Track and several others. Loaded with the the basic essentials, this entry-level software comes paired with a low cost controller that is perfect until your little bro is ready to graduate up into the big leagues! 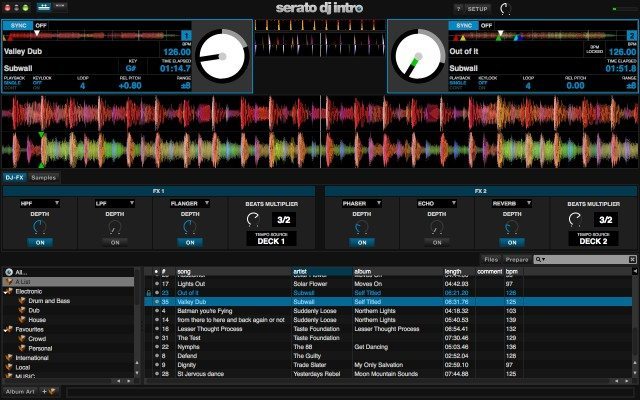 We got our grubby mitts on the new software today and put it through its paces. The simple interface includes: 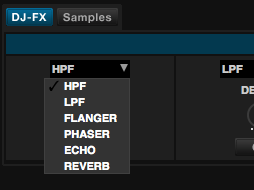 ..and a beat multiplier which I can’t for life of me figure out the purpose of.

Things it is missing:

At the end of the day, this is a very basic controller version of Serato Scratch with internal mixing. Isn’t that just Itch? Well, yes, but now that Itch is competing head-on with Traktor’s feature list and the demands of modern digital DJing. This software steps in and provides the essentials without any fluff at all. I personally can see a lot of Serato Scratch Live DJs going this route for their basic mobile gigs when turntables are not available or too large to transport.

Controllers Serato has announced it will work with:

We downloaded the beta, plugged in a VCI-100MK2 and it worked right away. As long as you own one of these devices the software will run. 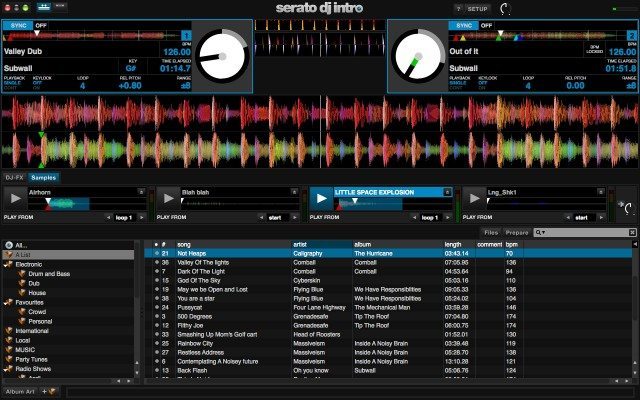 And why should you care?
Intro DJ, as best we can tell, will not be purchasable on its own or with a sound card. It comes with 2 deck controllers as an OEM software. This means a new piece of decent software will ship with entry level controllers that isn’t one of the two ubiquitous prepackaged two: Traktor LE or Virtual DJ LE. Most importantly, this new incursion into NI’s territory means we are one step close to the all out DJ company face-off we hope to one day host on pay-per-view! I personally would pay to see Sam Gribben Vs. Florian Plenge (the titans of DJ divisions!)

You can check out some of these controllers on Amazon.com: Vestax VCI100 MkII

New Modular DJ Software: The One