When Native Instruments released the Kontrol S4 last year it quickly set the standard for all digital controllers that came after. Today the S4 continues to offer a substantial amount of functionality and unmatched integration with the Traktor platform. There are however a few trade-offs, one being the somewhat limited MIDI customization opportunities in the S4 along with hardware omissions such as booth output and a replaceable crossfader. In this article we are going to show you an option for solving the crossfader issue using the Audio Innovate Innofader.

For the scope of this article you will see use of the “Innofader” and Innobender interchangeably. Innofader is the overall product line and the Innobender is the specific edition of the Innofader for the S4 (amongst others). If the whole subject of faders is new to you, be sure to check out  Fader Technology: A Primer.

Disclaimer:  If your Kontrol S4 is still under the manufacturer’s warranty this upgrade will void that warranty. If you have purchased additional third party coverage, check the policy before undertaking the upgrade referenced in this article. DJ Techtools is not responsible for any damage or warranty issues that may result in this upgrade. Ok, that’s the lawyers dealt with, lets get on with it.

IS THIS UPGRADE FOR YOU?

The Innofader upgrade is squarely aimed at those who know they are going to push their crossfader to its limits on a regular basis, namely scratch DJs. For DJs using the crossfader primarily for mixing this upgrade might be worth considering but it won’t be as much of a game changer. 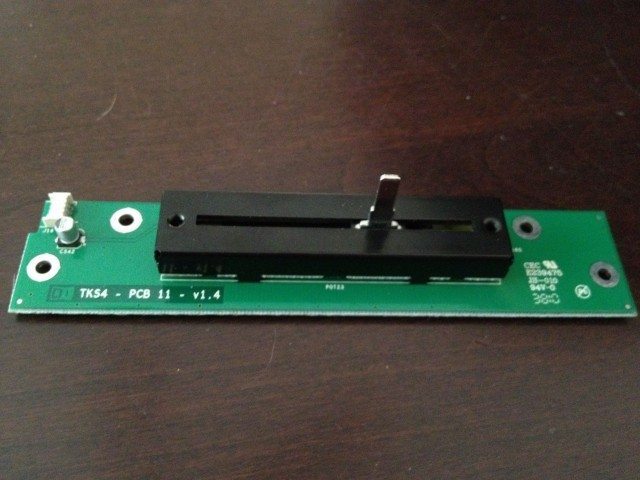 The S4 is clearly aimed at the “Digital DJ” and “Controllerist” market and the stock S4 crossfader performs pretty well for the large majority of that demographic. Just a quick scan through NI’s catalog of promotional videos and you can see that most of the turntablist action is executed with one of the units in the Audio range rather than a controller like the S4. The S4’s crossfader starts to feel less ideal when you plug in a set of decks and begin hammering through a variety of crabs, chirps and flares. The fader lacks that “buttery” quality most scratch DJs look for and there is no option to adjust the cut-in and curve management in Traktor preferences which doesn’t make it as usable as it cold be. 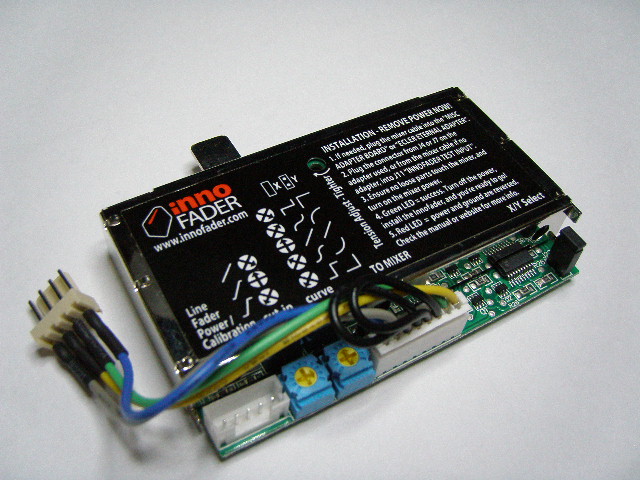 The Innofader has found fans across the board due to its performance, the ability to adjust cut-in, curve, tension in the unit itself and its durability (you won’t be replacing this unit any time soon). You won’t have to clean the Innofader anywhere near as regularly as many other faders on the market. So, it’s win, win, win for the Innofader, as long as you don’t mind the $160-$170 price tag. For some, this may be an upgrade that is just financially tough to justify, after all, it does represent nearly 20% of the cost of the entire S4. On the flip side, you can convert your beloved MIDI controller into a fully equipped scratch unit without needing to invest in a new mixer. Value for the Innofader is clearly in the eye of the beholder.

MORE ON THE S4 WARRANTY

If your S4 is still under NI’s warranty then you will need to weigh up the pros and cons of this upgrade as there’s no getting away from the fact that you are on your own once you pierce the sticker to get that screw out.  Many S4 buyers have also purchased additional coverage from third parties such as the retailer they bought the unit from. Third party coverage often differs from NI’s standard warranty so be sure to read the fine print carefully. You may be covered for accidental damage but that’s unlikely to help you if you damage the unit taking it apart. I did contact Guitar Center’s Pro coverage hotline here in the US and asked them if they would honour the warranty on a unit where the crossfader had been replaced. The response was essentially “we don’t know”. So, if you have ANY kind of warranty on your S4, proceed with caution and understand the impact of opening your unit.

DO YOU HAVE THE SKILLS? Replacing the crossfader in a mixer that supports replaceable crossfaders is normally a straight forward process; remove all the knobs and fader caps, remove the face place and swap out the crossfader unit. The S4 is also surprisingly simple given it is not marketed as having a replaceable, or at least “user replaceable” crossfader. The process only requires you to assemble some fitting and insulation components to the Innobender itself, remove 20+ screws from the underside of the S4, 2 screws for the cross fader and maybe the application of some electrical tape for those inclined.

TOOLS FOR THE JOB

The time required to execute the upgrade will be largely dependent on your skills and confidence. I took a couple of hours which included a few minor missteps and plenty of fiddling around with the camera etc. 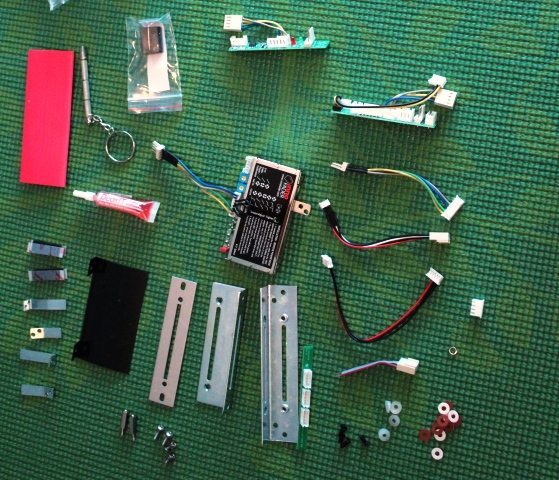 If you have watched any Innofader videos online you will know that Audio Innovate provide A LOT of different components with the fader. At first blush this can be somewhat overwhelming. The good news is that the S4 install process is one of the simpler processes and many of the pieces provided in the kit are not needed. Audio Innovate has however included some items that do show how much thought they have put into how their customers will use this product. For instance, you will find a tiny eyeglass style screwdriver that is used to change the tension, cut and curve settings. You will also find a small bottle of lube for servicing the fader in the future. In case you miss the note later on, DO NOT LUBE YOUR INNOBENDER WHEN YOU INSTALL IT. The lube is included for future cleaning and maintenance. More on this later.

Install the Innobender’s insulation and fitting components onto the Innobender itself. It’s worth checking out this awesome video walkthrough I made as well! 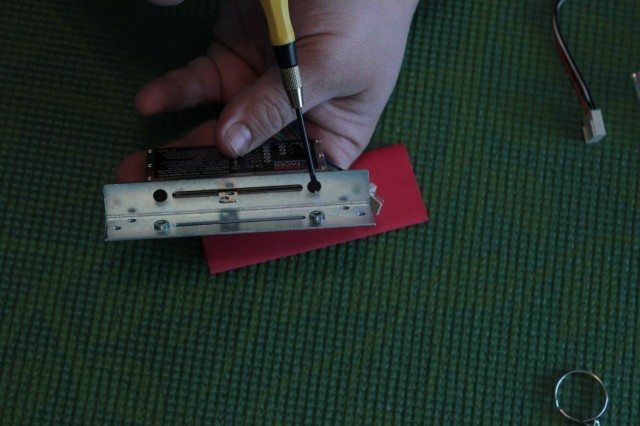 Connect the 90 degree attachment to the Innobender’s fader stem 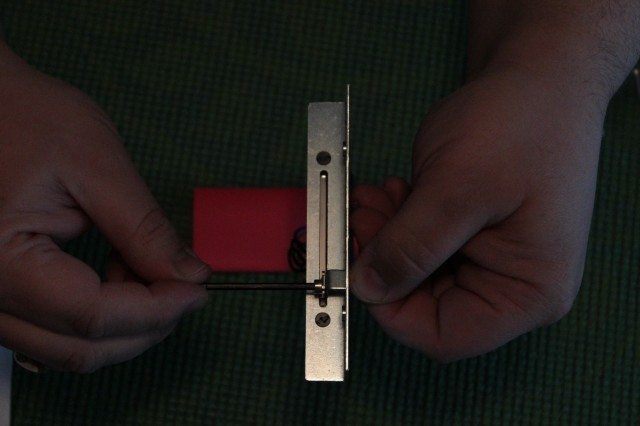 Remove the underside cover of the S4. 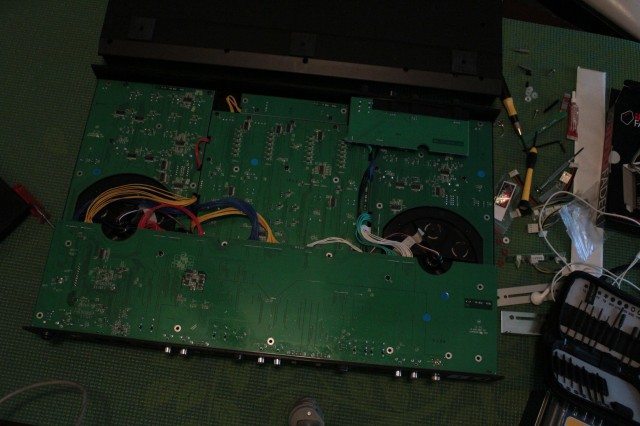 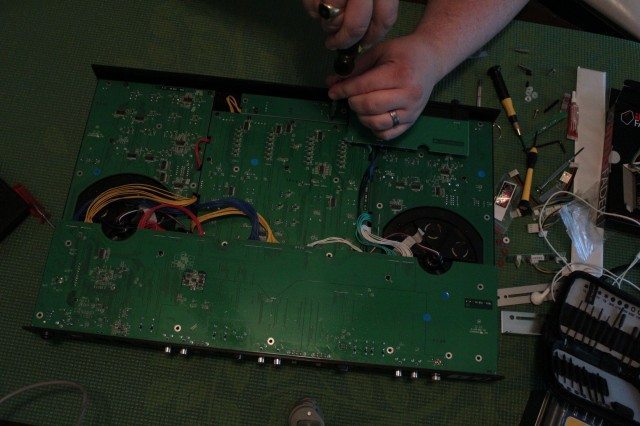 Disconnect the stock S4 crossfader connector from the board connector. 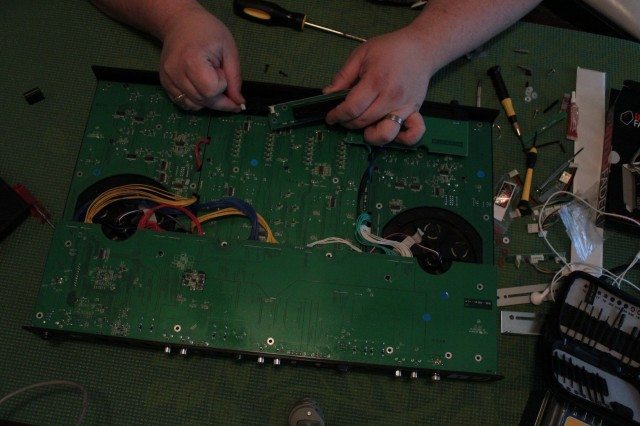 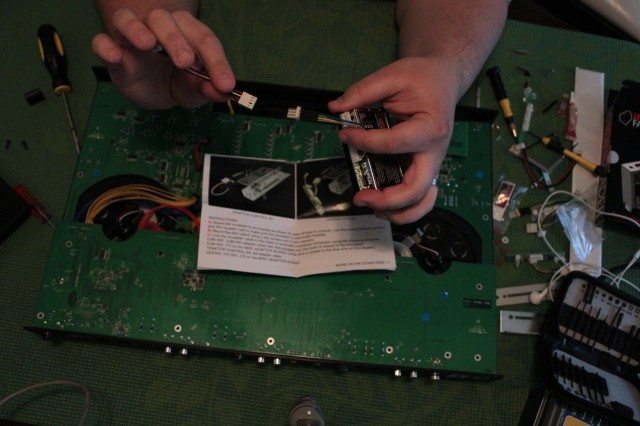 Connect the Innobender’s S4 cable with the board connector. 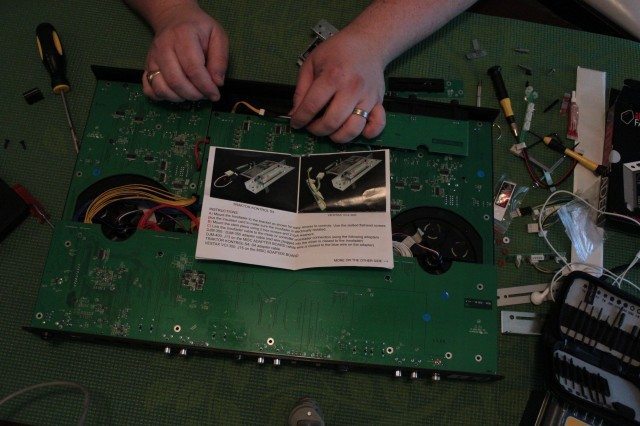 Mount the Innobender and screw in using the same screws for the stock crossfader.

Leaving the S4 cover off; start Traktor & Set the Tension, cut-in and curve options to your taste 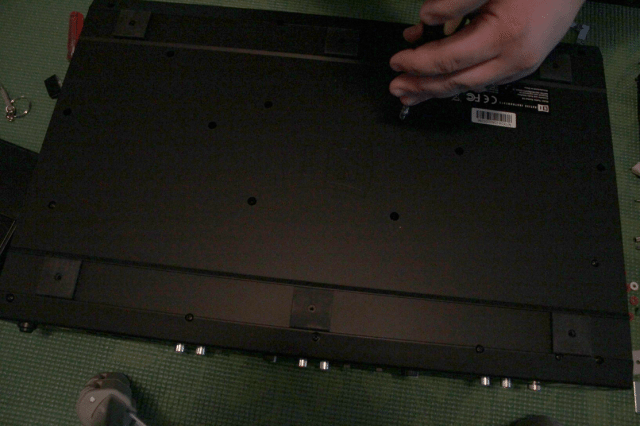 Apply Innofader sticker and begin scratching like the world is going to end. 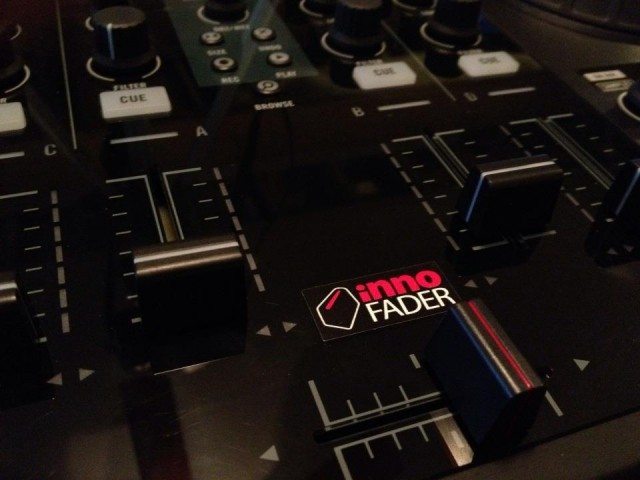 PRO TIP: PUT DOWN THE LUBE! 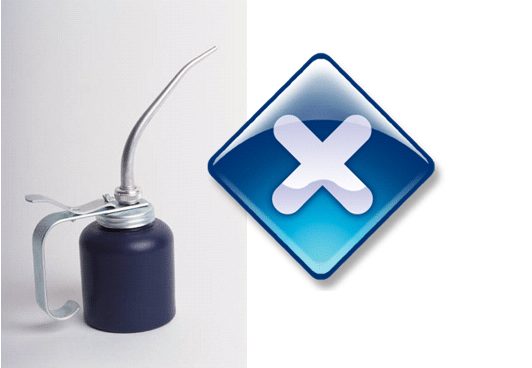 Before undertaking this upgrade I asked Elliot Marx of Audio Innovate for his number one piece of advice. This was it:

“The only tip I could give you is don’t lube the fader yet, wait until it gets sticky and then use one drop – as little as possible – and work it in. You would not believe the number of Innofader returns I see that literally look like they were dipped into a deep fryer filled with lube. Overlubing just makes things more sticky and attracts dirt.”

This may be contrary to advice given on other faders but the Innofader is fairly unique in its design.

There are various Innofader products that are designed to be installed in a wide variety of mixers and controllers.  The Innobender version of the Innofader that we have used here has been tested for the S4, Vestax VCI-300, Pioneer DJM-400 & 350, Stanton m.207 and Mackie d.2 but that’s not to say it won’t work in your unit. There are several different versions of the Innofader so it’s worth checking Audio Innovate’s compatibility page here and if your unit is not listed, contact Audio Innovate directly. Generally you will be asked for some photos and measurements (of your mixer/controller) and they will let you know if there is a way to install one of the Innofaders. Audio Innovate is working on a smaller version of the fader again which may open up even more possibilities  (I’m thinking MidiFighter Pro).

A QUICK WORD WITH ELLIOT MARX – THE INNODADDY 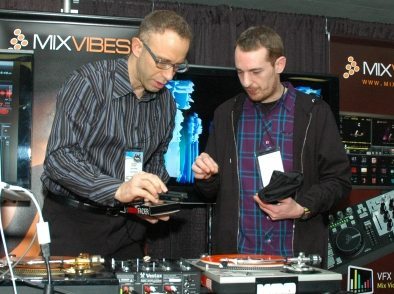 You mentioned  the development of a mini-Innofader, can you tell me what you hope the next product accomplishes that the current product line does not?

We are developing the mini-Innofader because there are still many DJ mixers and controllers with replaceable crossfaders that don’t have enough space for the Innofader. The Innobender addresses several of these products, but there are still others which require a mini-Innofader. We also are developing the mini-Innofader as a lower cost part to make it easier for manufacturers to include it as a standard part in their products. Samples of this part will be available at NAMM 2012.

Which units are the most popular in terms of Innofader upgrades?

Other than not over-lubing what other tips do you have for the long term maintenance of an Innofader?

No other tips frankly, the Innofader is designed to require minimal, if any maintenance. We’ve had DJs use it for years without even adding lube.

There is no denying that the Innofader is in a class of its own and much of what you are paying for is the research and development that goes into the product rather than just the sum of the parts.  While this is a relatively expensive upgrade, it is certainly more cost effective than buying a new mixer in order to get superior scratching capabilities. If  you decide this is something you want to do, be sure to weigh up the pros and cons of any warranty loss and get some help if you aren’t confident in taking things apart (and ideally putting them back together).

Online DJ Scratch Schools Comparison: Which Is Right For…