When Turntable.FM launched last year, online media outlets (ourselves included) hailed it a new online club experience, allowing individuals to chose their favorite tracks and play them for an audience. In the DJ community, we all were waiting for the day when we could actually DJ online in this context. Almost exactly a year later, Mixify is on the scene with a very similar service to Turntable with one big change: the ability to live stream actual DJ sets. Read on for our thoughts on their beta and exclusive details from Mixify themselves!

Site: Mixify.com (Public Beta)
In A Nutshell: The streaming simplicty of Mixlr combined with the fun of Turntable.FM’s interface
Cost: Free! No charge to stream or to listen.
Best Feature: Simple, fun context in which to stream live or recorded mixes
What It’s Missing: Track detection, multiple DJ-events, more audience participation

As a company, the team behind Mixify has been building online music experiences for a few years – starting with Breakout Band – a website targeted towards aspiring music producers who don’t have real tools yet. The core idea of Mixify came out of that platform – with the major increase of interest in EDM and DJing, Breakout Band’s web-based DJ app (think Flash-based turntables) got significant use and attention. Mixify started with “Clubs” – selected DJs playing one-off events using the company’s DJ application. The primary feedback from those DJs was that they wanted to use their own equipment and livestream any audio they wanted in the same context, whenever they wanted. This formed the basis for Mixify’s events feature, which was officially launched into a public beta about two months ago. 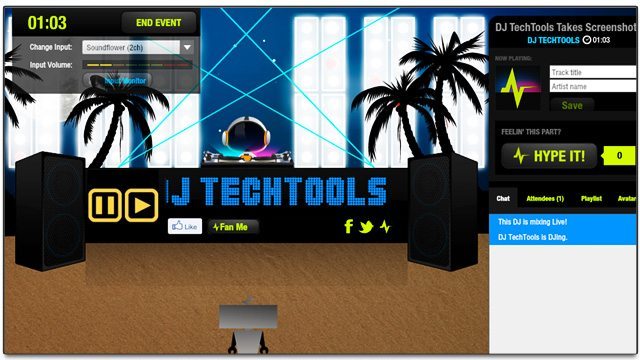 As a listener, the structure and aesthetic of live events on Mixify feels very similar to Turntable.FM’s social listening parties. But while similar in design, the base function couldn’t be more different – instead of democratizing the listening and song selection process, Mixify events are centered around allowing DJs to stream whatever they want to their fans and potential fans.

Unlike many traditional streaming services, Mixify encourages you to set up events ahead of time, asking you when you create an event to provide a specific date and time, write a short description, and make an image for your event to show up on the Mixify site. Speaking of scheduling events, the service currently doesn’t seem to always have a live stream happening, so it’s not over-saturated with hundreds of folks trying to share their livestreams. This is one of the key advantages at the moment, since the streaming ability is specifically targeted for DJs and not crowd-sourced selectors like on Turntable or any type of broadcast like on Ustream, it makes it more likely that random visitors will click into your event and check out your mix.

From a technical perspective, you’ll have to make sure you have your master audio running back into an input on your soundcard or computer – Mixify allows you to choose any input that your computer detects as the sound source. In our test streams, we had no problems getting this set up quickly, with all of our listeners reporting clear and decent quality audio.

Mixify’s streaming DJ experience is a step above a lot of the other streaming services for DJs (see our article on getting started streaming from two weeks ago) simply because it’s designed to be a fun community experience focused on DJs. Setting up an event and starting the actual stream was a snap, and we didn’t experience any major quality drops (aside from our own internet cutting out for a minute during the stream).

The aesthetic of streaming on the site is just plain fun – when you start a stream, it counts down from 10, and slowly turns up the sounds of a crowd cheering and an air raid siren. During an event, DJs and fans can click a “HYPE IT!” button – flashing the entire virtual club with wild colors and lasers – and adding a point to the number next to the button – designed to give the DJ some sense of how well they’re doign. When you end an event, fanfare and cheering fades up, and a sign above the DJ booth prominently declares “You just heard (DJ Name)!”, along with a nice call to action that encourages the folks who are still in the room to add you on Facebook or Twitter. The social media integration is on point – with plenty of opportunities for users to fan / follow / favorite / like the DJ playing in a room.

ON THE ROADMAP: MIXIFY’S FUTURE

We got a chance to chat with Mike Vosters, the product manager for Mixify, to share some of the upcoming features for the site and some of the intents and future focuses of the project. The specific items in the immediate pipeline that he mentioned were:

Mike was also explicit in letting us know that they see their intent as to build one of the best marketing platforms for professional DJs, and as a result, they’re prepared to listen to feedback from communities like ours:

Additionally, Mixify features different communities and genre-based events on their site. For instance, they’ve got a few curated weeks coming up in August, including a Drum and Bass week and a few partnership weeks with blogs and music labels.

WHAT COULD BE BETTER: DJTT COMMUNITY SUGGESTIONS

During our test livestreams last week, we had a chance to chat with a number of you all to see what feedback you all had. The service is obviously still a work in progress (it’s still in Beta!), but only in terms of features and functionality: the site itself was very solid and free of any apparent bug, even when we tested the load with >50 listeners.

First on our feedback list, we all felt that aside from chatting, there’s a bit of a disconnect between the DJ and their audience. Especially with a live stream without any video- it’s not always clear if a DJ is playing live and what they’re doing. This is a clear area in which a video streaming service like Ustream wins out. A great example of this disconnect was the number of times we got the same questions in our streams:

What equipment are you using? Who is playing? Is this really live?

Some of these questions could be easily solved with just a in-window updatable description from the DJ. We found that listeners always wanted to find out what the playing track was – a simple connection to Richie Hawtin’s Twitter.DJ would solve this without DJs having to type in every song manually, as is currently the case. This disconnect goes both ways – as a DJ, without monitoring the chat, it’s hard to tell how the crowd is feeling during a mix – one of the most important indicators that DJ has to determine their next action. Allowing the audience to express their enjoyment is crucial – some form of live feedback would be great.

Another major piece of feedback from us is to fix the lack of support for multi-DJ events. Being able to switch off to the next DJ in a single event would allow events to keep the same crowd without making a new event, and would have the ability to feature multiple DJs – effectively allowing for communities like ours to build up a constant live stream of DJs in a “channel” format.

One closing observation: the aesthetic of Mixify does comes off as a little cartoonish and cheesy, which not everyone will find endearing. Mad Zach especially noted that he didn’t like how strange the avatars looked – I’m guessing it was the broccoli avatar wearing sunglasses that weirded him out. A few additional and more customizable avatars and venues might go a long way in making the experience seem less toy-ish. 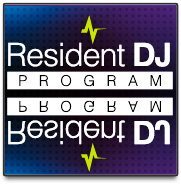 Finally, hot off the presses, Mixify is launching a resident DJ program. This could be a great opportunity for some of the budding stars in our readership looking for a regular online gig. This could be a pretty great chance to get some exposure, especially if Mixify takes off in the coming months. You’ll host a weekly or monthly gig, and the requirements are pretty simple:

In return, they’re promising to promote their resident DJs heavily across the site. For more information and to apply, visit this page and fill out the application.

Learn more about Mixify and use it for yourself here– and let us know what you would change to make it a way cool service.

Special thanks to Mixify’s product manager, Mike Vosters, for chatting with us and adding perspective to this article.  Additionally, thanks to everyone who joined us in our livestreams in all forms last week – yes, we’re planning on doing more. Watch our Twitter account to stay apprised!

Online Club Experience? Turntable FM is getting there.