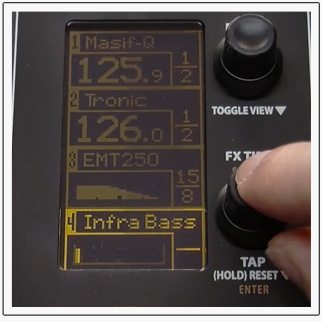 Many of our forum users swear by the DB series of mixers by Allen & Heath, so we’re guessing that at least some of our readers will be stoked to hear that just in time for BPM is a new firmware update for the DB2 and DB4 units. The firmware for both units, V2.0, have introduced a slew of new features and options, many of which were oft-requested by the community of users themselves:

Xone:DB4 V2.0 firmware offers more creative flexibility with an advanced channel FX configuration, which allows the user to determine where the FX section, EQ section and FX ON switch are placed in the signal path – including much requested Post Fade FX. In addition, each FX section can be configured in Classic, Send or Hybrid Mode, to create a subtly different sound for each effect type. The new firmware also introduces a powerful new effect to the DB4’s extensive FX library – Infrabass – a low frequency enhancer that generates infra bass energy from the sub-bass spectrum.

The DB4 update also includes a new spatial crossover tool to independently adjust stereo width above and below a variable cross-over point. A master output balance control for panning left and right is included, and the microphone/auxiliary input can now be routed to any or all of the four main music channels for multiple FX processing and looping. MIDI channel selection and a new MIDI clock generator enabling simple tempo changes at the twist of a knob adds a new dimension to DAW control.

The Xone:DB2 V2.0 update adds the DB4 features: spatial crossover, Infrabass effect, master MIDI clock generator, and the master output pan control. Additionally, the new firmware offers users the unique ability to cascade the two FX units for even greater creativity. In cascade mode, the output of the X FX unit is routed through to the Y FX unit and any channel assigned to the X FX has dual processing.

Finally, the Xone:K2 V2.0 firmware and the DB4 V2.0 firmware have introduced an exciting new integration feature. When connected via X-Link, all four of the DB4 loopers can be remotely controlled on the K2, enabling the user to mix between a loop and the un-looped track using the K2 faders, instantly changing the loop length using the momentary buttons, or changing the main loop length.

The new features are a great reminder of the a value that’s presented in all-digital hardware like these Allen & Heath mixers – one that’s often not discussed when looking at the price of high end units: they’re able to constantly be improved and added to.

Check out the features mentioned demoed in the below video:

The new firmware will be on display this weekend at the 2012 BPM Show, and will be available for download from Allen & Heath soon.

Loco Dice Interview | How I Play