A lot of discussion has been circling DJ communities about the differences between DJs and music producers. Do producers make better DJs? Do DJs make better producers? Do you have to produce music to accelerate a DJ career? In this article I’ll explain the benefits of becoming a music producer and why producers seem to be supplanting DJs in headlining slots around the world.

Music Producers. They’re the lifeblood of your dance floor. They are the reason why you love music. It’s what so many DJs aspire to become. You wouldn’t be where you are without them.

The same applies for DJs. Traditionally, if they didn’t exist, producers wouldn’t have another source of outlet for their tracks. Especially for the ones who are producing EDM. The ultimate validation of a track is in a packed dance floor, but without the DJ that would be impossible.

But the overlap between DJ and producer is thinning. Primarily because the music creation/performance industry has been democratized by music tech retail businesses. Accessibility and affordability of most music production applications have made it easy for everyone to DJ and produce. Abundance in technology creates fierce competition in the marketplace, which means every minute, someone somewhere is working on their music production skills. Next thing you know, you’re buying their music from Beatport and they are touring the world.

The ability to create, express, and sell your music to everyone is an entrepreneurial endeavor which expands beyond DJing. It takes a courageous character to step outside of their box and create something out of nothing. It takes resilience to continue producing even when no one is listening. The transformation from DJ to producer might be one of the biggest personal achievement steps you’ll ever take.

Why? Think about it. From the entertainment perspective, a DJ is similar to a band that plays cover songs all night. They might be talented and skilled but that’s as far as they go. Producers are like songwriters. They can create, perform and license their music easily. They provide value to their fans, industry and marketplace.

In my opinion deep down every DJ is a creator of some sort. Someone who wants to share express him/herself creatively – but most never dig deep enough. Few who cross the chasm will outgrow their old DJ-only self and become a better performer as a result. 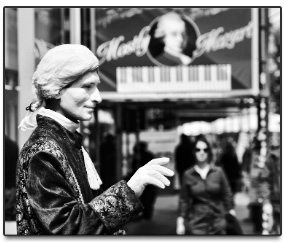 Creating original tracks can most likely improve memory and sequencing. Through listening obsessively to music, one should be able to recognise the pitch of various notes and chords and be able to pick out different instruments.

‘The Mozart effect‘ (Shaw, Rausher, Ky 1993) hypothesized that music caused a rise in intelligence – tested by getting three groups of participants to listen to three different tapes. Group A got a selection of Mozart, group B got a ‘relaxation tape’ and group C got a tape of silence. All participants were then given a test, the same test, to measure spatial IQ. The students that listened to the Mozart sonata on average increased their IQ score by eight or nine points. However, this was only transitory and their IQ score dropped to pre-tape scores in about ten minutes. Other research has shown that preference in music also has an effect on test scores post-tape, whilst other research has shown different results where no IQ increase was found.

In my opinion, producing also can make you more intelligent. Being able to pick out notes, or accurately remix the works of other people are intricate processes that build multiple skills concurrently. It has also been shown that when creating music, regions of the brain associated with fine motor control are activated.

Producing will teach discipline and improve your memory. Being able to remember complex arrangements and patterns over a period of time will enhance your ability to remember other things (such as strings of facts) and will open up new neural pathways. A study by the New York Academy of Sciences looks at whether music training can make individuals smarter. Scientists found more grey matter in the auditory cortex of the right hemisphere in musicians compared to non-musicians The same applies when you are creating music in DAWs.

Also, in reference to muscle memory and multitasking music will help both these facets if you are playing a musical instrument or making beats. In my own personal experience, producing music has helped me to dissect everything with granular detail. 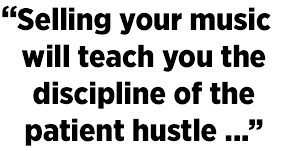 In the internet age, forget the idea of making music and getting picked up by a huge record label. Things don’t work like that any longer. You must learn how to sell, market, and license your music to different services. Each service requires special tactics and different approaches. For example you’ll learn that it will be really hard getting your fresh produced track to labels like Ultra or ToolRoom. Don’t expect to have your track listed on Resident Advisor, Hype Machine’s Top 10, or Beatport News in the first year.

Selling your music will teach you the discipline of the ‘patient’ hussle. It’s probably one of the most important skills you’ll ever learn. Adding street smarts to the hussle makes you attractive to everyone you meet, and these qualities might have never surfaced if you were just DJing.

Also the art of acquiring fans is changing everyday. Don’t expect people to follow you just because you have tracks on iTunes, opened for Alesso, or have a weekly residency at a big club. In my opinion, attracting fans is about influence on many fronts – like domain experience, thought leadership in your genre, consistently putting out great music and so on. You’ll learn that marketing is about authenticity and providing value to people who care.

All that stuff will take time. You need patience coupled with tenacity, which are core qualities of any business person. Some producers have that extra quality that makes them never give up.

I see this extra dose of tenacity in only about 1 of 10 everyday producers –  if you’re not naturally one of these people you probably know it, too. You see that peer who always pushes things further than you normally would. When are you going to get further out of your comfort zone and be more tenacious? It is really what separates the wheat from the chaff.

COLLABORATING WITH YOUR PRODUCTION TEAM

Unlike the relatively solo-focused world of DJing, music production is heavily influenced by collaborations. It could be with musicians, drummers, vocalists or other producers. You’ll learn how to leverage your weaknesses against your collaborator’s strengths. Communicating creatively and passionately about a project is a very gratifying experience. Music has always been a huge connector of people, but harmoniously working on a musical project is an out of world experience in itself.

You’ll learn that working on music with people is a very personal undertaking (especially vocalists). Being careful with their thoughts and opinions will teach you to become diplomatic and empathetic. 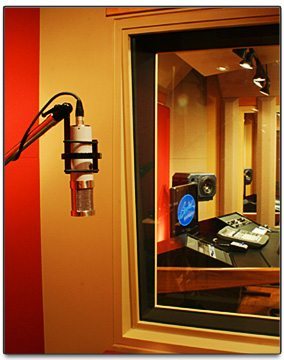 For my second EP, I had spent five hours a day (on top of my day job) working on it with one of DC’s most creative producers. All the tracks on the EP had vocals and there were problems with one of the vocal performances. After numerous retakes at a professional studio and then again at my private studio, I concluded that our vocalist wasn’t capable of a quality cut, so I suggested to my partner to scrap the entire song and look for another vocalist.

He agreed that our vocalist needs work, but he was adamant to give her a chance and be patient. I reluctantly agreed. The project was now five months behind schedule and started to get pressure from the label. It took three months to complete that specific track, while the other tracks in the EP were mastered and ready to go. I still wasn’t happy with the finished product but I know she gave it her all. The track ended up selling 4 times more than the other tracks on the EP.

That experience taught me that being a team player isn’t just about working with others to achieve a common goal or product. It’s really about empathy, patience, open communication and most importantly giving someone a chance to do their best. Not sure how I could have learned all of that if I was just DJing. 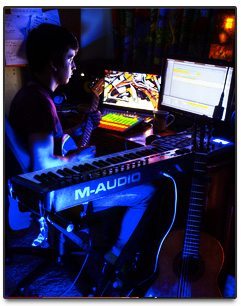 As I’ve said previously on my other posts, being a great music producer/DJ is about moving the ball forward a few inches every day. What astounded me when I switched from being a DJ to producer was the sheer amount of decisions I had to make during the music creating process. The minutiae. Some of it incredibly important.

The decisions sound so basic when you’re not the one having to make them. Should you go with a Tech House or Deep House track? Should I create it in Ableton, Logic Pro, or Cubase? Should I sequence every instrument or hire musicians? Should you use plugins or outboard analog gear? Should I sell it personally on my site or find a label to pick it up? Should I start my own label? Should I offer it for free to my SoundCloud followers or hide it on my drive until I find a label?

It never ends. And there is no such thing as a music production decision with complete information. The best producers have a bias for making quick decisions and accept that at best 70% of them will be right. They acknowledge that some decisions will be bad and they’ll have to recover from them. Producing a track might be a game of inches but you don’t get timeouts to pause and analyze all of your decisions. It’s a creative, emotional, productive and detailed undertaking. Quite a challenge!

Making these small decisions helped me improve on other aspects of my life. Now I tend to make strong resolute decisions quick. I stopped sitting on the fence paralyzed.

TIME TO START YOUR FIRST TRACK

I strongly believe you learn a lot about yourself by stepping into the shoes of a producer. You’ll notice rapid growth in other areas of your life that’s not directly related to music. You learn what you do when you get punched in the face many times by labels, distributors, and other industry folks. You learn that you are bad at many things, lucky if you’re good at a handful of things, and learn to leverage your weaknesses to other producers.

Your inner producer will ultimately render your inner DJ obsolete.

Mohamed Kamal is an ex SiriusXM DJ/Producer turned entrepreneur from Washington, DC. He is the Founder and CEO of Gigturn, a platform that connects DJs with fans and gigs.