So, it’s almost summer and you’ve got your poolside reading list all set to go, right? We’re going to assume you’re like the rest of us and don’t really think about those kinds of things until it’s too late. So, in the spirit of procrastination, we’ve got another ten books for your perusal. This time the picks are a little less essential, erring mostly on the esoteric side of things. But just because they’re harder to source, doesn’t make them any less useful for the aspiring dance music aficionado – read on!

We’re going to be blunt, some of these are really expensive, but they’re all works we’ve read and recommend. Who knows, maybe you’ll stumble across one of the rarer ones while on vacation? Scarcity aside, we’ve done our best here to make them accessible, with links, approximate prices, and even excerpts where applicable. 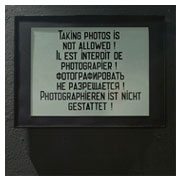 Lost and Sound: Berlin Techno and the Easyjetset
Author: Tobias Rapp
Price: Out of print (available on the secondhand market ~$20)
Why It’s An Awesome Read: Admit it, last week’s feature on “Making A Living in the Berlin House and Techno Scenes” got your mind fixated on moving to the German capital. Before you do, make sure you read Tobias Rapp’s excellent, and recently translated, book about Berlin nightlife. Contained within its pages is a wealth of information that covers an astounding amount of ground with essays about it-club Berghain, minimal superstar Ricardo Villalobos, and the infamous-yet-sadly-defunct Bar 25. Most importantly this book identified the concept of the “Easyjetset,” a new breed of plane-hopping tourists who take advantage of the cheap fares of airlines like Easyjet and Ryanair to go full-on weekend warrior in Berlin. Check out this excerpt on Resident Advisor. 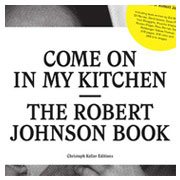 Come On In My Kitchen: The Robert Johnson Book
Author: Bill Brewster, DJ Harvey, Gerd Janson, Ewan Pearson, Ivan Smagghe, Theo Parrish, and many others
Price: 19 Euro on Robert Johnson’s website
Why It’s An Awesome Read: Berlin isn’t the only town in Germany that harbors a thriving nightlife. Head to the Frankfurt and you’ll find the esteemed Robert Johnson, considered by many to be one of the best house-oriented nightclubs in the world. Since a plane ticket is probably out of the question, pick this book up for a voluminous and educational distillation of the venue’s carefully considered aesthetic, with tons of information about Frankfurt’s dance music history as well as short, readable essays by some of the biggest DJs in the global underground. 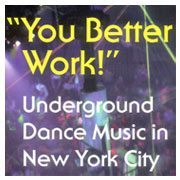 You Better Work!: Underground Dance Music in New York City
Author: Kai Finkentscher
Price: $13.77 on Amazon
Why It’s An Awesome Read: When it comes to books on house music history, Chicago is almost over represented. As of this writing, there’s very little work out there that tells the story of New Jersey and New York, the birthplace of what’s now referred to as garage house or US garage. Kai Finkentscher’s book is an in-depth piece of ethnomusicology that examines the history and cultural dimensions of this music from an insider’s perspective, with sections analyzing house dancing, DJ technique, and the complex relationship between this kind of music and black and gay culture. Recommended if you like Kerri Chandler, Masters at Work, or any of the current artists (i.e. Bicep) currently mining this sound. 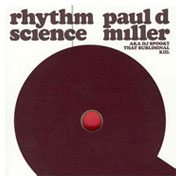 Rhythm Science
Author: Paul D Miller (a.k.a. DJ Spooky)
Price: Available on Amazon for $13.99
Why It’s An Awesome Read: This short but incredibly dense book is an attempt to argue a new kind of creativity from a DJ’s perspective. Paul Miller, better known as DJ Spooky, uses DJ culture–with an emphasis on hip-hop turntablism–to chart a course through the thoughts of W.E.B. Du Bois, John Cage, Marshall McLuhan, and Marcel Duchamp. It might seem high-minded, but it’s another one of those books whose content has the potential to change your perspective on DJ culture, hip-hop, and, in the end, creativity in general. 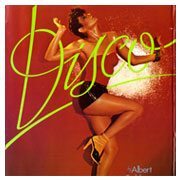 Disco
Author: Albert Goldman
Price: Out of print (available on the secondhand market ~$90-$900)
Why It’s An Awesome Read: There are a lot of excellent books about disco out there, but none will ever have the same impact as Albert Goldman’s Disco. Published in ’78, it manages to capture the excitement and novelty of the Manhattan disco movement (think Studio 54), while also making the case that club culture harkens back to an ancient kind of Dionysian release. That might seem hokey, but he makes a pretty good argument. More appealing is the way Goldman illustrates disco as it really was, with tons of excess-laden photos that make today’s clubs look about as fun as a public library. 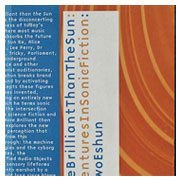 More Brilliant Than the Sun: Adventures in Sonic Fiction
Author: Kodwo Eshun
Price: Out of print (available on the secondhand market ~$90-$400)
Why It’s An Awesome Read: Fair warning: this one’s about as far away from beach reading as you’re going to get. Kodwo Eshun is a British theorist associated with the Cybernetic Culture Research Unit, a renegade group of academics at Warwick University who approach music from an intensely theoretical perspective. In More Brilliant Than the Sun he uses the dazzling language of post-structuralist thinkers like Gilles Deleuze to open up the sonic fictions implied in the works of artists as diverse as Underground Resistance, Rammellzee, 4Hero, and Cypress Hill. This is the kind of book that, once read, will change the way you look at dance music forever. Can’t fork out that much cash for a work of theory? Check out this full PDF scan. 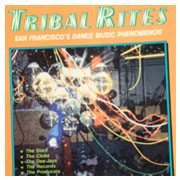 Tribal Rites: The San Francisco Dance Music Phenomenon 1978-88
Author: David Diebold
Price: Out of print (available on the secondhand market ~$300-$400)
Why It’s An Awesome Read: In general, San Francisco’s contribution to the history of dance music is usually relegated to psychedelic rock and Burning Man-esque rave culture. Yet between those two periods was a moment that birthed a unique style that helped play a role in shepherding disco into the more synthetic territory of house. Occurring right in the middle of the AIDS epidemic, this was called “The San Francisco Sound” or, more commonly, HI-NRG. David Diebold’s book meticulously documents every aspect of this tragic yet creative moment, with interviews featuring major artists (like Sylvester, for instance), as well as DJs, club owners, and everyday party people. 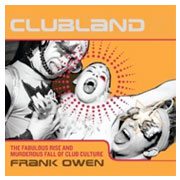 Clubland: The Fabulous Rise and Murderous Fall of Club Culture
Author: Frank Owen
Price: Available on Amazon for $17.10
Why It’s An Awesome Read: Hunter S. Thompson on ketamine is perhaps the best description of this work of narrative fiction about Manhattan’s balls-to-the-wall ’90s club kid scene. Weaving three distinct stories into a cohesive whole he gets a broad picture that focuses on the connection between one-eyed nightlife impresario Peter Gatien, Miami mob boss Chris Paciello, and unhinged party promoter Michael Alig (whose murderous life was chronicled by Macaulay Culkin in the terrible Party Monster). It might not teach you much about DJing, but it does a lot to explain just how wild New York used to be. 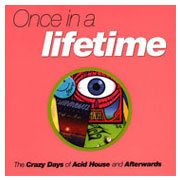 Once in a Lifetime: The Crazy Days of Acid House and Afterwards
Author: Jane Bussmann
Price: Out of print (available on the secondhand market for ~$15)
Why It’s An Awesome Read: Few books convey the cheekiness of the acid house days like Jane Bussmann’s Once in a Lifetime. Less of an academic text than a fond remembrance, it gathers together tons of articles, pictures, and flyers to paint a picture of England in the late-’80s on the verge of a Balearic-tinged breakthrough. Much like Albert Goldman’s book, it cataloged the event as it happened, and as a consequence offers the reader a chance to step into the mindset of the period. 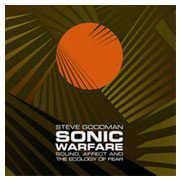 Sonic Warfare: Sound, Affect, and the Ecology of Fear
Author: Steve Goodman (a.k.a. Kode9)
Price: Available on Amazon for $14.13
Why It’s An Awesome Read: While it might not help you as a DJ or producer, Steve Goodman’s treatise on the use of sound as a weapon makes for a fascinating read. Goodman, who’s better known to the DJ world as Hyperdub labelhead Kode9, is a lecturer in the UK higher education system who specializes in theorizing such subjects as bad-vibe inducing high frequencies, physically discomforting low tones, and various other kinds of sonic weaponry. Along the way he makes his case using theoretical gymnastic language pulled from such cultural critics as Paul Virilio and Henri Lefebvre (whose ideas of “rhythmanalysis” play a major role). Though a complex work, stick with it and you’ll find yourself with a whole new perspective on the futurist leanings of UK bass culture.

Admittedly some of these are pretty esoteric, but together they only make up a small portion of what’s out there on the shelves. Do you know of some rare or underlooked books on DJ culture? If so, be sure to share your picks in the comments section below.

An Introduction To Mixing with DJ Isolators