Before, During, and After Gigs: Social Media Strategy Part 2

One of the key components to keeping momentum in a modern DJ career is maximizing the amount of information that you squeeze out of each and every DJ gig. For hungry artists, gigs are not just about playing a set, getting drunk with your friends, and copping off with a groupie – it’s a step towards another gig, and if you’re really smart, steroids for your fanbase online. That means that you need to have a solid social media strategy in place to deal with gigs. Here are some ideas for posts that you can do on social media, Before, During & After gigs.

This is the second article in our summer series on DJ/producer social media strategy. Read the first one here! 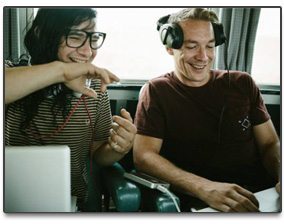 All DJs are guilty of writing boring, self-promotional posts on social media about upcoming gigs. You have to do better. The worst posts are when a DJ will just link to an events page on Facebook, or a website, accompanied by something bland and impersonal like:

I’m really looking forward to playing my gig on Friday at [insert club name in here].

That kind of generic self-promo will entertain absolutely no one. And as we mentioned in last week’s post, entertainment should be the no.1 objective of your social media posts.

So the challenge is, how do you get the information out to your fans that you’re playing a gig, whilst also entertaining them? You have to create content around your gigs, and schedule it in advance using a publishing platform such as JustGo Music. Facebook also allows you to schedule posts ahead of time – while Twitter does not!

Drip-feed your audience pieces of content in the run up to a gig, and schedule all of your gig posts in advance. Have a format for every gig. Commit to a minimum amount of pre-gig posts, like for example, three dedicated Facebook posts before a gig.

Here are some very simple ideas for posts that you can schedule in advance of gigs: 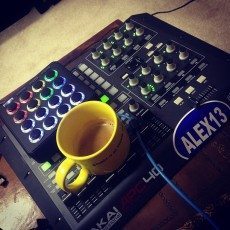 1. Technical setup discussion + photos: If you’re reading this, odds are you take your DJ technology seriously. That means that your DJ setup will probably change quite regularly, perhaps even before every gig. So why not, before every gig, share and discuss your DJ set up with your fans.

If you’re proud of a new RGAS tech purchase, take a photo of it and let your followers know that you can’t wait to blitz the floor on Saturday with a mash up live performance that you have specifically prepared for your gig at [insert club name here]. Be sure to tag the gear manufacturer – you never know who might share the photo!

Ask your fans what their preferred method for set preparation is. Seek out debate and discussions. Share ideas. Give fans a window into your technical and creative process. You are an artist of the dancefloor, so reveal some of the methods that you plan to employ to lead people on a merry dance.

The key to this type of simple tech-related post, is that you’ve managed to get a mention in there about your gig, but you’ve hidden it in a thoroughly tasty nugget of information. 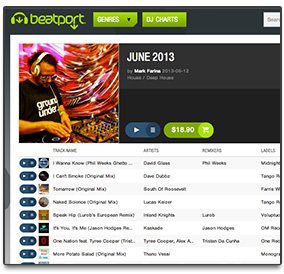 2. Pre-set DJ chart or big hit reveal: DJ charts have been around forever. You’d think that we’d all be bored of DJ charts by now, but the beauty of charts is that they are so very tied to the present. That makes them your go-to pre-gig content. Every DJ gets their record box in order before a gig, so why not involve your fanbase in that prep? Hearing the records that you plan to play on the night, will get hardcore fans fired up, and might even convince fence sitters to cancel their planned Game of Thrones marathon night in, for a rave on the local ‘floor with you. Get your DJ chart on Beatport and Resident Advisor for added kudos.

If you don’t have the time to do a whole Top 10 chart, share your biggest track at the moment with fans, and tell them that you plan to drop this monster of a tune at the peak moment of your set at [insert club name here].

3. Pre-gig personal thoughts – As an artist who uses social media, at some point you will need to decide how much of your life you want to share with your fans. Sometimes, writing a thoughtful post about how you are feeling pre-gig can open up another level of emotional connection with your fanbase. Sharing excitement, or nervousness, or fear with your fanbase, will endear them to you, and it will create a deeper connection. Empathy can be a powerful motivator for a fan to see a DJ play. It might feel a little odd to share such personal thoughts with a group of strangers, but once you take the plunge you’ll find that people generally react overwhelmingly positive to personal insights.

4. Photos towards the gig – As you get closer to your gig, you will need to start communicating closer to real-time. The easiest way to do this, is to upload photos of yourself as you’re preparing for the night. Perhaps it’s you packing your suitcase before the airport, or you sorting out all of your DJ cables. You can do those types of photo posts way in advance, schedule them for publication, and no one would ever know. Begin to think in emotional terms about what excites you around your gig, and then share that excitement with your fanbase. That kind of genuine emotion, is exactly what fans love.

Just schedule posts to go out around the time that you would actually be doing that type of activity anyway, and if you use a scheduler tool, you can even schedule it by time zone if your gig is in a foreign country so you’re always bang on time. 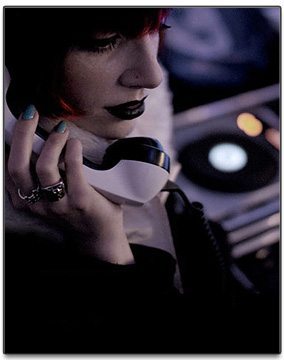 Never actively tweet or Facebook during a gig. The only thing that you should be doing during a set is DJing – however there are a few things that you can do during a set to maximize the amount of information that you extract from your gig.

Back stage can be a pretty sexy place. Everyone wants to be back stage. With five minutes to go before your set, you will no doubt be really excited so share that moment with your fans.

Upload a tweet, or a photo of yourself saying something like 5 minutes to go time! That kind of real-time update live from a venue can be really exciting for fans who couldn’t make it to your gig. Make them feel a part of your night. Bring them into the DJ booth with you, and perhaps, even to the after party.

During the middle of your set it’s easy to get caught up in the moment and forget about social media, however sets are ripe for content gathering. Never forget that!

Pass your phone to a friend if you’re too caught up in DJing (as you should be), and have them take as many photos as possible of you rocking the floor. Have them record a video of you dropping a bomb that destroys the crowd. Capture those big moments, because that kind of action is awesome for fans, and excellent content for you to schedule for publishing post-gig. A lot of clubs will have a professional photographer working on the night too, so make friends with them, get their email address, and contact them later for some free professional photos of you rocking the house. 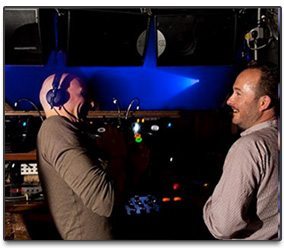 3. Me with a guest DJ photo

A lot of you will, at some point, warm up for a big guest DJ. The fact that you are being trusted to warm up the floor for a famous DJ is very valuable data, as it helps to build your reputation as a credible, reliable DJ. Whenever you are presented with such an opportunity, take a photo of you and the guest DJ as you are changing guard in the booth, and save that photo for scheduling later (preferably the next day). Associating yourself with famous DJs will really help to build your brand.

You should make a habit of recording every set that you play at a club. You shouldn’t release every recording, however sitting on a bank of live recordings is very useful for whenever you are scratching around for a piece of cool content to share (on a hangover). 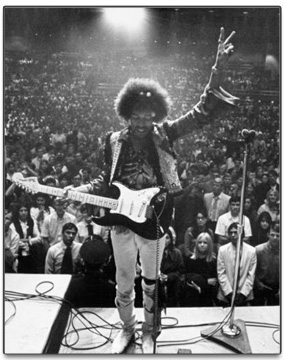 If you’re lucky, post gig, you should have a bank of content from the gig that you can schedule out over the next few days. Here are a few other posts that you can do, besides the sharing of media directly from the gig.

This is about decompression. Post gig, analyze how you did and share that feedback with your fans. What could have been improved? Was the technical setup good or bad? Be honest, give insight and share your thoughts about your set.

There is nothing worse than reading a note from a DJ post-gig that says something really boring and obvious like, Thanks [insert city name here], that was awesome. Do something more entertaining, insightful, and perhaps even educational.

Don’t release a live recording of every set, however release recordings of your best sets occasionally. Spread your sets far and wide (JustGoMusic’s upload feature allows triple uploading of your sets to Soundcloud, YouTube and Mixcloud in one shot).

DJs are in a unique position to know, hands down, what are the biggest tracks in dance music. Because you alone, are the ones, who can drop tracks and then watch in real-time as a crowd reacts. So share that unique viewpoint with fans. Let them know, after every gig, which track led to the biggest reaction.

This is, hands down, the biggest track in my record box right now.

However, try to avoid choosing one of your own tracks, even if it did lead to the biggest reaction, because people naturally mistrust any kind of self-promotion, and trust is what you’re trying to build with your fanbase. Use your musical knowledge. Become a tastemaker.

Editorial Disclaimer: Mr. Church is the force behind JustGoMusic – which is why it’s mentioned multiple times in this article. There are other great tools out there for social media management – like HootSuite and Buffer – but JGM is focused and being designed for DJs, labels, and producers.

Social Media For DJs: A Total Waste Of Time?

Dress for Success: Marketing Yourself as a DJ