Social Media For DJs: A Total Waste Of Time?

Last month, we engaged in a full on “make-over” of my social media presence. The question was: If I followed the advise of experts and upped my posting regularity – could we double my followers? Using scheduling tools, and the assistance of a few people in DJTT my mission was to drastically increase the number of posts per day and take my activity from zilch to full on. How did things fare? Did I succeed? Most importantly – what did we learn?

The series started off in an onerous fashion with the top rated comment  beseeching me to make more videos and forget about social media:

This was the big question. Could I provide value on social media without taking time away from the real work of an artist?

In short – the answer was yes and no. While I managed to have a few moments that really worked, most of our posts were largely noise, and did little more than distract me from creating inspiring content. The schedule we set out for ourselves was unrealistic and not even that effective in the end.

There were a few moments where social media did show some real potential but the experiment was a mixed bag and brought me back to my previous verdict: post when I have time and focus on creating real value – not talking about it.

We set out with a lofty goal of doubling my followers. Here are the raw numbers on where I started + ended up:

Verdict: Perhaps I set the goals a bit too high in trying to double my total fanbase in such a short time period. There’s no doubt that being more active seems to have resulted in a growth of fans, but it was primarily a few cool + interesting posts that really succeeded. It seems that just because you’re the person who is talking the most in a room doesn’t mean that you’re the one everyone pays attention to.

This is pretty well correlated with a slide that was a part of an industry report released at the International Music Summit earlier this year. The slide (pictured below) shows that tweet frequency was not a major determiner of total followers among DJs and electronic music artists:

Posting to social media daily is hard enough for regular people, but for artists with busy careers it’s very challenging. If you happen to be slightly insane and find yourself running a company at the same time  (like me) – it’s nearly impossible. What’s the answer? Normally companies like Fame House step in and manage the social media channels of big artists directly. These social managers are posting on their behalf and keeping the funnel full with up to the minute content – he’s Fame House’s Digital Strategy Director Hisham Dahud on the matter:

“In today’s digital world, it takes a great deal of diligence to keep up to date with all the changes occurring nearly everyday. Platforms are constantly being updated, new experimental technologies are popping up on a regular basis… so it’s important for an artist and their team to remain ahead of the curve. When you’re playing 150 gigs a year, running a label, and/or making music year round, you simply don’t have time for that.” 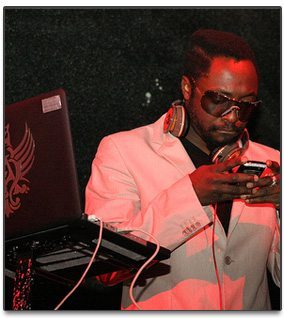 Gig Posting: We set a bunch of posting goals including a prescribed number of tweets + Facebook posts before, during and after the gig. This was my biggest fail. Actually delivering content around the gig is nearly impossible for me personally. My gig routine after 15 years of DJing has largely settled into:

There is just no room in here to be taking photos and posting to social media about my upcoming gig, and frankly I am pretty sure no one really gives a shit. Perhaps David Guetta’s fans want to see backstage shots with Paris Hilton but I am pretty sure mine just want new cool technology to play with.

High Volume Managers: Because posting everyday to three sites was impossible with my daily demand, we scheduled out tweets in advance and had Dan (our managing editor) post to Facebook daily on my behalf. Perhaps the fans don’t really care if it’s not really me, but in the end this just felt plain douchey. Not surprisingly, very few of these posts gained much traction and almost none of them achieved the real goal of building a base. Im definitely not comfortable with, and won’t have other people posting on my behalf in the future.

My personal philosophy is:

“If you don’t have something great to say, don’t say anything at all”

Posting little bits of info everyday just for the sake of staying “active” on social media doesn’t fit my personal values, and frankly seems to only benefit Facebook. Zuckerberg has plenty of money, so for the time being I think he will be okay if we post a little less.

One night, frustrated by the largely vacuous and impersonal posts like: “Check out this cool photo of me and my studio speakers! Aren’t they cool?” (barf in my mouth), I was inspired by some atrocious stage photos (from a young DJ who will remain anonymous) and posted something real, personal, and serious:

40.6k people saw the post, and my numbers really made a jump for the first time in the entire experiment. This was a simple, heartfelt note without any fancy photos, media or videos. My personal takeaway: Skip the fluff and post things that actually matter when you have something real to say. The DJ world is chalk full of smoke, mirrors, and PR BS – perhaps the way to cut through is by showing them who you really are.

The runner up for second best post in terms of reach (albiet much lower at 18k) was a simple photo of an awesome street DJ I saw spinning 45s on a Columbia GP3 toy DJ setup. This again removed me from the center focus and instead allowed my perspective and observations on something cool to be the focus of the post.

Social media is an interesting way to share smaller bits of value between the bigger moments in an artists career. In today’s fast-paced, over-saturated environment it does seem that DJs who only publish every few months or even years get quickly forgotten about. Staying engaged with your fans on a weekly basis can keep the energy alive and build up excitement to the big releases, but it’s easy to get caught up in the posting frenzy.

One good example is the new DJ TechTools Midi Fighter Twister project (pictured at right). Rather than a single announcement saying the controller is coming, followed by one long break, and other post 4 months later saying it’s here, we have been providing regular updates on the project development. This style of update worked amazingly with our first product, the VCI-100SE: after 4 months of talking about the controller and getting people excited, the first batch sold out in 2 hours when it finally dropped.

I would personally avoid forcing yourself to post “something – anything” daily and instead post when you have something that people will want to share. That is the entire point right? Without meaningful, sharable content – we are all just shouting in a very noisy world.

The header photo uses part of a sketch from talented illustrator Keebs.

5 Cool Ways To Promote Your Music For Free

How to Get a DJ Residency