Finding DJ + Production Contests (And How To Win Them)

Whether you’re a DJ, producer, or something in between, one of the best ways to get better and get noticed is by entering competitions. Not only can you win a bunch of awesome DJ gear, but you often get the chance at a release on a notable label, or a new gig that could mean big things. Artists like James Zabiela and Doorly got their start doing remix contests, and countless others are catching their own breaks right now. Here’s our guide to finding and entering online contests, as well as some great tips from contest winners, including Madeon!

WHERE TO FIND DJ + REMIX CONTESTS

Contests for DJs and producers are tracked very keenly around the web by people just like yourself. The best ways to find the perfect contest for you to enter is by consulting an aggregator that contest organizers submit to, or by checking out notable sites that are known for hosting their own.

Protip: Instead of visiting all of these sites every few weeks, try adding them to an RSS reader like Feedly to automatically know when there’s a new contest listed. The more time you’ve got to work on your entry, the bigger of an advantage you’ll have against the competition! 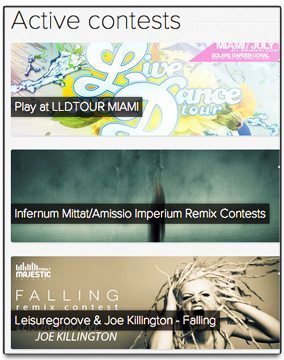 Kreasound is collector and host of many remix contests from record labels all over the world. The site is laid out with an easy to use interface and numerous pages of remix contests. (A great place to host a remix contest for free too.)

Talenthouse is a repository for “upper-echelon” remix work: they typically host “collaborative” work, meaning that not all of their entries are remix contests, but many are interesting opportunities to collaborate or produce for interesting artists.

Beatport Play is of course the mammoth subdivision of Beatport that handles remix competitions for artists of varying electronic genres. In the last year, their number of users has skyrocketed, making these contests some of the most competitive in the industry.

Indaba is a remix contest website that typically handles non-electronic music fare, and the remixes are much more varied. The voting system on Indaba is also less closed, so an element of spamming typically gets involved quickly.

Mixcloud regularly hosts a number of competitions that focus (naturally) on a longer mix or mixtape format. This is a must-stop site for DJs who aren’t in the production game.

MAKING YOUR ENTRY STAND OUT 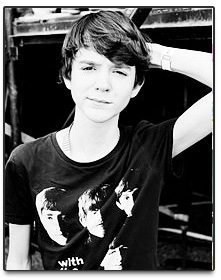 We decided for this article it would be clutch to check in with Madeon, who prior to his Pop Culture video saw success winning an Image Line FL Studio contest to remix a David Latour song, as well as winning Pendulum’s “The Island” remix competition. He had four “general but genuine”  points of advice to share on making your remix entry stand out:

• Find a competition featuring a song you’re really excited about working on.
• Make sure the competition is fairly judging music and skill, not promotion techniques.
• Try to write something in a unique style, disregard the trend.
• Avoid being too close to the original song, don’t use all of the stems.

We also asked Singularity, the winner of both the Beatport “In Time” contest and the EDC Insomniac Discovery project, to give those entering remix competitions some advice – here’s what he had to say:

“If you’re remixing a vocal track, try and only use the acapella. Don’t try to make a ‘remix,’ per se. Instead, your goal should be to create a whole new song around the acapella that’s hopefully better than the original. […] If the sound quality isn’t there, you won’t win. You could have the greatest ideas and chords, but if it’s not clean, it won’t matter.”

Some more tips from the DJTT Staff:

Read More: How To Make a Great DJ Performance Video

CONTEST WINS THAT HAVE LAUNCHED CAREERS

For just a bit more inspiration we decided to include some of our favorite entries that have won big and helped to launch a major career for the winner:


Madeon‘s big contest win was in for a contest to remix Pendulum’s “The Island”. Here’s the finished piece:

Doorly won a competition in 2007 to open for Fatboy Slim and Armand Van Helden at the Southern Fried Records party in Brighton, England by putting together this mix:

The best thing to do once your track is submitted – let it be! Put a posting out there to your fans and friends, but leave it at that. Even a cursory look at any of the remix contests online reveals that they’re completely saturated with anonymous users spamming links to their tracks – or in many cases, buying plays, likes, and traffic to the entry. As Madeon mentioned in his advice above, find contests that aren’t judged on promotional skill, but instead skill at the actual art of DJing or producing itself – and let your entry do the talking.

This article written in collaboration with our editorial intern, Nick, who happened to just win a DJ contest last week.